Latest
You are at:Home»ZONAL ACTIVITIES»CAMPAIGNS»DE ADDICTING GOA – SEMINAR ON ALCOHOLISM IN GOA : IMPACT OF GOVERNMENT POLICIES AND MARKETING STRATEGIES OF ALCOHOL COMPANIES 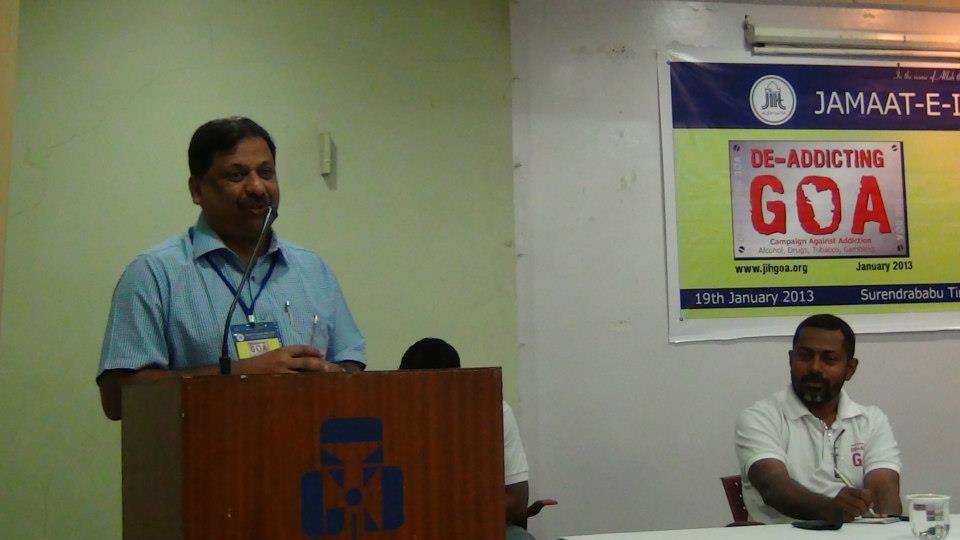 The Jamaat-e-islami Hind  initiated campaign against alcohol and other addictive substance  “De-addicting Goa” organized a day- long seminar at GCCI Hall Panjim on 19th Jan 2013. The  Theme of the seminar was “ Alcoholism inGoa : Impact of Government Policies and Marketing Strategies of Alcohol Companies”.

Chairman – Goa Medical Council  Dr Shekhar Salkar  was the Chief Guest at the seminar and in his address to the delegates stated that  we  have legalized sale of mass killers such alcohol and tobacco because every year tobacco alone kills nearly 10 lakh people in India  and the figures for alcohol would be still higher. He emphasized the need to have “  Special Task Forces for Implementation ” to have  effective enforcement of laws. 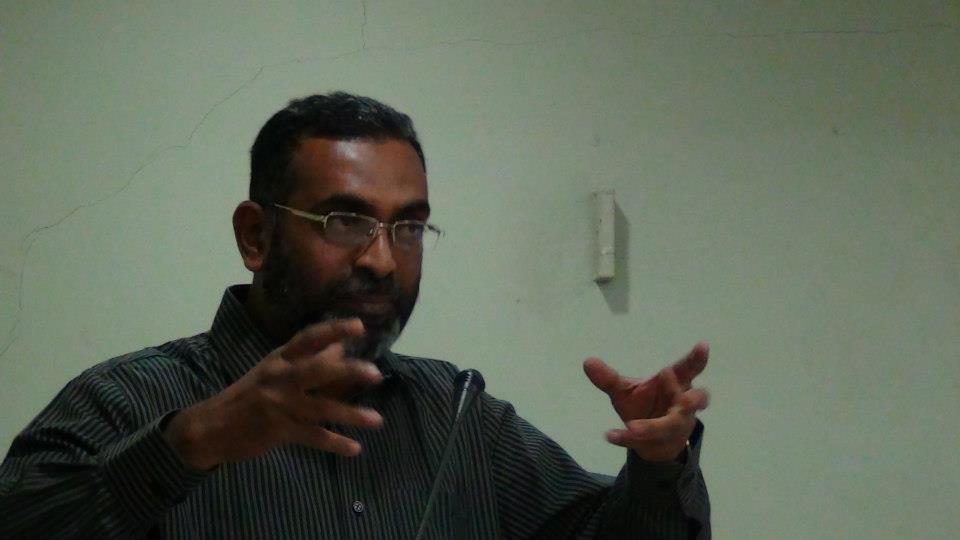 S. Ameenul Hasan delivering the Keynote Address at the seminar

Mr.S Ameenul Hasan, a psychologist  and CAC member of JIH in his keynote address said that alcohol is a worldwide menace and statistics from around the world prove  alcohol to be behind all the major assaults, road accident deaths, crimes and depression and even downfall of nations. He elaborated on the subject and said people with emotional immaturity and moral weakness resort to alcohol. He personally preferred a spiritual treatment  as a solution to the problem and said that this could work wonders for any society. Mr. Tomazinho Cardozo chaired the technical session on “Impact of alcoholism and drug abuse on Goan society” . 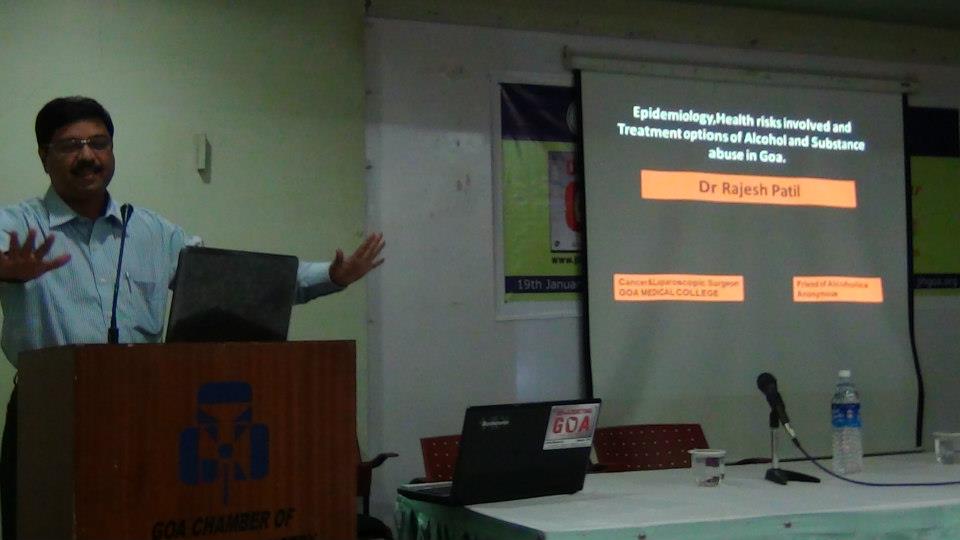 Dr. Rajesh Patil Presenting His Paper at the seminar

Dr. Rajesh Patil  shared his practical experience of 20 years in this field and gave statistics of GMC to prove the destructive nature of alcoholism prevalent inGoa. Mrs Sarita Shirodkar and Dr.A. R. Royan also presented papers in this session. 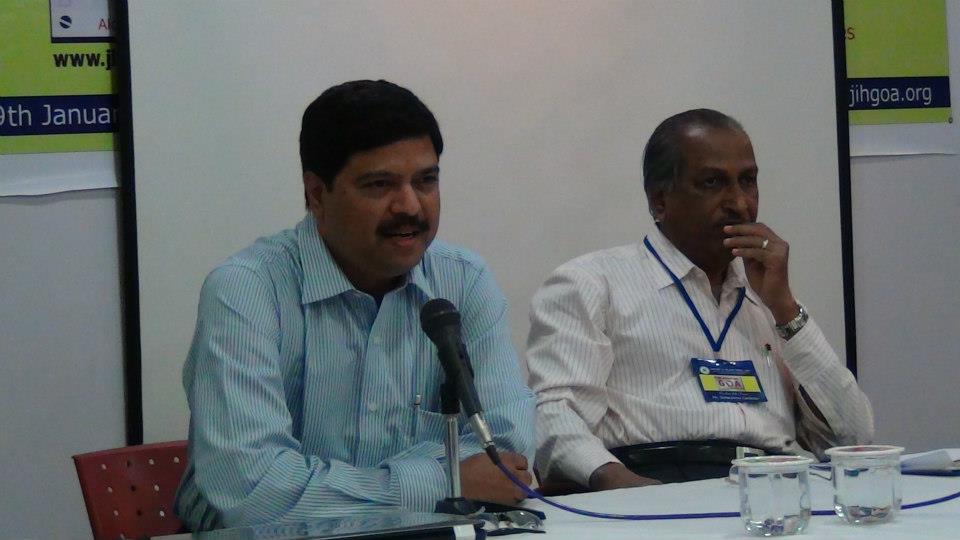 The session chaired by Dr. Nandkumar M Kamat  in which Dr. Sabina Martins and Soter d’Souza presented papers concluded emphatically that the need of the our was a  government that upholds the article 47 as stated in the directive principal of the constitution and not the one that promotes alcohol in the garb of promoting tourism to earn sin taxes. The  session emotionally expressed that the priorities of the Government should not be wine festivals but educational, nutritional and sociological security of the people. The last session was presided by Dr. Edward D’Lima . Abdul Wahid Khan Zonal President JIH Goa presented momentos to the chairpersons and paper presenters, Br. Shoaib Shaikh compered the program and Br. Asif Hussain proposed the vote of Thanks 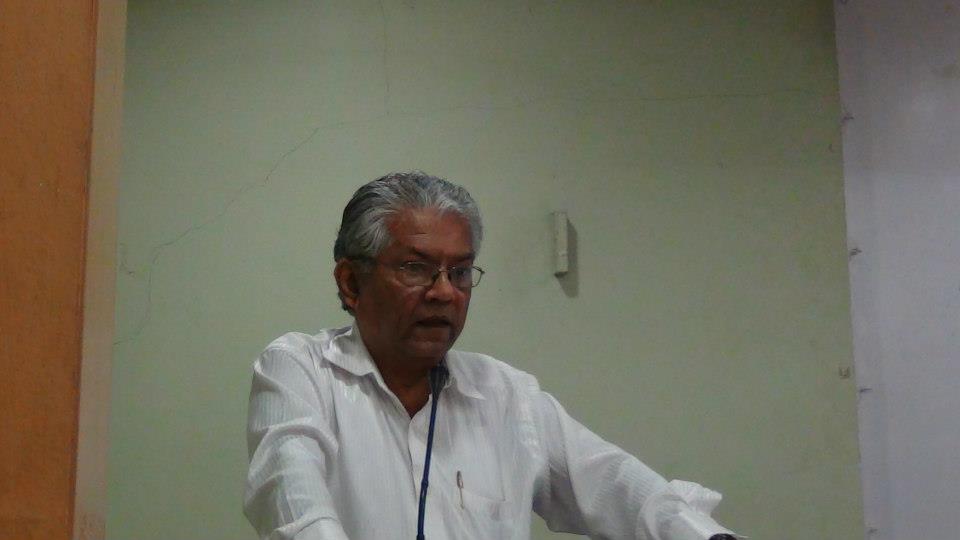 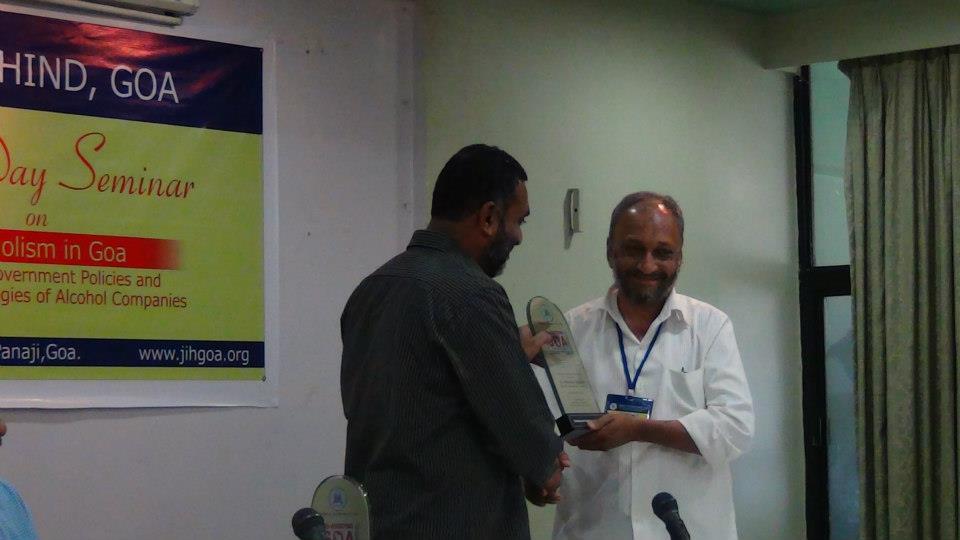