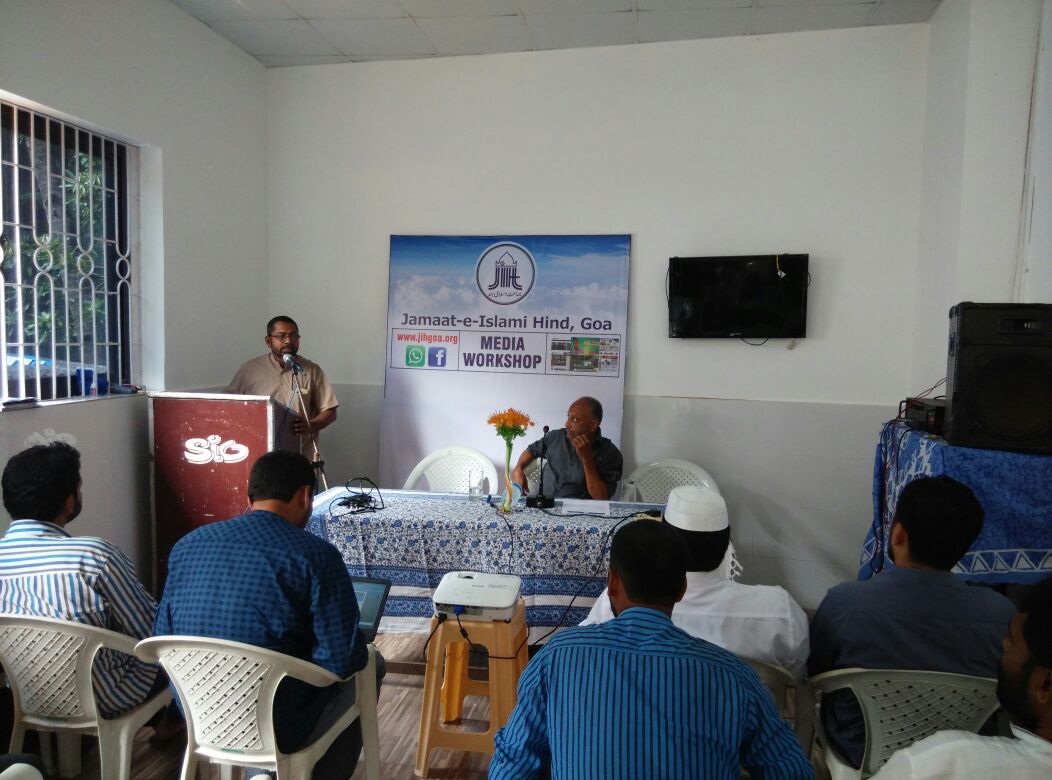 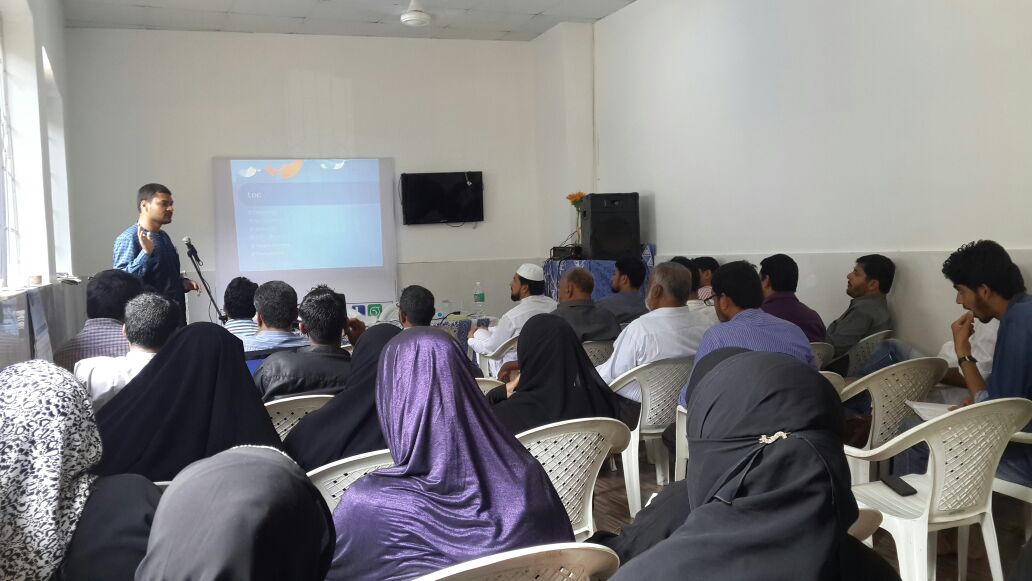 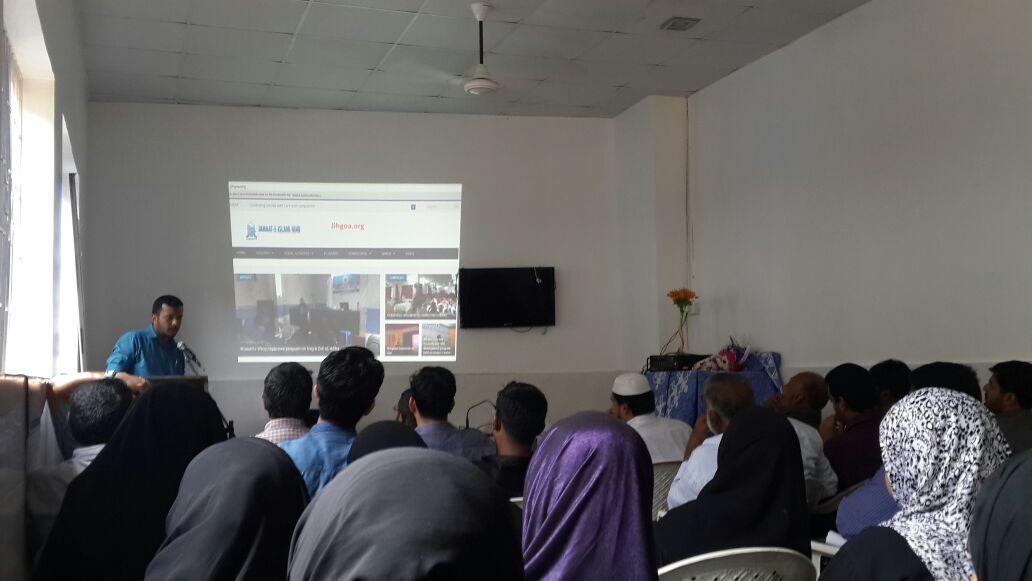 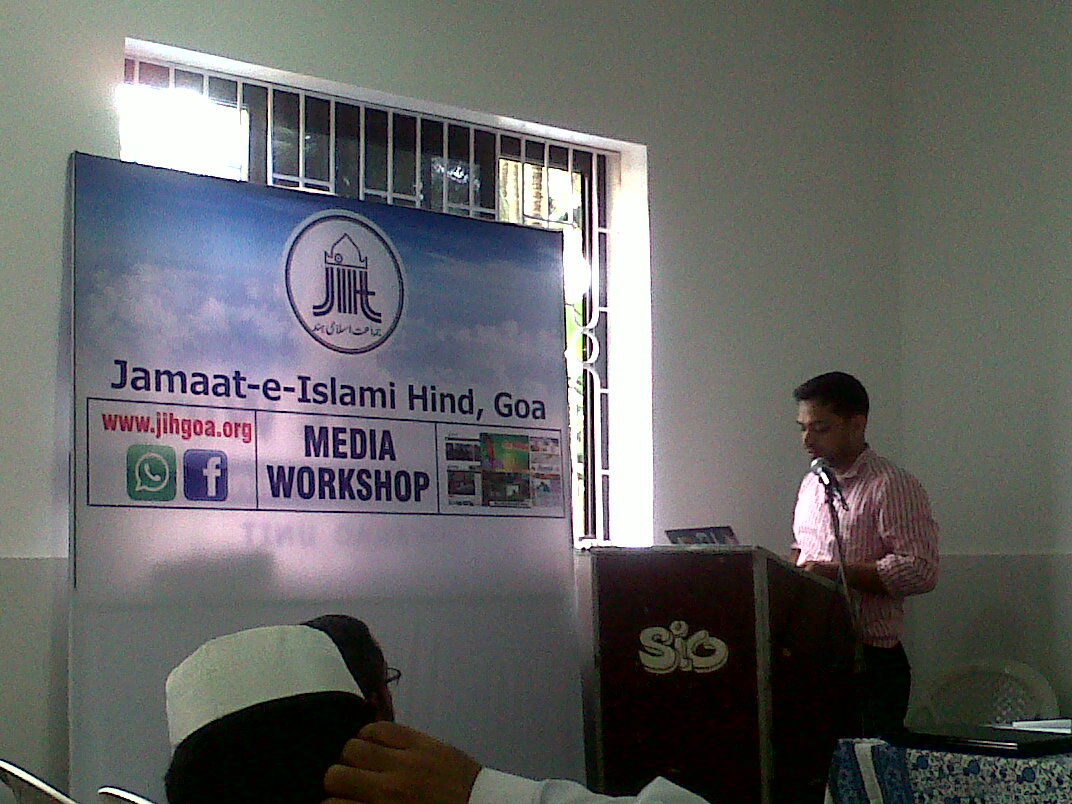 A media workshop was held by Jamaat-eIslami Hind media cell at Masjid ul Abrar hall in Margao recently. The secretary of media cell Br. Asif Hussain briefing the cadre said that media which includes print, electronic and social media was an important tool to generate opinion among the masses as well as the intellectuals. He said effective and optimum use of the media will help the organization present its activities and its point of view on the issues of the society. He reminded the gathering the effective use and media manipulations used recently in India by different institutions and organizations to promote their agenda. He also cautioned the cadre not to fall prey to misinformation, propaganda and rumor mongering and be well advised on the authenticity of news source .
The workshop began with the words of advice from the Quran on Media etiquettes and was followed by an in depth introduction to the Social Media, its effective use and impact by Ziya-ul –Islam. In his interactive session he presented two case studies on the impact of Social media. He first spoke about “Arab Spring” and how the social media was used to project Mr. Modi as PM candidate during the 2014 parliament elections.
Later Jb. Firoz Khan speaking on the topic “ Analyzing Media Manipulations” said it is important to built media maturity and understand how media houses, mostly corporate owned manipulate opinion in favor or against an issue. He said many analysts have critically studied media approaches on various issues and reading these will help one to see the stand taken by different media houses in spite of several facts contrary to their stand. He cited many examples to prove his point and introduced the different leanings of media institutions. Br. Samir Khan briefed the gathering the importance of media watch and reporting. He said the important pages of a newspaper are not the sports page or classified but the editorial page which reflect the opinion on the main issues of the society.
Mohammad Anees – State President of Students Islamic Organisation of India introduced the various websites and news portals that present an alternate viewpoint contrary to the mainstream media bias and prejudice . He informed that sound knowledge of Islam was important to identify many websites masquerading as authentic Islamic sources. Br. Sarfaraz Bava educated the audience on the basics of Photography and which snapshots are important and which are not.
Br. Asif Hussain put forward the challenges before media cell and gave an outline of the scope of work in the media cell. He asked the cadre to equip themselves with professional skills in the field of media to be effective. He said the media cell needed a team of script writers, animators, editors, documentary makers and news reporters in the near future. Ameer-e-Halqa Jb Abdul Wahid Khan concluding the program said each one needs to play his role and equip himself with skills needed in the field of media. He cautioned the youngsters to be aware of the snare of internet and its dangers while using the social media network. He said just as the internet has helped fasten the job speed it has also increased the pace and eased promotion of vices of which the young generation needs to be well aware.