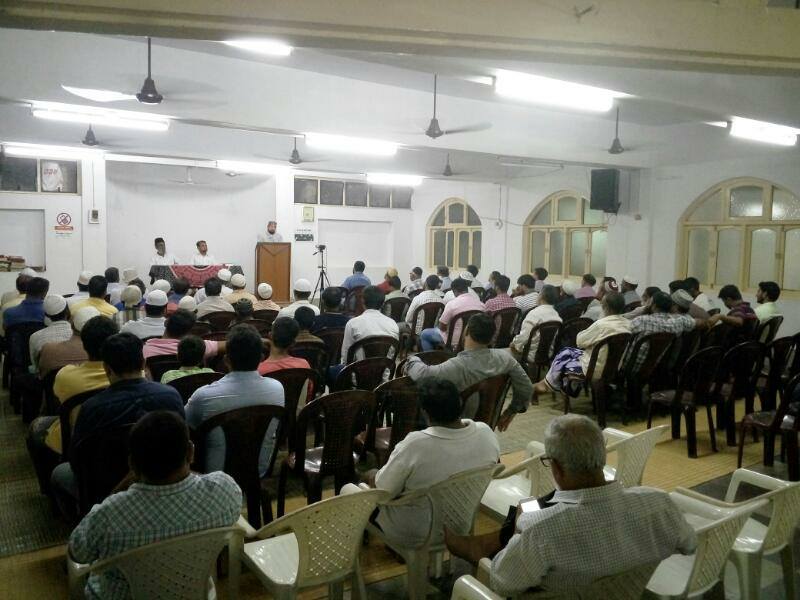 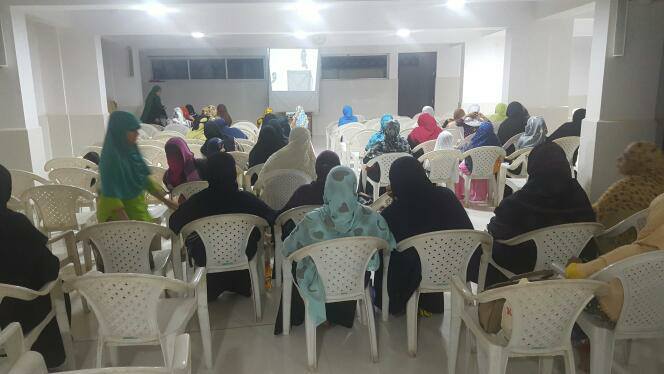 MULK KE MAUJUDA HALAAT AUR UMMATE MUSLIMA
Margao Unit of Jamaat-e-Islami Hind on 6th April 2017 organized an evening talk at Masjidul Abrar, Sirvodem after Maghrib Prayers. The topic of the program was “MULK KE MAUJUDA HALAAT AUR UMMATE MUSLIMA” delivered by Janab Syed Abdul Haseeb Sab, Senior Leader of Jamaat.
The program commenced with the recitation of the holy Quran by Hafiz Azharuddin, the urdu translation of the verses was also read out. Moulana Zafar Alam Nadvi , Member, Jamaat-e-Islami Hind,Margao Unit welcomed the guest & presented the inaugural address. The scenario emerging after the recent 5 state assembly election results is becoming challenging with each passing day for the nation said moulana reiterating that the community has no reason to panic but to make a clear strategy & road map to achieve economic & educational success. He also introduced the speaker of the occasion to the audience before letting Haseeb sab take over the proceedings
The guest speaker Janab Haseeb sab initiating his talk on an interactive mode taking inputs & insights from the members of the audience with regards to the current scenario of the society, community & nation. Proceeding further he shared his wisdom on the role of the muslim community as “QHAIRE UMMAH” and not just as a community (QHAUM).
Shedding light on one of the inputs from the audience about the state of unity among muslims, the experienced speaker said divisions of all types should be kept aside and the community should unite on the common minimum agenda for the development of the community.
Abdul Haseeb Sab- Member of Central House of Representatives from Karnataka (Majlis –e-numaindagan) shared his analysis of the recent election results in quick time to focus on the possible solutions and action plan the community needs to work.
He presented 5 directives to an audience of around 200 (Men & women)before he concluded his talk
The entire community should orient itself towards Quran & Sunnah , should shun hatred amongst each other based on sects & maslaks to work for the common agenda of development for the community
Prepare & utilize the potential of Muslim women in the social reformation of the society & also to counter the anti-islam propaganda which is been spread specially with regards to women issues
The community should orient their younger generation towards education and promote them towards civil services & humanities streams
The Muslim community needs to become a well wishing group for the entire society with good character & conduct
The speaker also stressed upon the need to establish educational institutions to orient the students on moral grounds with excellence in academics
Few questions were answered and the program concluded with dua