Latest
You are at:Home»Regions»Mapusa»“Women’s Liberation- a Myth or Reality” symposium held in Mapusa 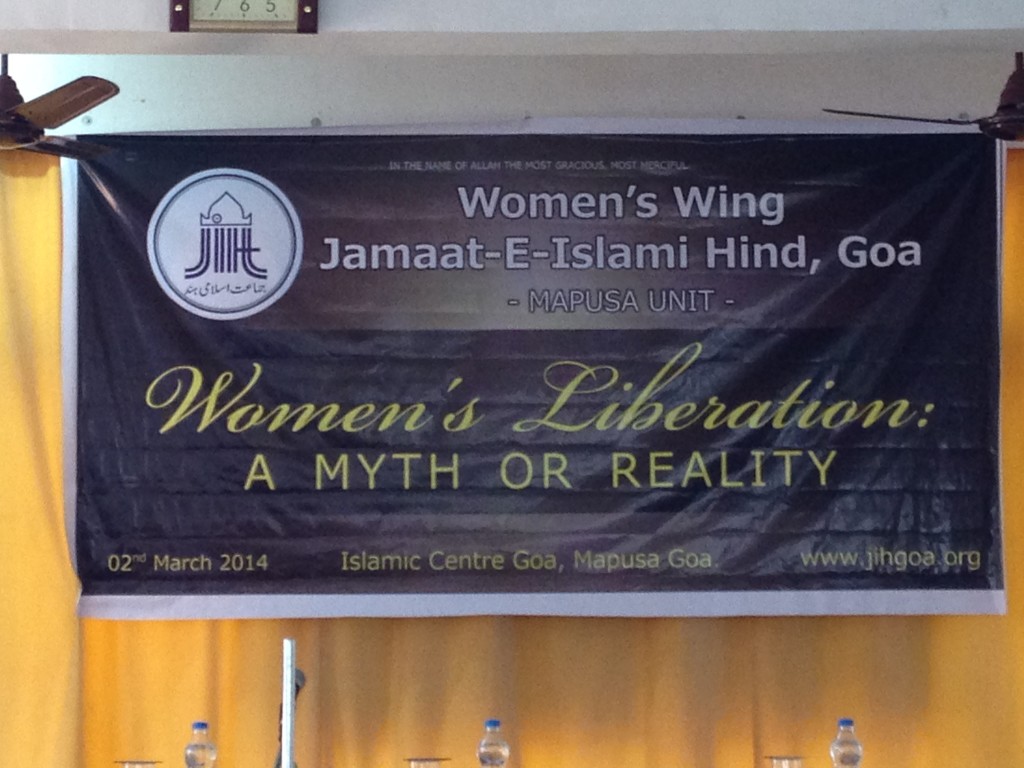 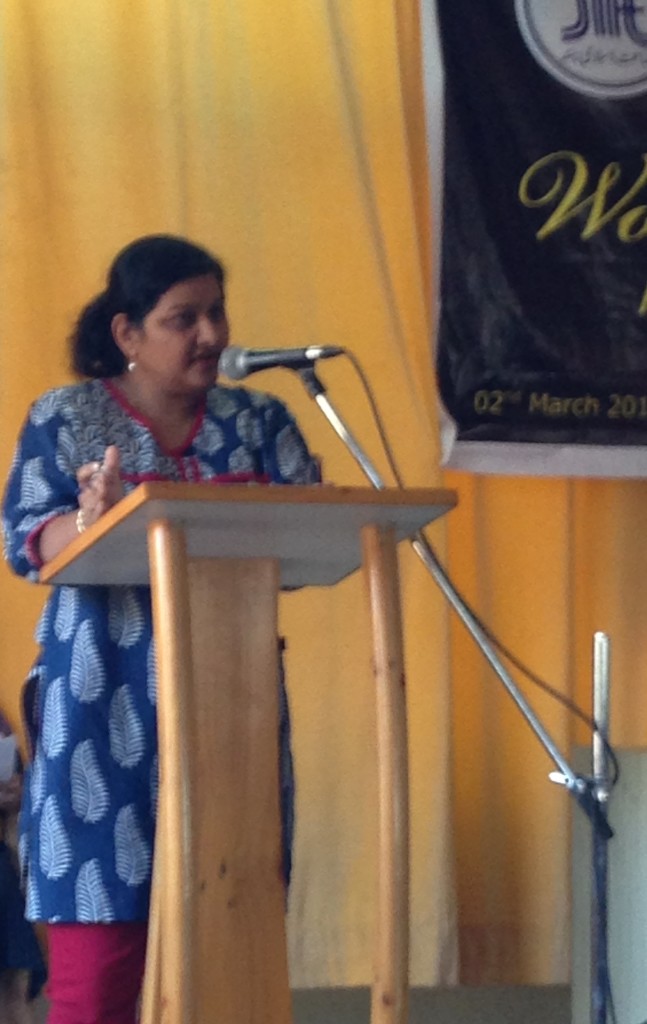 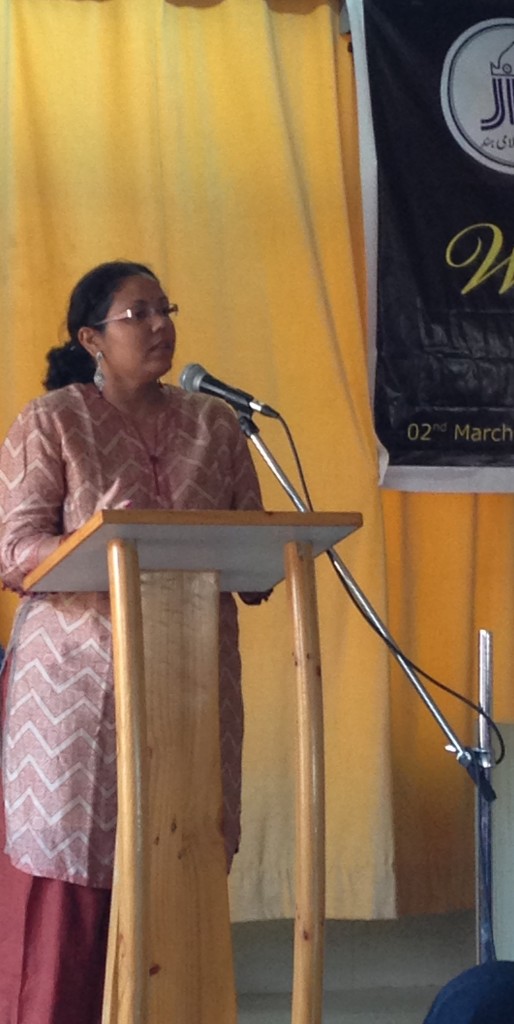 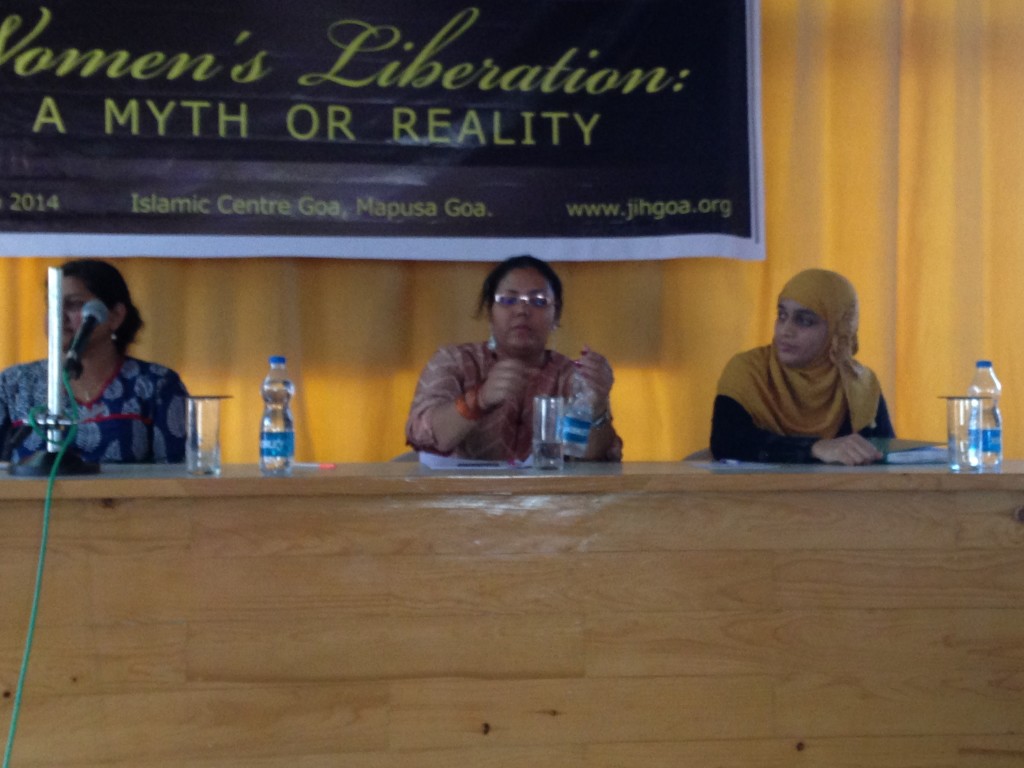 On the 2nd of March 2014 (30 Rabi-al-Akhar), Women’s Wing (Mapusa unit) organised a symposium at the Islamic Centre-Goa, Mapusa on the topic “Women’s Liberation- a Myth or Reality”.

The key speakers for this programme were Dr. Shirlea Rebeiro a Radiologist at the District Hospital at Mapusa, Miss Shefali Kamat – lecturer at St. Xavier’s College Mapusa and Mrs. Shaheen Khan- member of Jamat-e Islami Hind.

It began with the recitation of Holy Quran from Surah Nahl verses 58-60 by Mrs. Afsha Khan followed by the inaugural address by Miss.Ambrin Baig where she briefed about the challenges women are facing today and what practical solutions could be taken and applied through the programme.

Dr. Shirlea Rebeiro shared her view on the on the topic in regard to the west.

She explained how the Women’s Liberation Movement actually came into being. She added that men and women are created by the same God and hence should have the same goals and aspirations as men.

Further she added that the term “Liberation” is subjective. It’s different for each woman and depends on the state of mind of each individual.

She concluded her talk by saying that today’s women should be aware of their rights and should not consider themselves as anything lower than men.

Miss. Shefali Kamat addressed the gathering by describing the term ‘woman’ and how the Rig-Veda describes the “Golden age” where women enjoyed all the rights back then.

She said that a woman is created to complete man and therefore she should not be subservient to man. And according to her women should realise their rights irrespective of the culture, caste and creed. She ended her talk on similar lines as the previous speaker that liberation is different for each one of us, and asked the audience to think whether they feel liberated in all the things they do in life.

The last speaker Mrs. Shaheen Khan elaborated on the same and explained how women have been exploited in the past and how the exploitation has taken a new form. She said that in today’s world in the name of liberation woman is misused as commercial commodity.

She explained with practical examples of how during the times of Holy Prophet Muhammad (PBUH) women actually enjoyed all the rights. She said that even though men and women have equal status, they are not the same, and they have been created differently to fulfil different purpose.

She also said that as women, we have different roles to play as a mother, sister daughter etc and therefore we need to choose our careers which would not pose any hindrance to any of the relations.

She ended her talk by saying that the real and ultimate solution to fight all these  issues lies in following Devine laws and requested all the sisters to study their religious scriptures to understand and live a meaningful life.

Mrs. Shahida Khan presented a set of books, as a token of appreciation on behalf of the Jamaat to the speakers which included books on Seerah, Life after Death and Alcohol and a few pamphlets and brochures about status of women and Islam at a glance

The vote of thanks was proposed by Mrs.Tamanna Shaikh and the programme ended with prayers to restore the dignity of women.

At the end of the programme, a  sister described it as an ‘eye opener’ as she was unaware of so many things which came across though the speakers.