Latest
You are at:Home»Regions»Margao»Program on Muslim Personal Law and Uniform Civil Code organised by AIMPLB 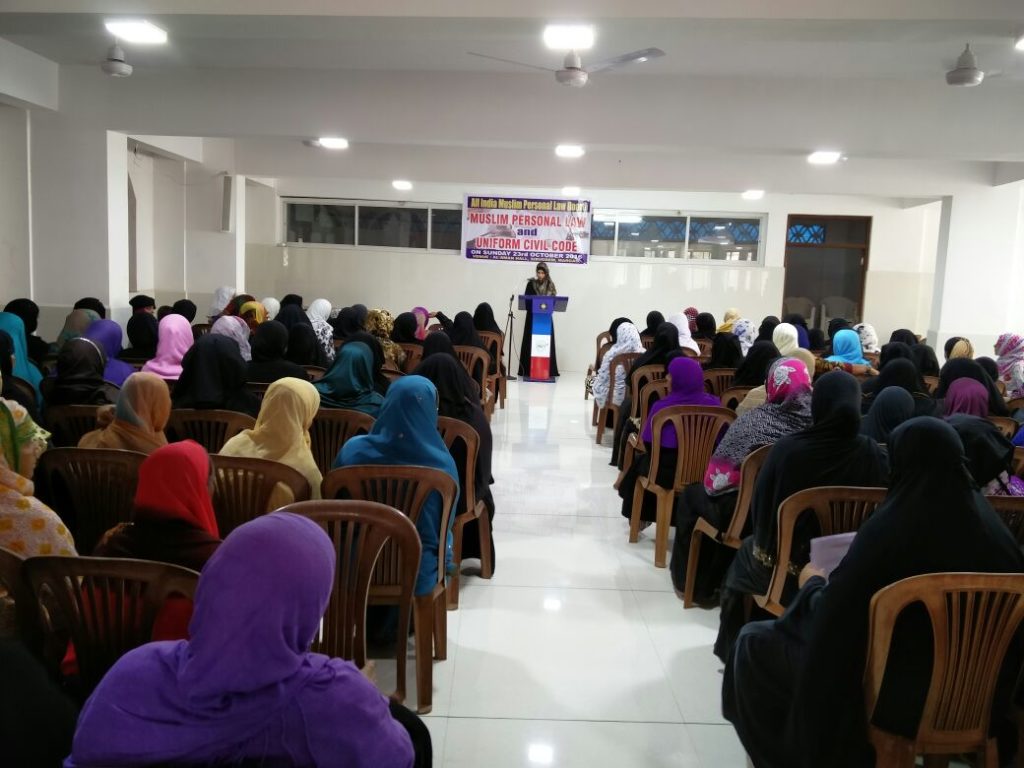 A programme  by Muslim women from across Goa  on  Muslim Personal Law  was held  to educate the Muslim ummah regarding the true concept of Islamic shariah  at al Abrar auditorium ,Shirvodem, Margao recently.

The programme was organised under  the banner of All India  Muslim Personal Law Board in Association with  women’s wing of Jamaat e Islami Hind. The programme began with the recitation of holy Quran. Mrs.Tabassum President women’s wing ,Margao in her inaugural address  spoke  regarding the purpose of the program. She said that unless the Muslim ummah is aware of the matters regarding their personal law’s provided by the Creator Almighty Allah the ummah cannot solve the problems Muslims are  facing today in our country .

Maulana Abdul Karim Milli spoke regarding the history of Muslim Personal Law and its implementation in India. The program continued with detailed topics on nikah, meher, polygamy, inheritance, talaq, khula and halala. The speakers Farheena Hussainy -Principal Jaamiat us Salihath, Gulzar Parween-Principal BIE-Goa and  Sana Parween  (member jih) explained in detail  the  benefits of personal law. Speaking on the occasion Mrs. Meenaz Bhanu- Secretary -RLE,Goa said that Goan Muslims need to be aware of the negative impact on family life of the  uniform civil code as they have  experienced the bitter fruits silently for years together. The programme ended with the concluding words by Mrs.Saira banu . She spoke regarding the agenda of the present government of abolishing the Muslim Personal Law and  its plan of bringing uniform civil code . Around 190 ladies attended the gathering. The programme was indeed a great step towards expression of the  solidarity of Muslim Ummah on the issue.