Latest
You are at:Home»Regions»Margao»Seerat-un-Nabi (s) program held in Margao

The programme started with Tilawat e Quran by Yasmin, Worker WW JIH. Later Farnaz Banu cadre of JIH Goa spoke on the topic ‘Prophet Muhammad (pbuh): Life and Character’. She emphasized Islam is not only the name of some rituals but it covers all aspects of life. She also focused about the qualities of Prophet Muhammad(pbuh) like his honesty,simplicity,truthfulness,trustworthy and his friendly nature with examples from his life.
Later Meenaz Banu Member, JIH Goa gave a talk on the topic ‘Prophet Muhammad(s) k saath hamari talukat ki noyiyat’. She highlighted about the four foundations of our relation with the Prophet namely iman, ithaat, ithiba and mohabbat that are necessary . She also explained about present scenario of muslim ummah which is ignoring the guidance of the Prophet and adopting un-islamic rituals which Muhamaad(s) never preached or practiced in his life.
This was followed by a ‘Naat’ presented by Mrs.Sana Atiq worker of Women’s Wing Goa. The programme was concluded by Mrs.Tabassum Sattar Local President of Women’s Wing Margao. She stressed to the audience that the impact of material culture has ruined muslim youths and families. She also advised mothers that their duty is to teach children about Islam and introduce Prophet Muhammas(pbuh) from childhood itself. The programme ended with dua. 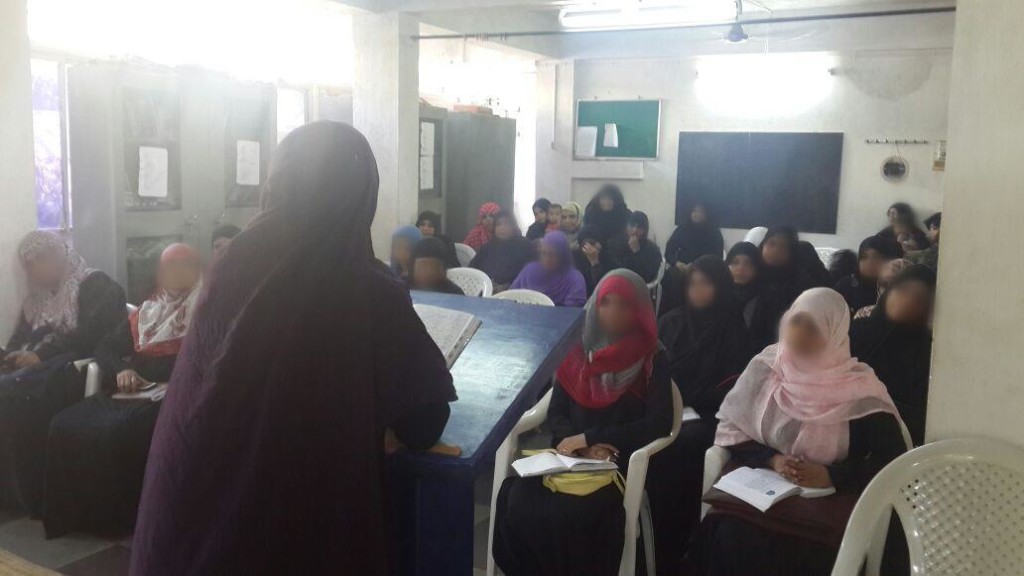 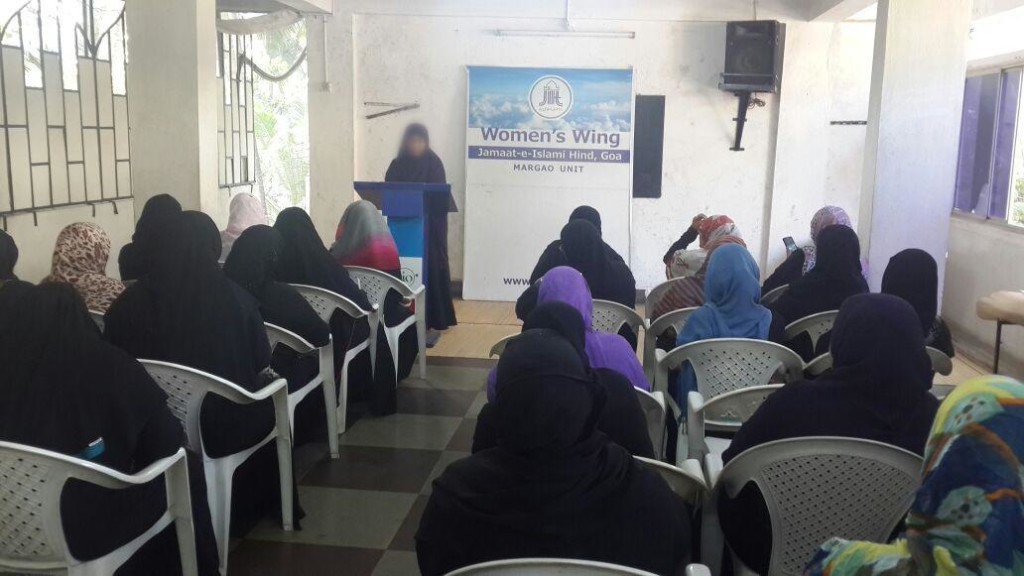