AASHIYANA INSTITUTE organised a sports day on the 19 th December 2014. The students performed many activities as part of the sports day events. The program began with the recitation of the Holy Quran and was followed by speech on Goa’s Liberation by Shaina Mallick. later the students sang a National integration song.Mrs Fareena Asif, Principal of Jamiyat us Salihat, Margoa was the Chief Guest and the Guest of Honour was Mrs. Gulzar Asif,Executive member BIE Goa.
After the flag hoisting program Mrs Fareena Asif spent some time with the students and inspired them with her motivational talk.She said she has a special attachment with the Students of Aashiyana and she asked them to be good and work for the reconstruction of the society.She praised the students for their hard work and later the sports day programme began.
March Past, running race, sack race and book balancing were few of the competitions for the day.
After all these activities there was a prize distribution ceremony and the medals were given to the students by the Chief Guest and the Guest of Honor. Mrs.Tafsin Abdul Wahab appreciated the students and teachers and thanked the guests. 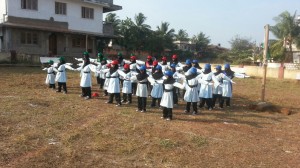 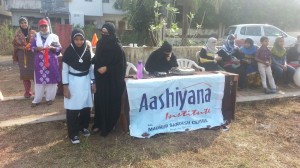 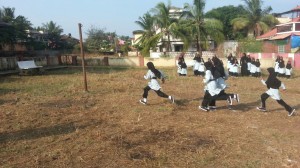 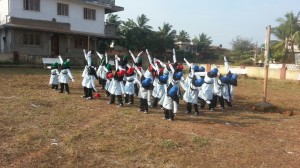 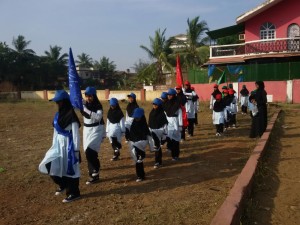 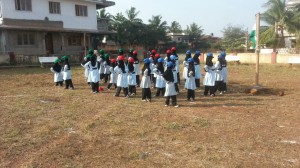