Latest
You are at:Home»Regions»Margao»Women’s Wing organises program on Hajj & Eid-ul-Adha 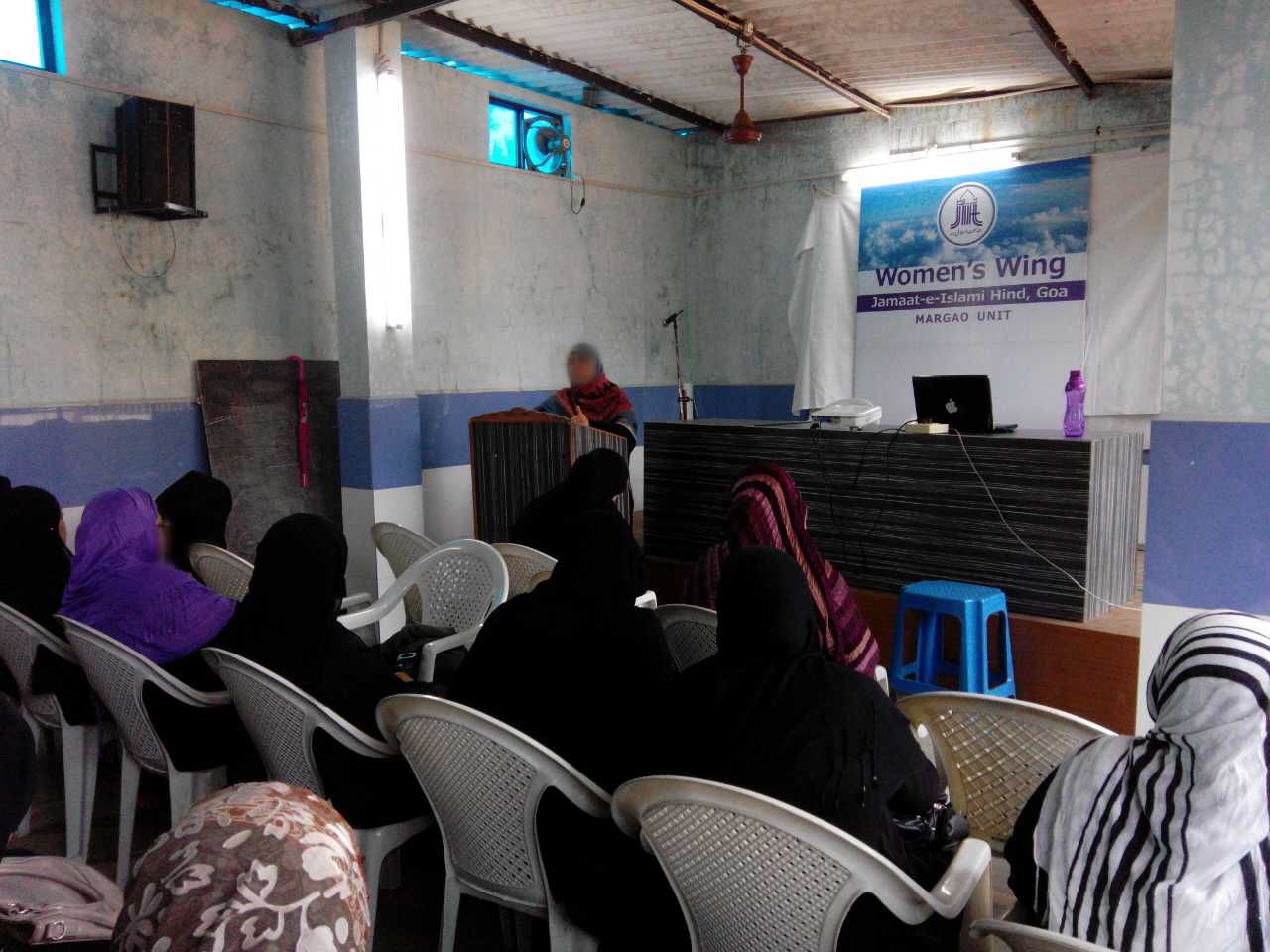 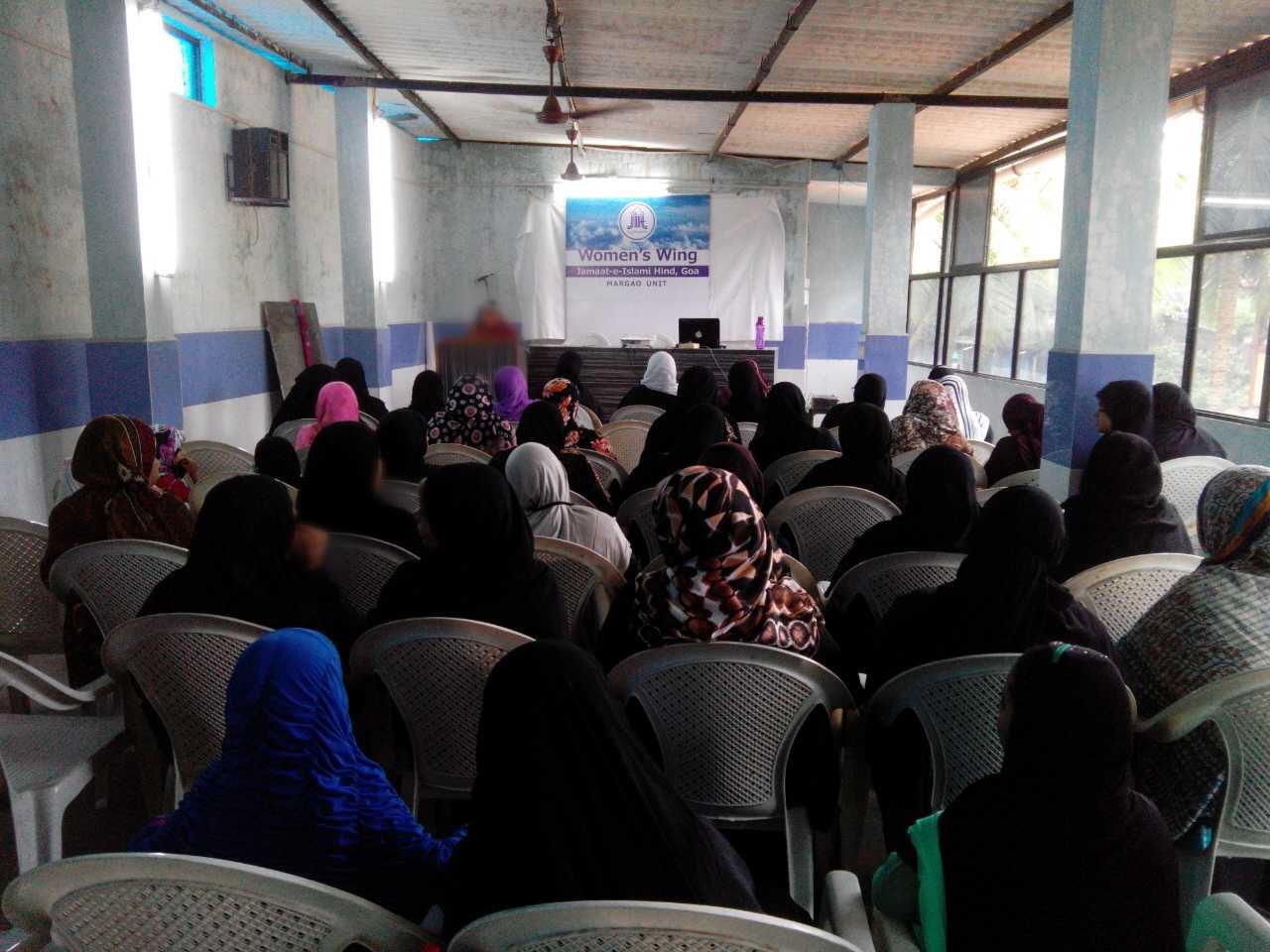 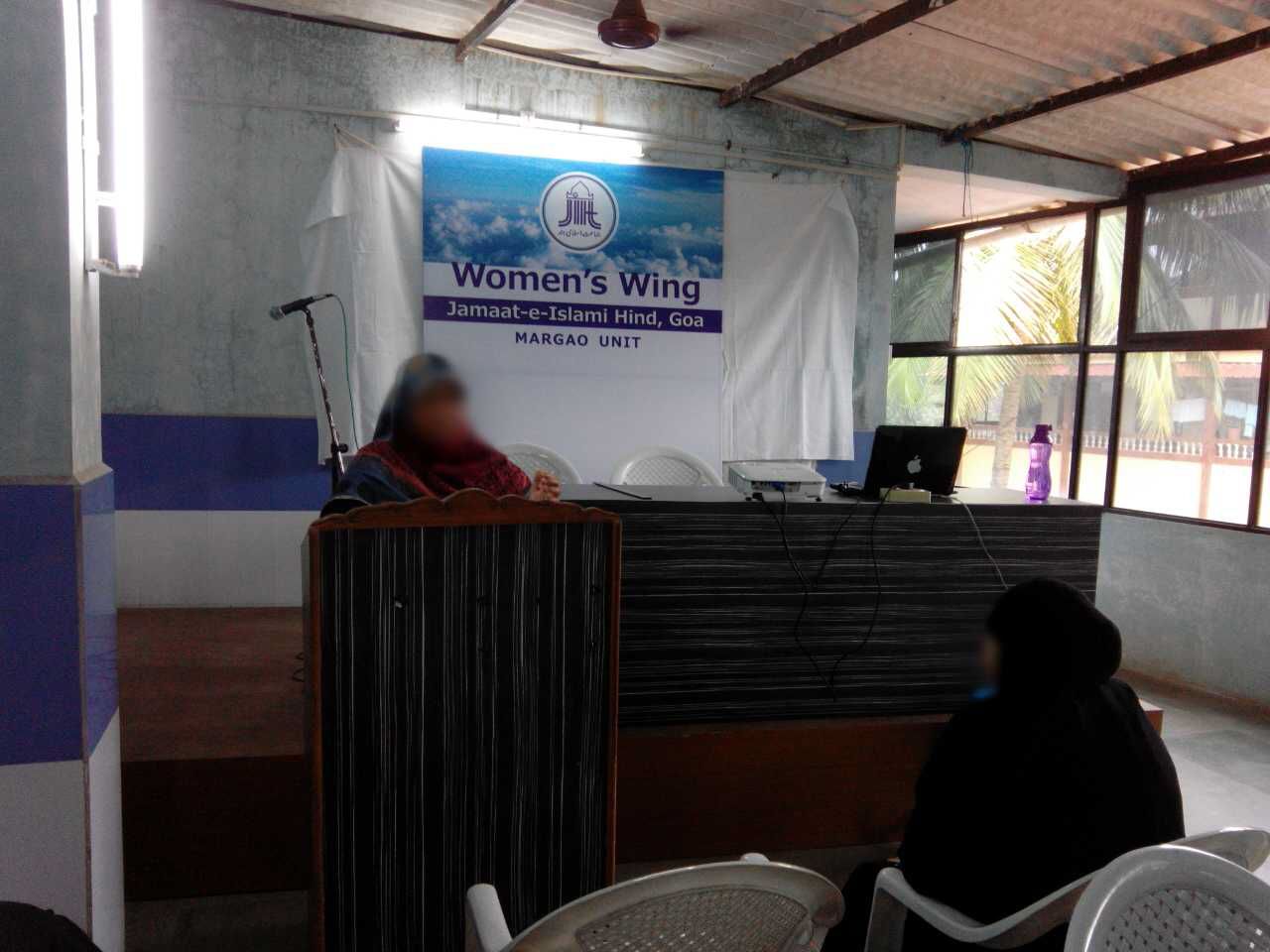 Jamaat e Islami Hind Women’s Wing Margao organized a programme on ‘Hajj and Eid ul Adha’ on 18th September 2014. The programme started with the Recitation of Holy Quran by Qurrat-ul-ain, Member of Women’s Wing,Margao. A talk on ‘Eid-ul-adha esaar aur qurbani’ was given by Mrs.Tabassum (president of Women’s Wing, Margao). She explained the life of Prophet Ibrahim(pbuh) and the various trials he had to go through starting with the rebellion by his people, the tiring journey he had to make from one place to another and the trial of sincerity of faith in the demand of sacrificing his own son. She said the life of Prophet Ibrahim was an epitome of sacrifice in seeking the pleasure of Allah . Later a powerpoint presentation was presented on the ‘Procedure of Hajj and Historical places around Makkah and Madina’ by Meenaz Banu, Member of Women’s Wing Margao . She showed the historically significant places and explained the whole procedure of hajj. She explained that there are three types of hajj; hajj e tamataw, hajj e qiraan and hajj e ifaada. Many women from in and around margao participated in the programme. Programme ended with prayers for those who have embarked on the journey of lifetime – the Hajj and to fulfill the desire of others who wish to go in future. Gulzar parvin compered the program.