Latest
You are at:Home»Regions»Mapusa»“Relevance of the teachings of Prophet Muhammad(PBUH) in the present times” 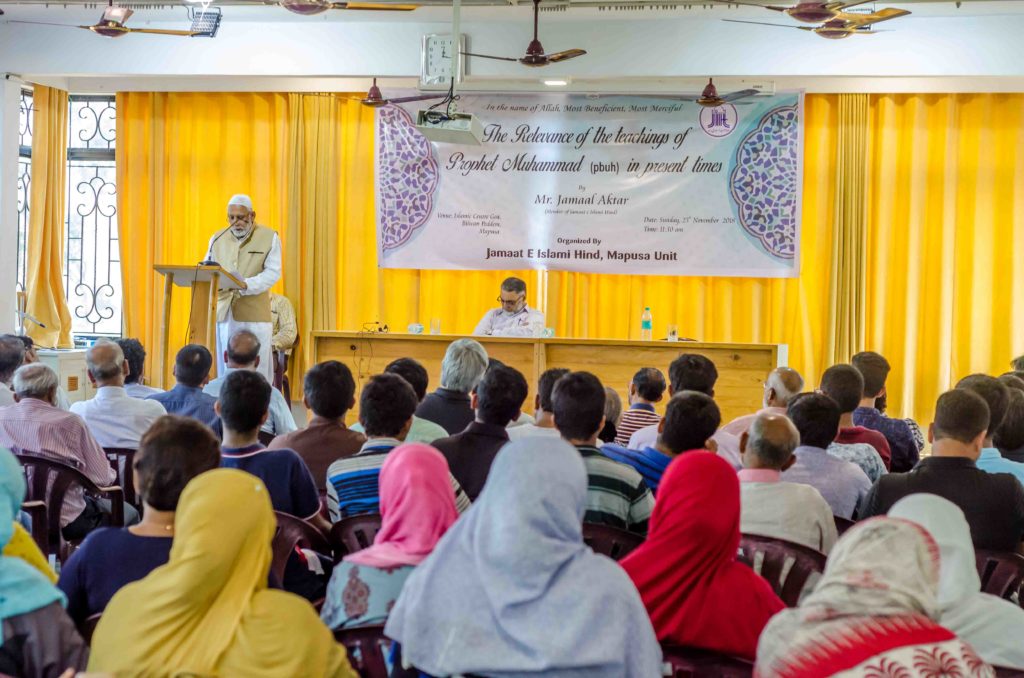 Jamaat E Islami Hind, Goa, Mapusa Unit organized a talk on the topic “The relevance of the teachings of Prophet Muhammad (Peace be upon him) in the present times” on 25th November, Sunday, 11.30 am, at Islamic centre, Bilwan , Pedem, Mapusa. The program began with the recitation of the verses of the holy Quran. Janab Samiullah Belwadi , JIH Mapusa Unit president, in his welcome address said that “ We need to study and understand the life of the last messenger of God Prophet Muhammad ( Peace be upon him). He said that lot of people are not aware of his contribution to the mankind and that such programs will help people understand his life. Janab Jamal Akhtar , member of Jamaat e Islami Hind, in his talk said that God Almighty has given code of conduct and guided mankind by sending number of Prophets right from prophet Adam to Prophet Muhammad ( Peace be upon them all) . He said “Today mankind has become haughty and is leading a life devoid of divine guidance and that’s the reason why we are facing hordes of problem in our society, right from our individual life to collective life. He in his speech said that today’s youngsters don’t fulfill their duty towards their parents and that it’s a matter of great concern that home for aged are growing more and more. He said Prophet Muhammad (Peace be upon him) exhorted people to be kind and dutiful to their parents especially so if they reach their old age. He further said that the person who takes care of his/hers parents will be rewarded in this world as well as in the hereafter also. He also in his speech gave the example of how in the earlier Arab society the birth of girl child was seen as a taboo and they used to bury her alive. He further said that in today’s time we are also killing girl child in the mother’s womb. He said that prophet Muhammad (Peace be upon Him) gave glad tidings of paradise to those parents who raise their daughter without differentiating between boy and girl. Janab Jamal further said that the need of the hour is that we revert back to the divine scriptures and try to emulate the life of Prophet Muhammad (Peace be upon Him) to get success in this world as well as in the hereafter. Progam was compered by Janab Samir Khan.
Jazakallah Kairan. 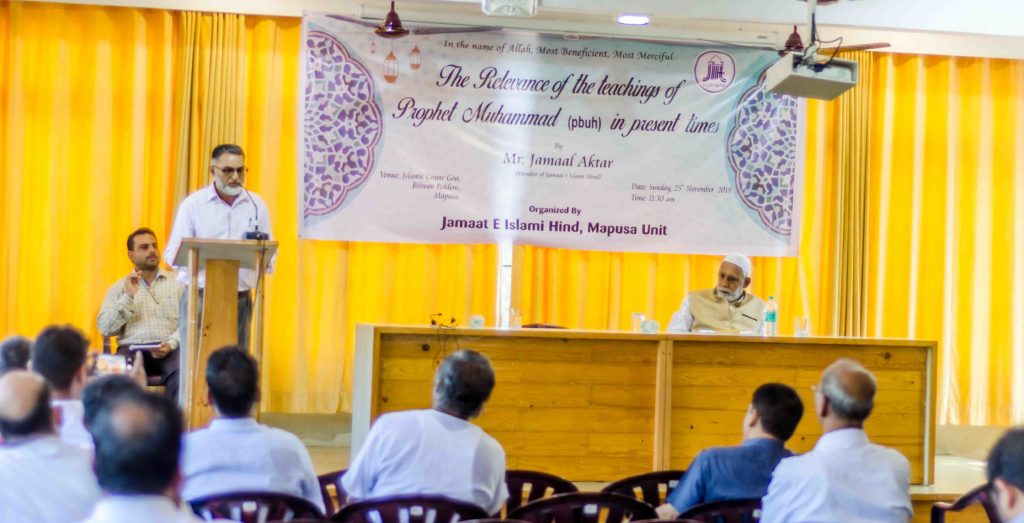 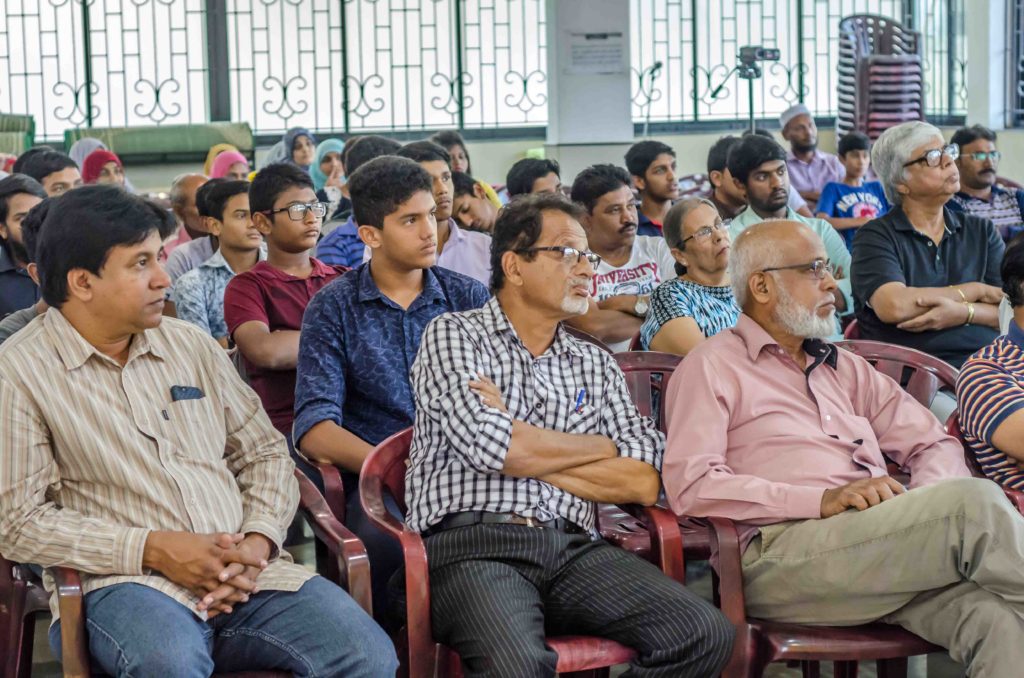 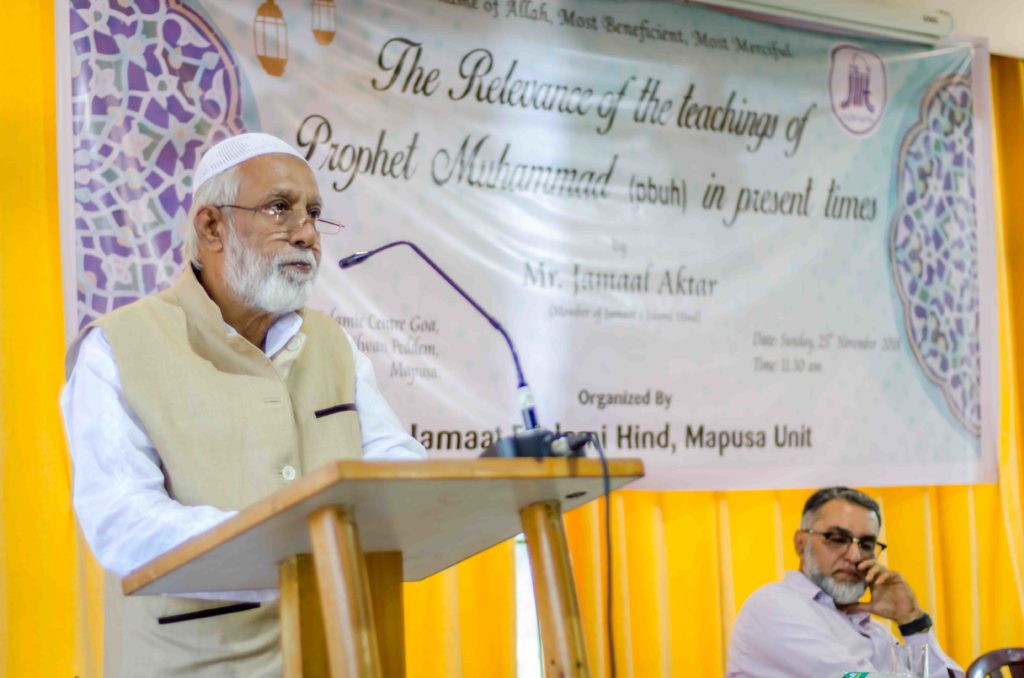 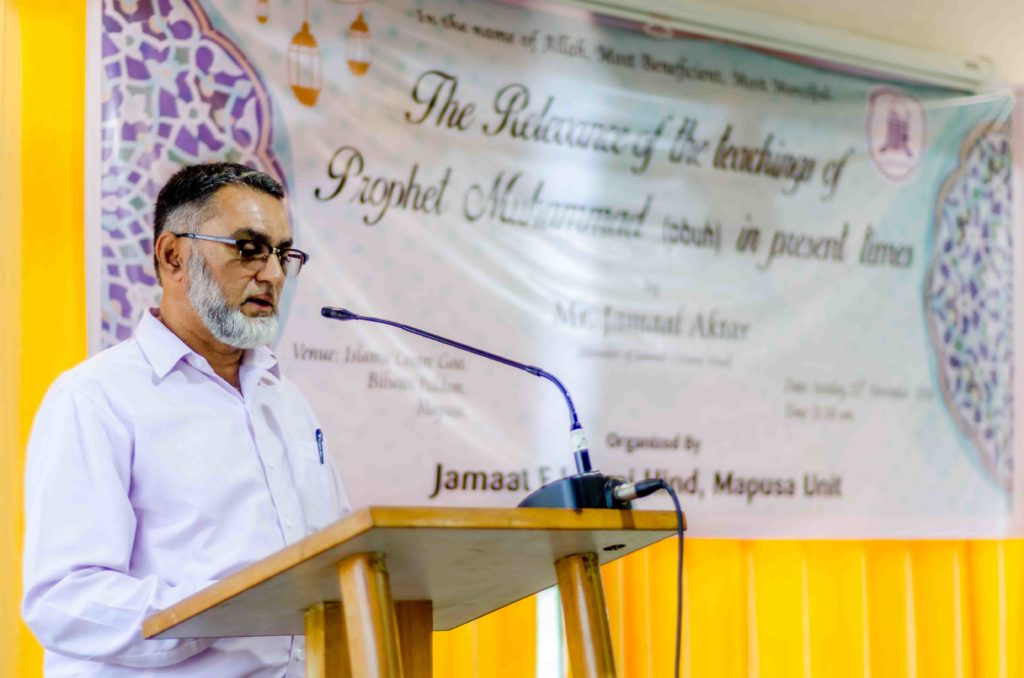