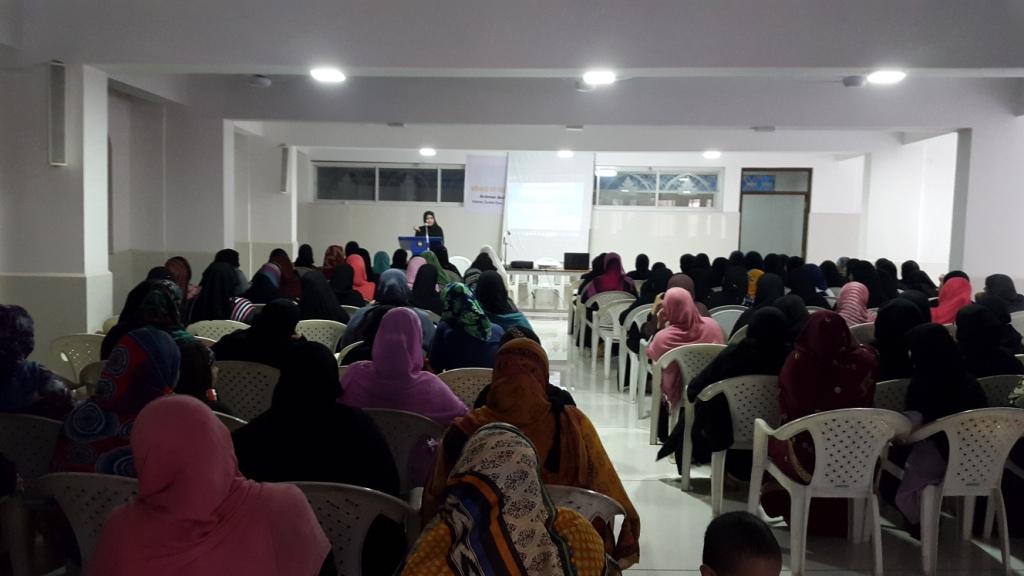 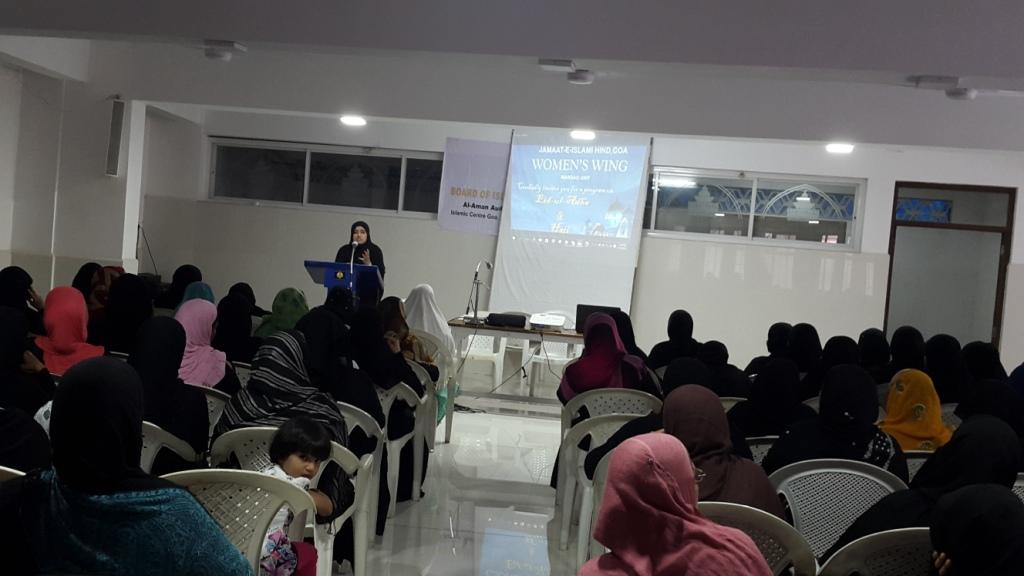 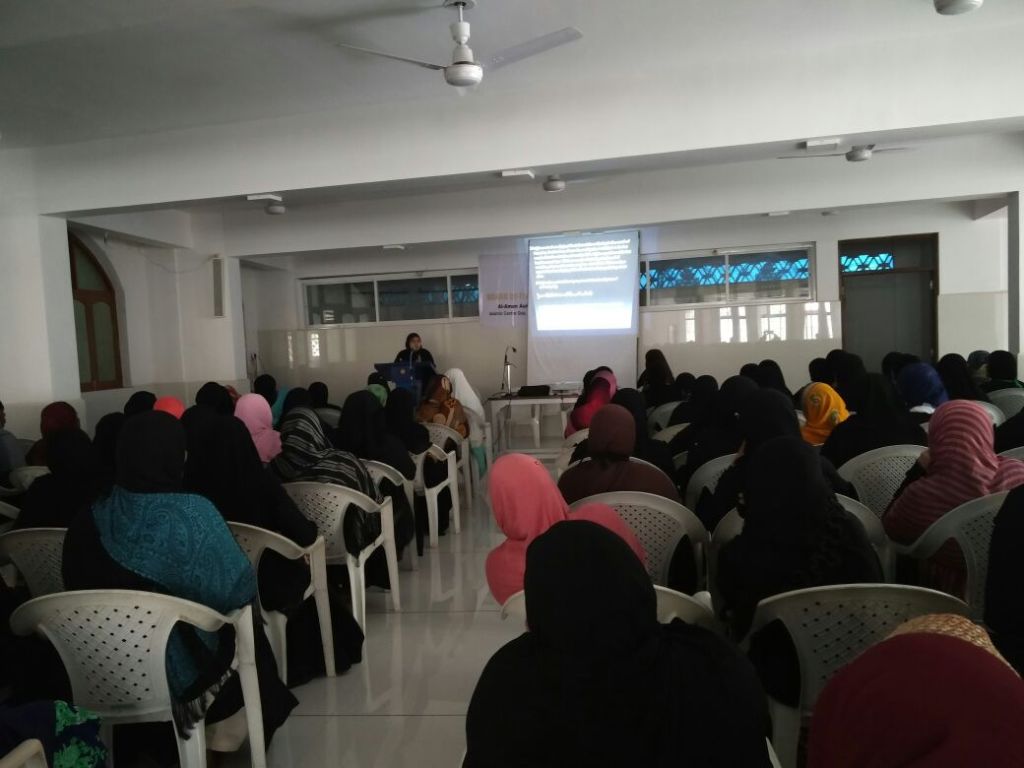 “Eid ul Adha & Hajj”program was held and organised by Women’s Wing JIH in Margao on 1st September 2016.
The program began with the recitation of the Quran by Miss Hasina student of Jamiat us Salihath.
Women’s Wing Margao President Mrs. Tabassum in her Inaugural address emphasised on the importance of additional worship in the month of Dhul Hijjah. This was followed by a lecture on the Topic ‘Eid ul Adha’ by Mrs. Sana Atiq, Member of JIH. She explained that the aim of sacrifice is to express our willingnees to sacrifice all our dearest possessions in the cause of Allah. She narrated about tests and sacrifices of Ibrahim (pbuh) and how his life was an epitome of sacrifice in seeking the pleasure of Allah .

Later a powerpoint presentation on Hajj Rituals was presented by Mrs. Ansira, Worker of Women’s Wing Margao . She explained that Hajj demonstrates the concept of equality among mankind allowing no superiority on the basis of race, color, country, language, gender or social status. It shows equality as well as simplicity among people, she said

She showed the historically significant places and explained the whole procedure of Hajj.
The program concluded with Dua by Jamia student.