Latest
You are at:Home»Regions»Margao»Reformative Perspectives – “Economic Challenges and Opportunities”

Reformative Perspectives, JIH, Goa, on 16th January, 2019 organized a program “Economic Challenges and Opportunities” in association with Rifah chamber of commerce and industry, Maharastra
The program began with the recitation of the verses of the Holy Qur’an. In its inaugural address Janab Anis Mohammad, welcomed the gathering and highlighted the significance of entrepreneurship and how it contributes to the overall development of the economy. He said “Arab traders were the first to bring Islam in south India and they came here as traders. People were impressed by their honesty, sincerity, and religiosity”. He further said that this program has been organized to create awareness about the various business opportunities available for entrepreneurs in Goa. Mr. Salim kazi in his talk on identifying Business opportunities said that “In the last thirty years in Goa no large industry has come in Goa”. He said there are vast opportunities to explore in agricultural sector. He further said that Goa will face shortage of water in the near future, hence water harvesting could be thought as a good business to explore. He said that there a lot of government schemes for budding entrepreneurs and that we need to create an awareness drive regarding that. Mirza Afzal Baig in his talk highlighted the need and the objective of founding Rifah chambers of commerce. He said that we need to contribute in nation building by venturing in various business fields. He further said that we need to have a vision to set up business on larger scale moving from traditional small trade. He in his speech briefed on the various training Rifah chambers of commerce has conducted to empower entrepreneurs right from consultancy to business set up. Miss Farheen in her talk on Understanding the need for Networking said “In today’s cut throat competition networking plays a very significant role in promoting products, and services”. She further said that India is emerging as the fastest growing e- commerce industry hence the need of the hour is to latch on e-portals to generate more business. Later in the program, an open house discussion was held. Participants expressed their desire to have more such informative programs for the benefit of the community and the nation. In his concluding remark, Janab Abdul Waheed Khan, (State President of Jamaat e Islami, Hind, Goa) said that “It was a long pending demand to organize such a program”. He further said that there with lesser job opportunities, and youth should venture into business and explore new avenues. The program ended with Dua. 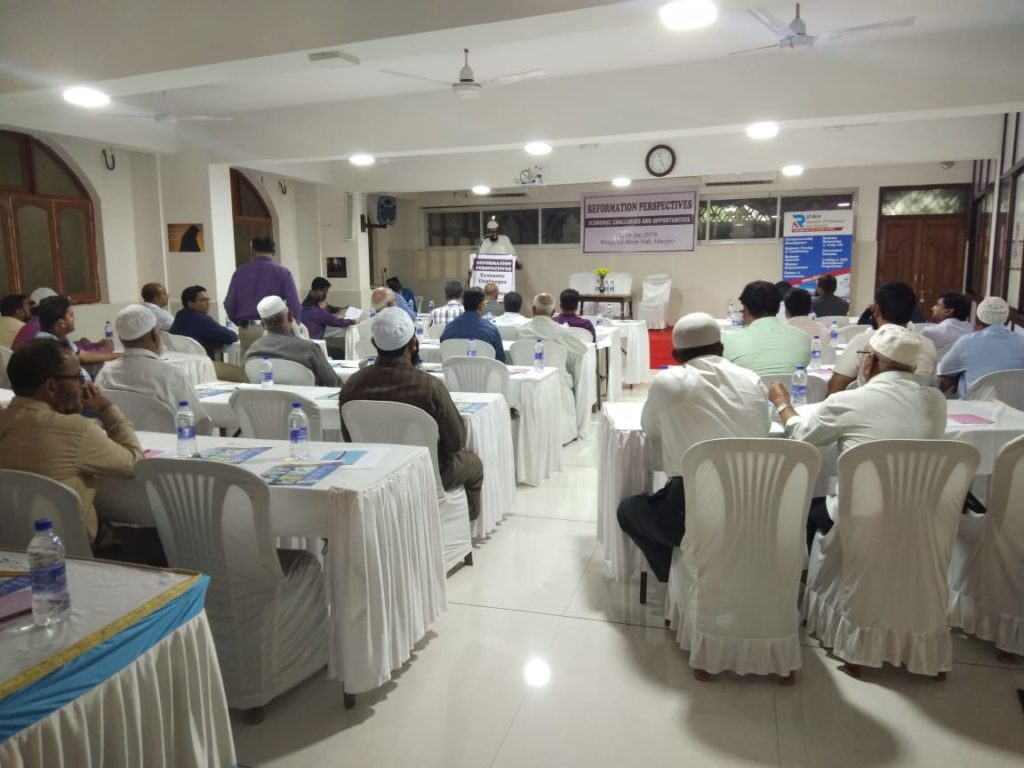 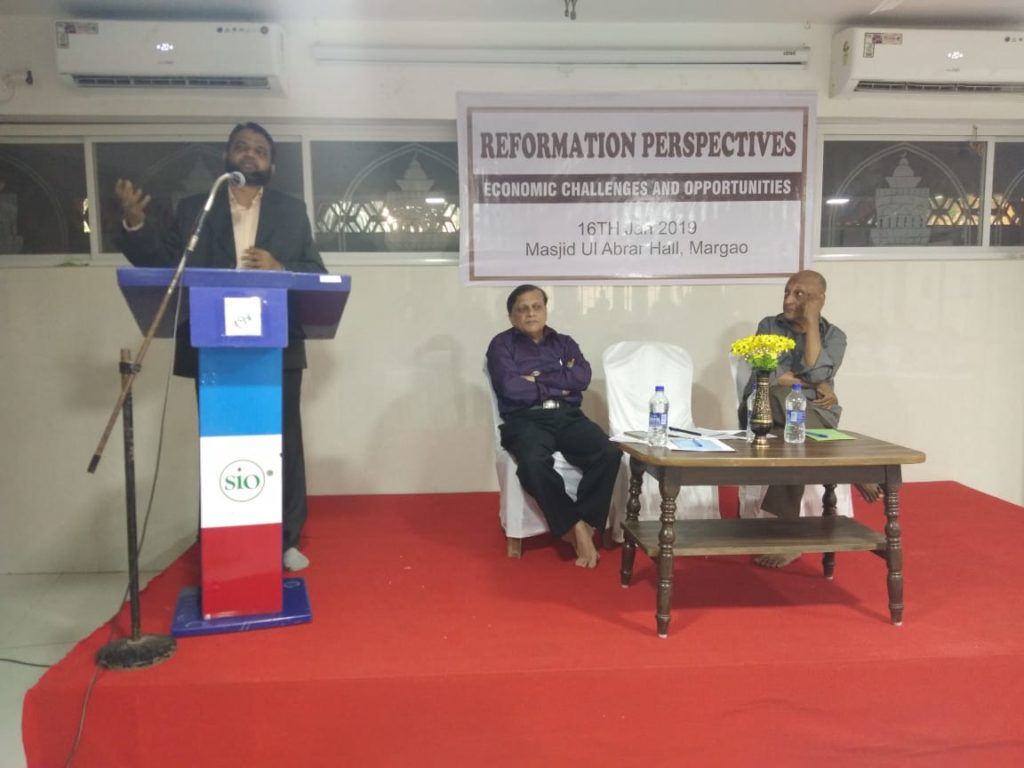 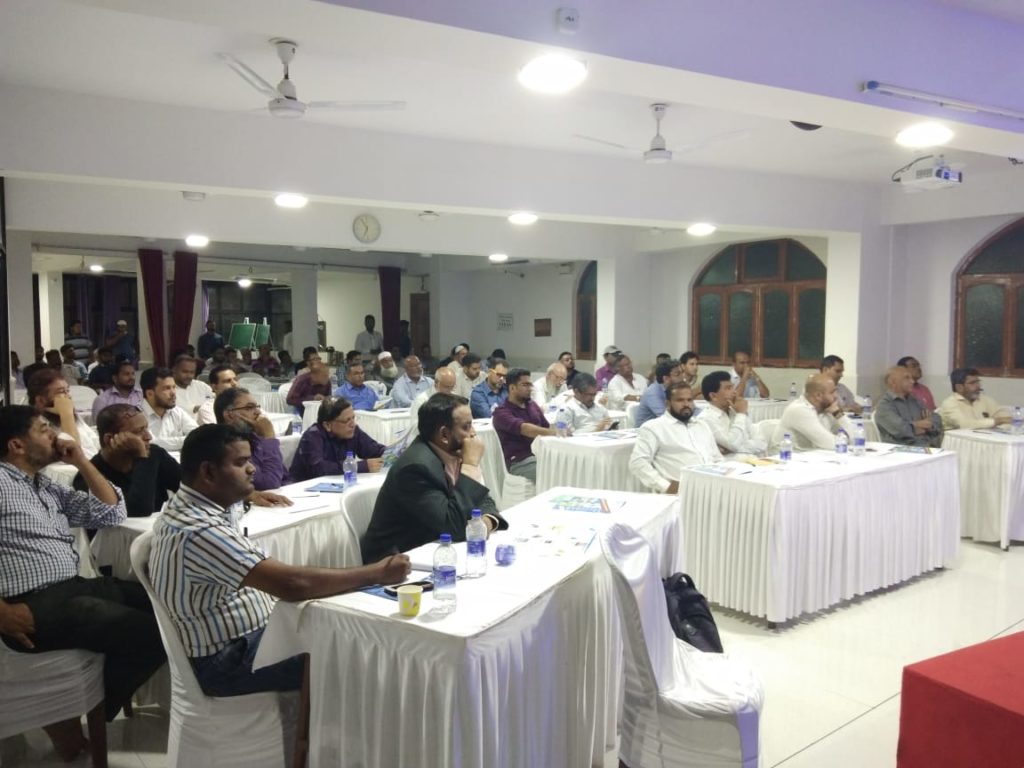 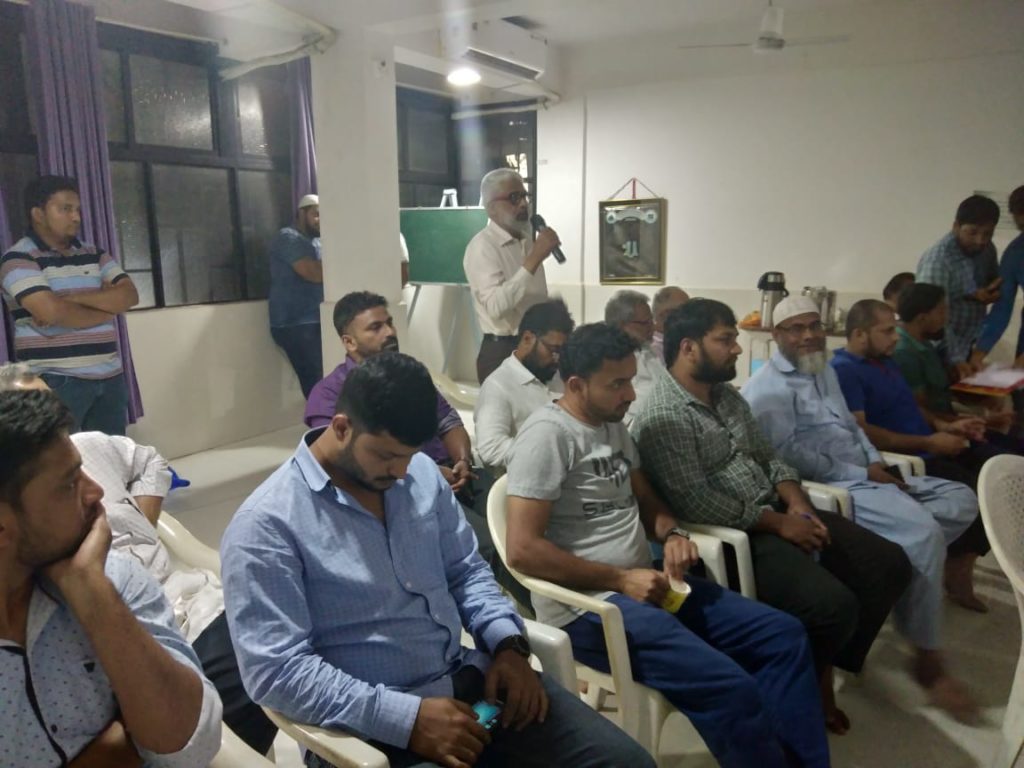 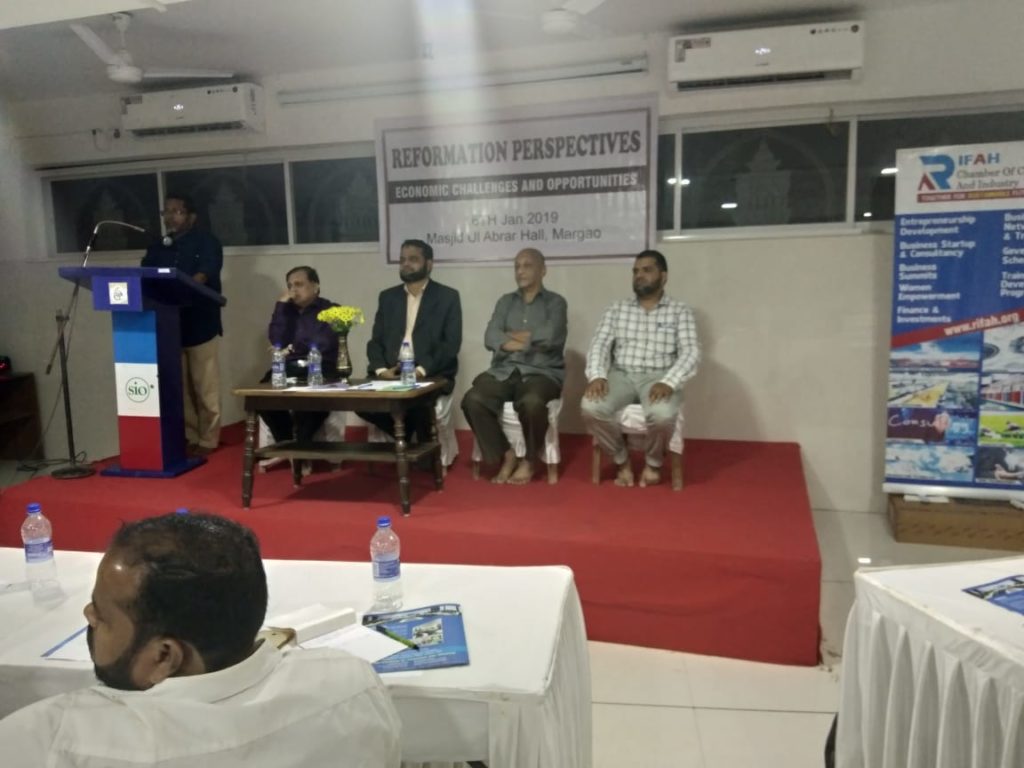 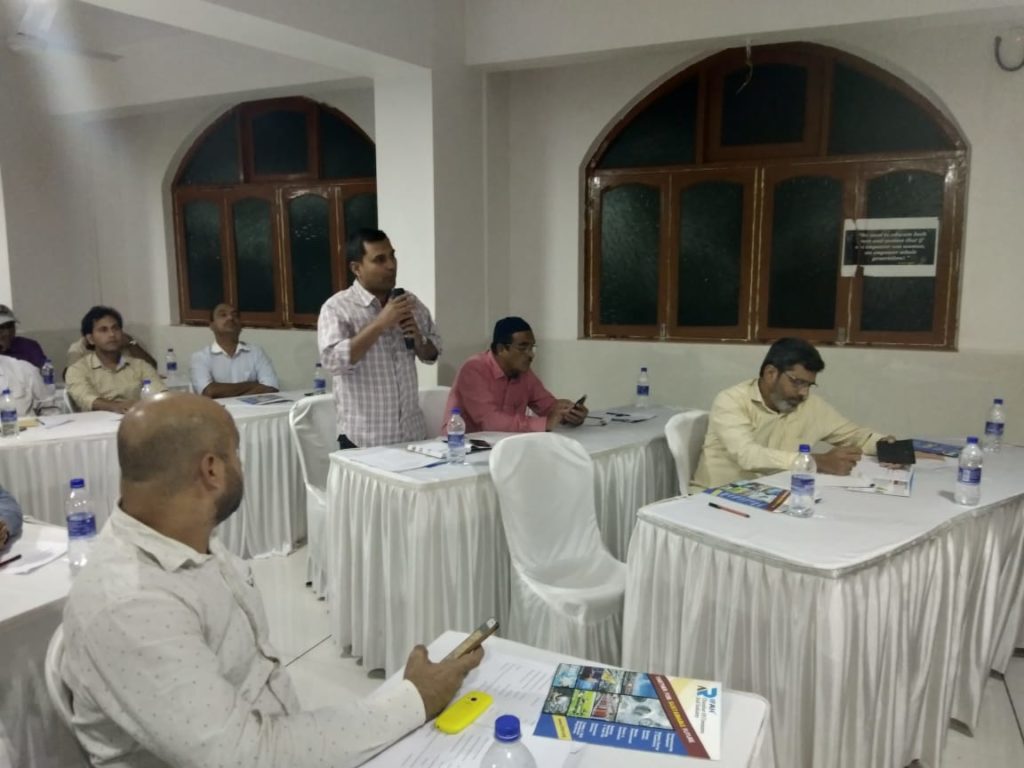 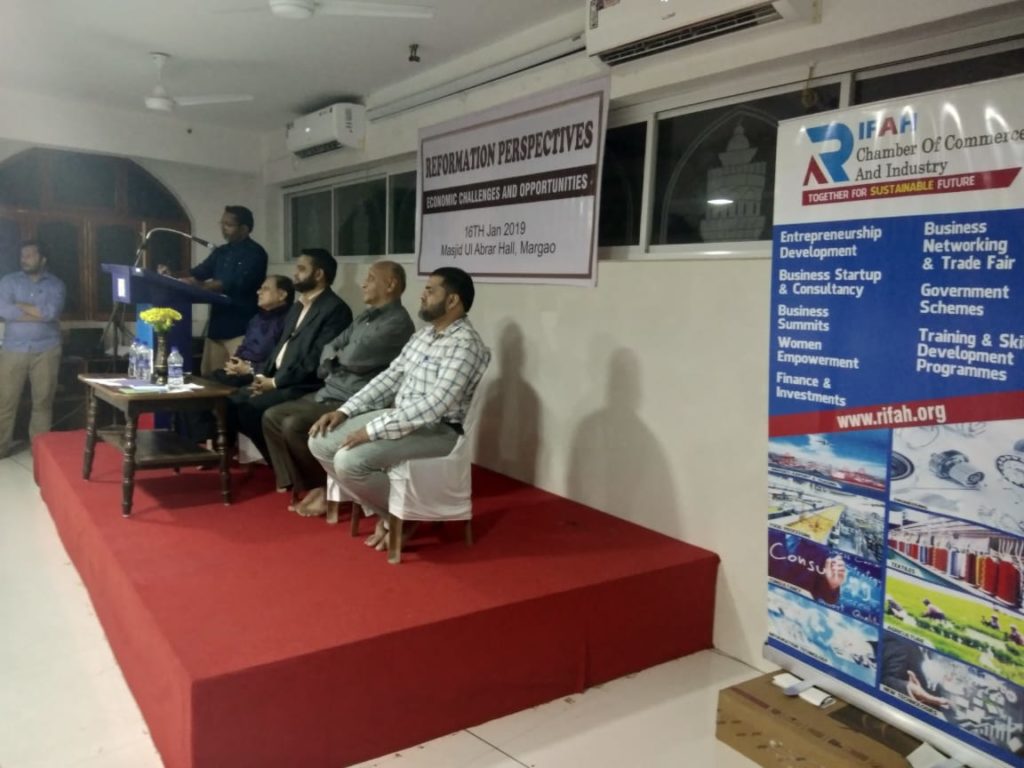 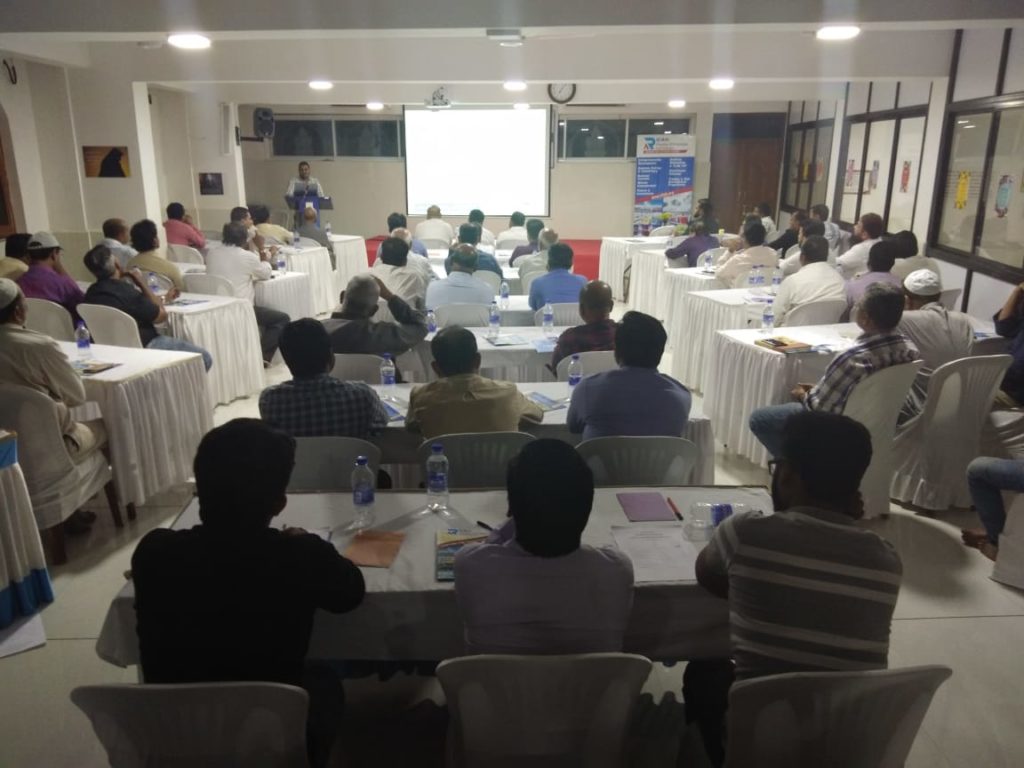