Latest
You are at:Home»BIE»BIE Organises 3 day camp for younger students on the theme “Nanhe Mujahid” 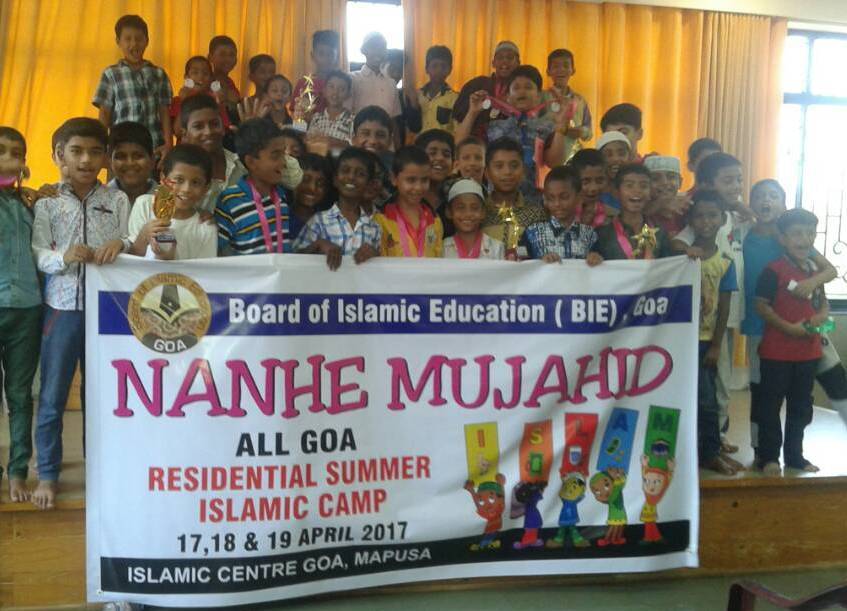 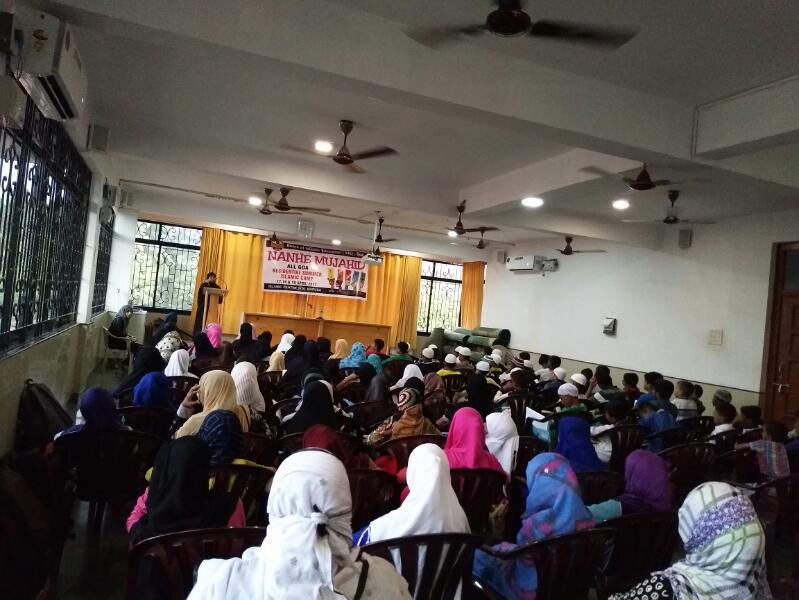 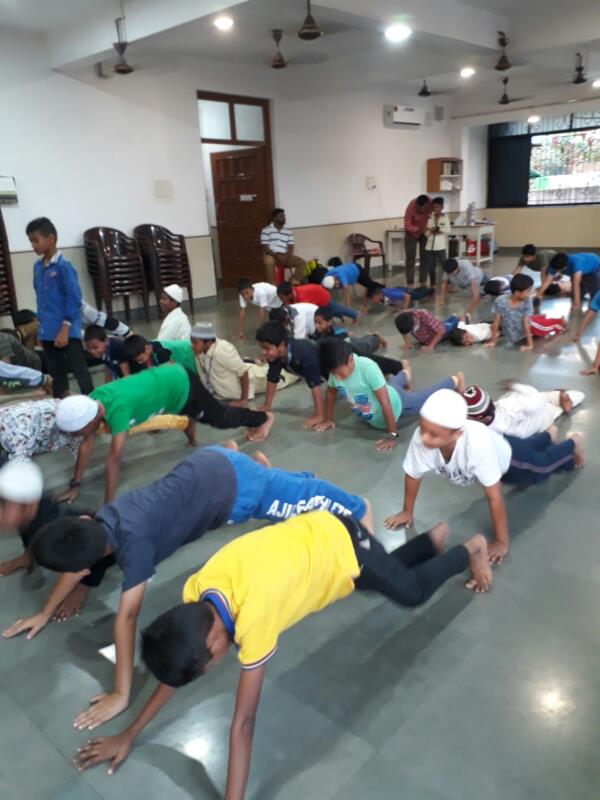 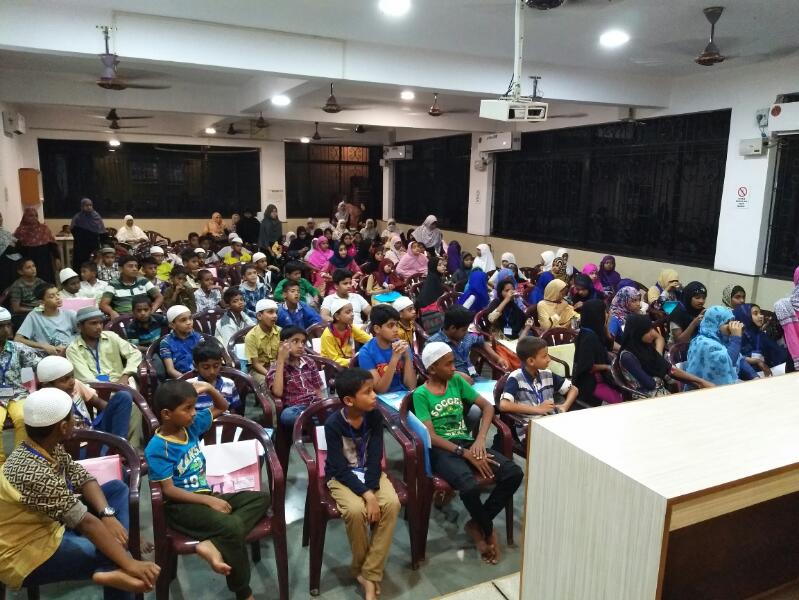 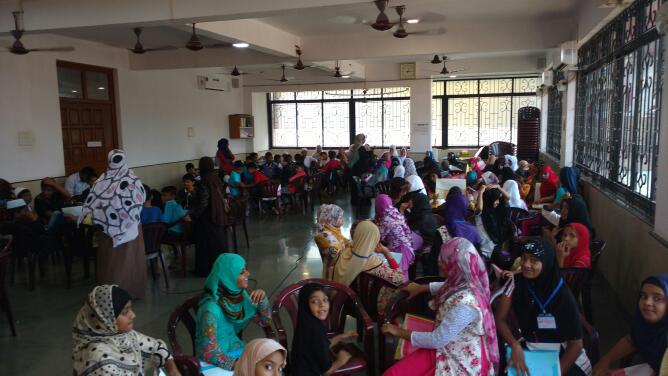 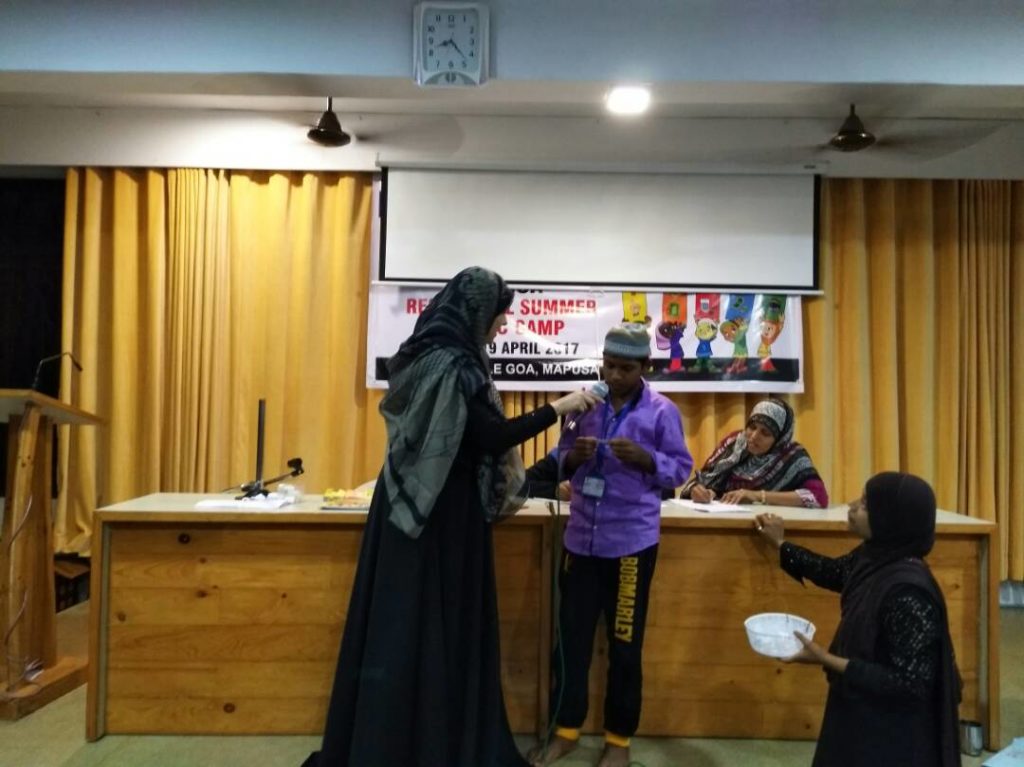 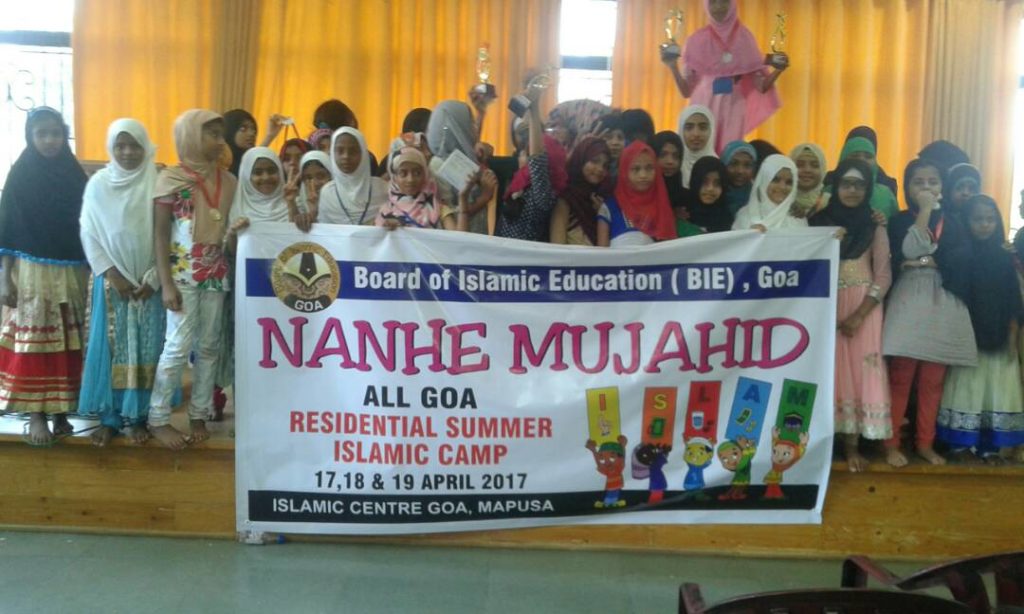 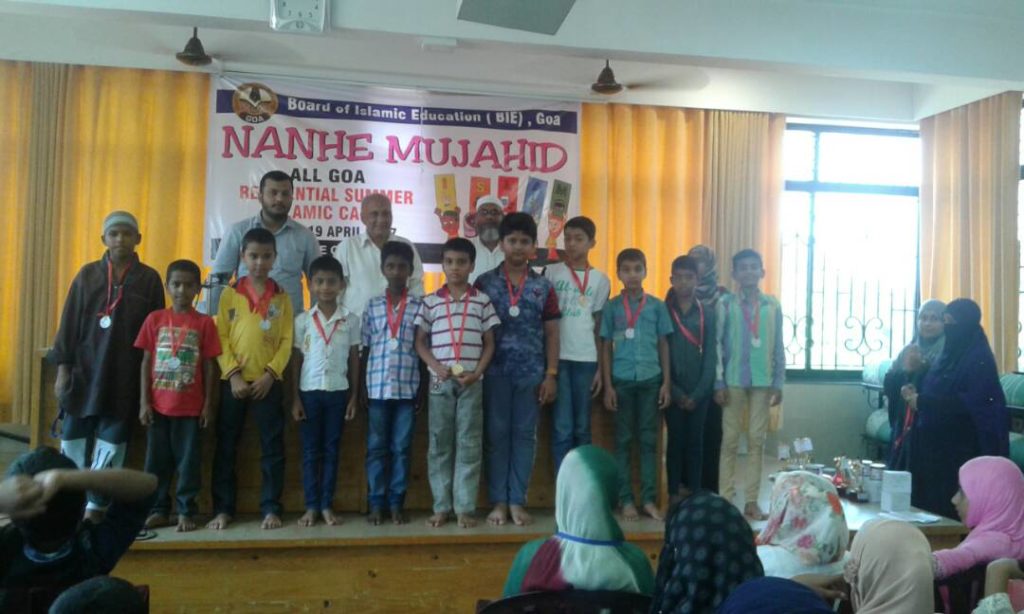 BOARD OF ISLAMIC EDUCATION GOA organised a 3 day residential summer camp for students of Level 2 and level 3 ( 8-11 years) of Islamiyat Weekend classes from 17th to 19th April 2017.The Camp was held at ICG -Mapusa for both Boys and Girls. The theme of the camp was“Nanhe Mujahid”.
The program began with Tazkir bil Quran of Surah Asr by Shaguftha Khan, Principal of Mapusa BIE unit.
In the inaugural address the purpose and the need for such camps were read out by camp incharge, Aisha Khan. She said the camp will help the students get a feel of Islamic life and ettiquettes and was an opportunity for students to learn about their faith in a friendly environment. Later the students were divided into groups, each with a group leader acting as the team captain for the group.
The Camp designed with many competitions like pick and speak, elocution, Nasheed, Qirat, Essay, Quiz etc including many games. Three videos ( Boond boond zindagi, The wall, A joy of sharing ) were screened during the camp to inspire students. This was followed by interaction on the lessons learnt in the video sessions. Story telling session has been presented by Nazmeen khan and Ruksana khan , the members of JIH Goa after magrib salah. Stories of Yusuf(AS), Sulaiman (AS), Hazrat Anas (RA) and Hazrat Abdul Qadeer Jeelani was conducted by an interaction session.
The Personality Development programme on the topic team work and goal setting was presented by Sana Atiq, committee member of BIE. In her PPT, she explained about the importance of team work and it will be easy to complete task while in team rather than working individually. Apart from this Dua memorization was also held.
Prizes for the winners of competitions and games were given away along with the concluding address by Anees Mohammad, Secretary of BIE. In the feedback session children expressed their gratitude and were happy to be a part of this camp.
By Allah’s grace the camp progressed as planned and ended on a good note.