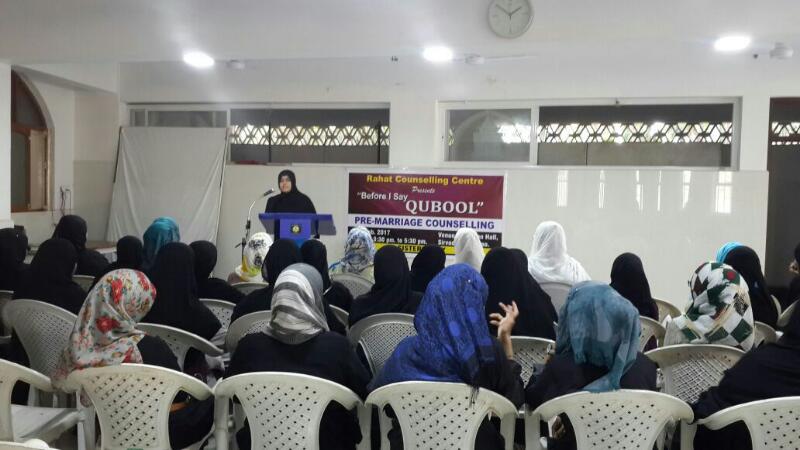 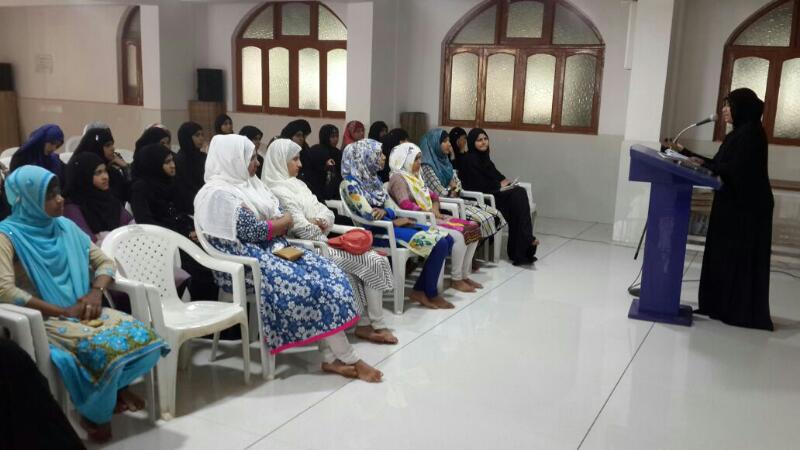 Rahat Counselling Centre organised an pre- marriage counselling program named “Before i say Qubool’ in Margao. 41 young girls attended the program. Guidance from Divine verses of the Quran were recited by Mrs.Tabassum H . President of Womens Wing of Jamaat e Islami Hind Goa -Margao. Farheena Hussainy ,Principal of Jamiat us Salihat-Margao and Mrs. Sana Ateeq – member of JIH, Goa were the dignitaries present at the program.

The program continued with inaugural address by Mrs.Gulzar Parveen (Principal of BIE, Margao). She said that pre marriage counselling has become the need of the hour in today’s scenario. She also mentioned the different activities
by Rahat Counselling centre to educate the need for pre-marital counseling in Goa.

The program continued with the speech on “Etiquettes of marriage in islam” by Mrs.Sana Ateeq. She quoted “Marriage is an institution through which societies are build based on mutual love and comfort. Marriage is the foundation to a healthy and peaceful life provided the criteria of choosing the partner is based on the guidance of the Prophet Muhammad (saw) She further added, that marriage is mandatory to attain peace and tanquility in one’s life. She concluded stating “You ought to accept your better halves despite their shortcomings “.

Mrs.Farheena Hussainy took over the stage with her topic “Naye rishtey naye khushiya”. She persuaded every girl to have a simple wedding devoid of superficial glory and glitter. Moreover, she mentioned that a woman must seek pious husbands and thereby also be a complimenting wife, rather than a complaining one.

The program further proceeded with an interactive question and answer session. The girls were seen pouring out their doubts and difficulties.
Mrs. Gulnaz Banu proposed the vote of thanks and ended the program with prayers for improved family life for all across the world.