Latest
You are at:Home»WINGS»GIO»GIO organises program on ‘Forgotten Moral Values’

The Islamic moral system stems from its primary creed of belief in One God as the Creator and Sustainer of the Universe. The purpose of human life is to worship God. To lead this worldly life in harmony with the Divine Will is worship and thereby achieve peace in this world, and everlasting success in the life of the hereafter; the Glorious Qur’an and the Traditions of Prophet Muhammad (PBUH) are the moral guides.

The programme commenced with the recitation of the Holy Quran by sister Muskan.

Sister Shirin Qazi- secretary GIO addressed the gathering highlighting the importance of Moral values in everyone’s lives. She stated that values are taught to us right from our childhood but as we grow we tend to forget or pay less attention to it and hence the real purpose of life could not be achieved without moral values.

This was followed by Dars-e- Qur’an by Maulana Mubeen of Surah Al- Hujurat verse 11 which gave a clear picture of how a Momin’s character in this world should be.

A session was held wherein all the participants were divided into groups and made to write the values which they find to be lacking in themselves and the morals they would want to imbibe in them. The purpose was to make all the girls interact with each other and to rejuvenate the sense of self reformation.The concept of morals was explicitly put forth by Mrs.Sana Bengre she said the basic values of life accompanied by moral values makes one a responsible Muslims.

Brother Ateequr Rehman briefed the audience about the punishments for neglecting moral values in this world as well as in the hereafter. He also spoke about moral values saying that it builds ones personality and that moral activities bring about a decline in a person’s character.The second session began with the distribution of a questionnaire followed by Dars-e- Hadees by Sister Sana Bengre about ‘Modesty’ and how it has been forgotten today and what consequences we could face for neglecting it. A skit was presented by GIO girls from Mapusa and Margao based on ill effects lies and ignoring commitments.

Mrs Farnaz Banu enlightened the gathering about the means and methods employed by the satan to entrap and mislead people from the right path and how one should be vigilant and be saved from his vicious snare.

Mrs Farheena Hussainy in an open house explained how we as Muslims could deal with the daily situations in our colleges or work places and guard ourselves from moral downfall. This was followed by the vote of thanks proposed by Sister Ambrin Baig.The programme was convened by Sister Zeba Khan. 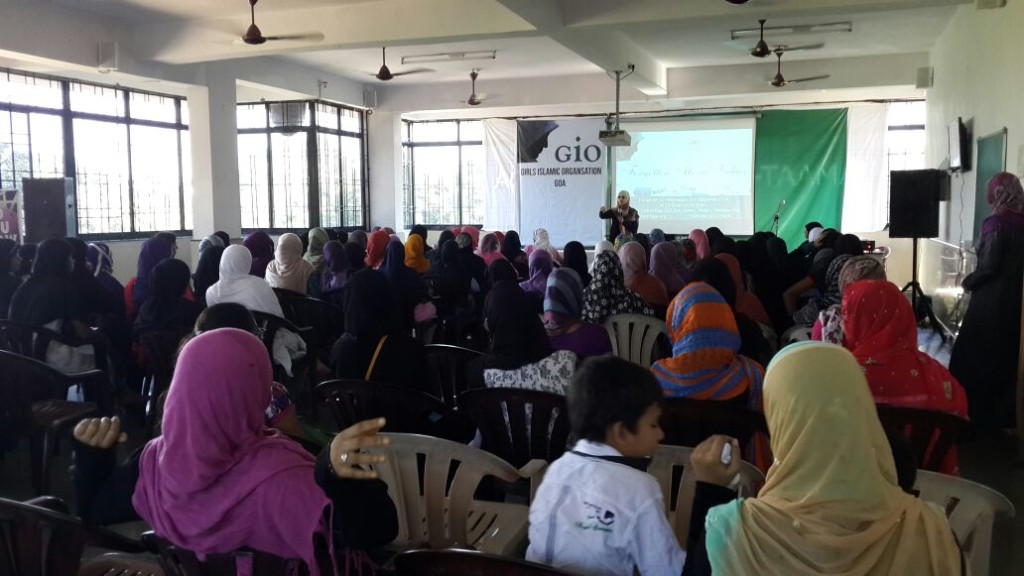 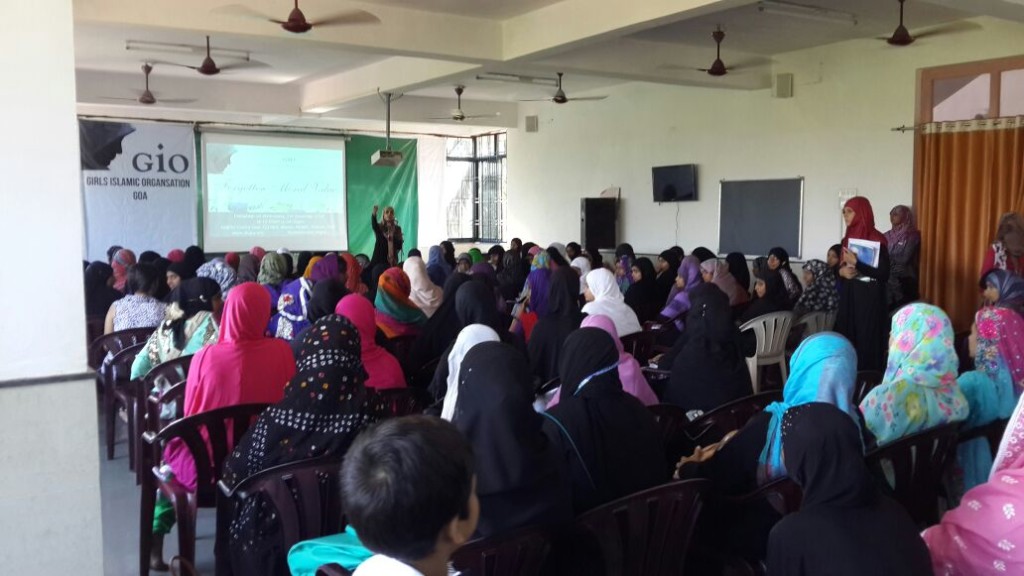