Latest
You are at:Home»WINGS»GIO»GIO Organises Orientation camp for Junior Associates 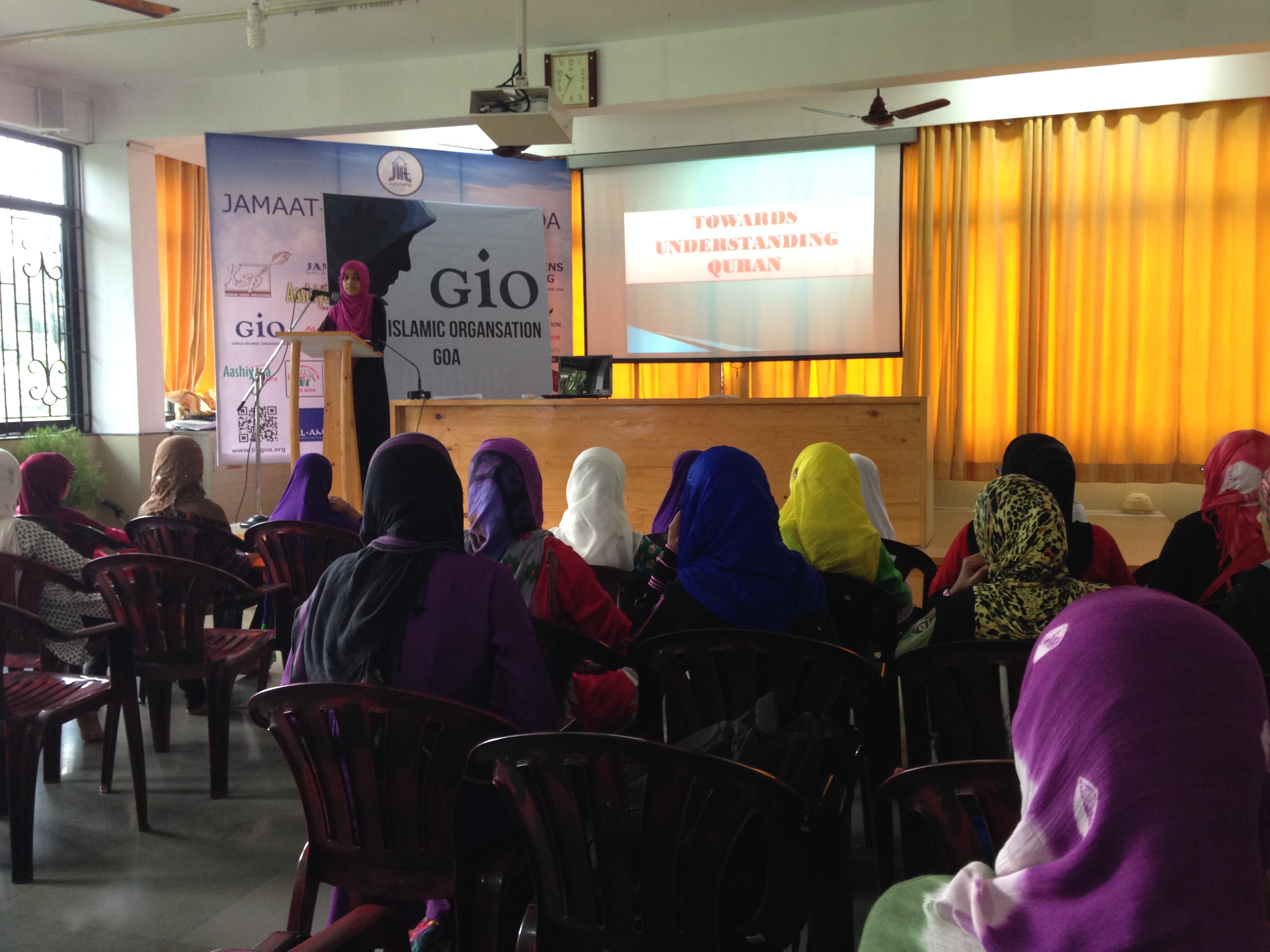 The Girls Islamic Organisation held a one day orientation programme for the JAC (Junior Associate Circle) on the 31st of August 2014, at two different venues one at Islamic Centre in Mapusa and the other at Abrar Masjid in Margao.
The programme at the Islamic Centre was attended by girls from North Goa and girls from South Goa attended the program at Margao .
The purpose of the programme was to get in touch with the girls who had previously attended the camp held in the month of May and to follow up with their moral progress.
The programme started with the recitation of the verses of the Holy Quran followed by the Innaugural Address by sister Sharmin Khan which was followed by an open house session of Surah Luqman conducted by sister Tehseer Khan.
Sister Shireen Khazi logicaly explained her topic, wherein she put forth strong proofs and reasons about Qur’an being the Book of Allah, followed by a tea break for 15 minutes.
Self-development with an Islamic perspective which is so important for today’s generation was very well explained by Mrs. Afsha Khan.
Sister Ambrin Baig gave a brief introduction to Hadeeth, highlighting its important aspects.
A feedback session was held for the girls where they had to pen down the changes they found within themselves after attending the camp and what more they would want to inculcate in themselves.
The morning session ended with a break for Zuhr Namaz and Lunch.
The second session began with the recitation of two brief Ahadeeth about character followed by a talk on strengthening Imaan by Mrs. Shaheen Khan.
A quiz and pick and speak competitions was held for all the girls and the winners awarded with prizes.
The programme ended with the concluding address given by Mrs.Shaheen Khan followed by dua.