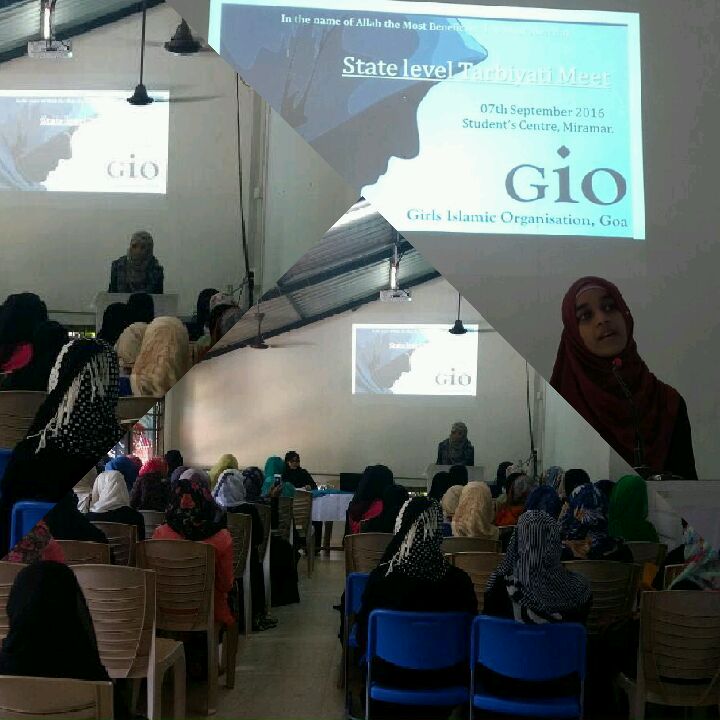 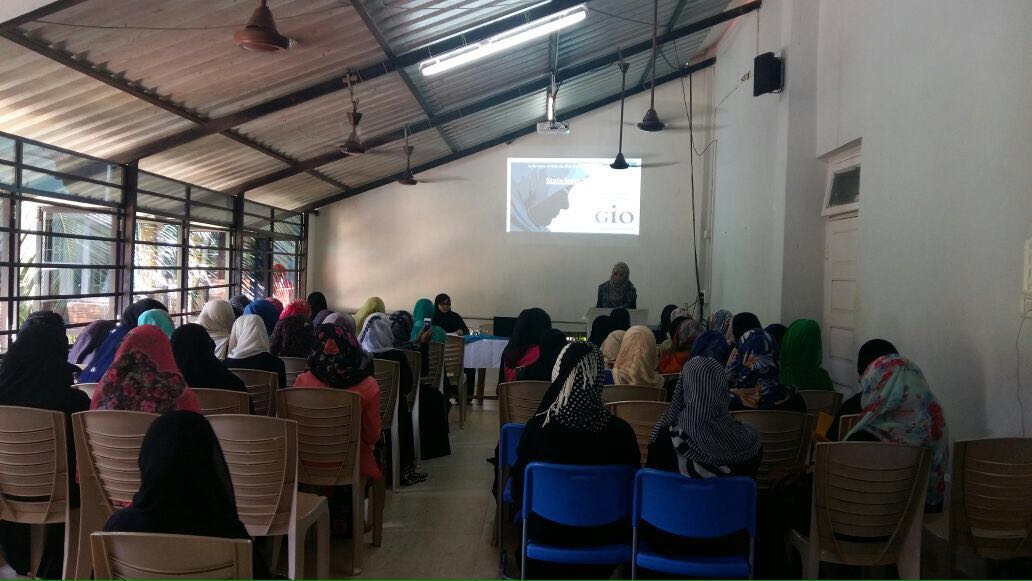 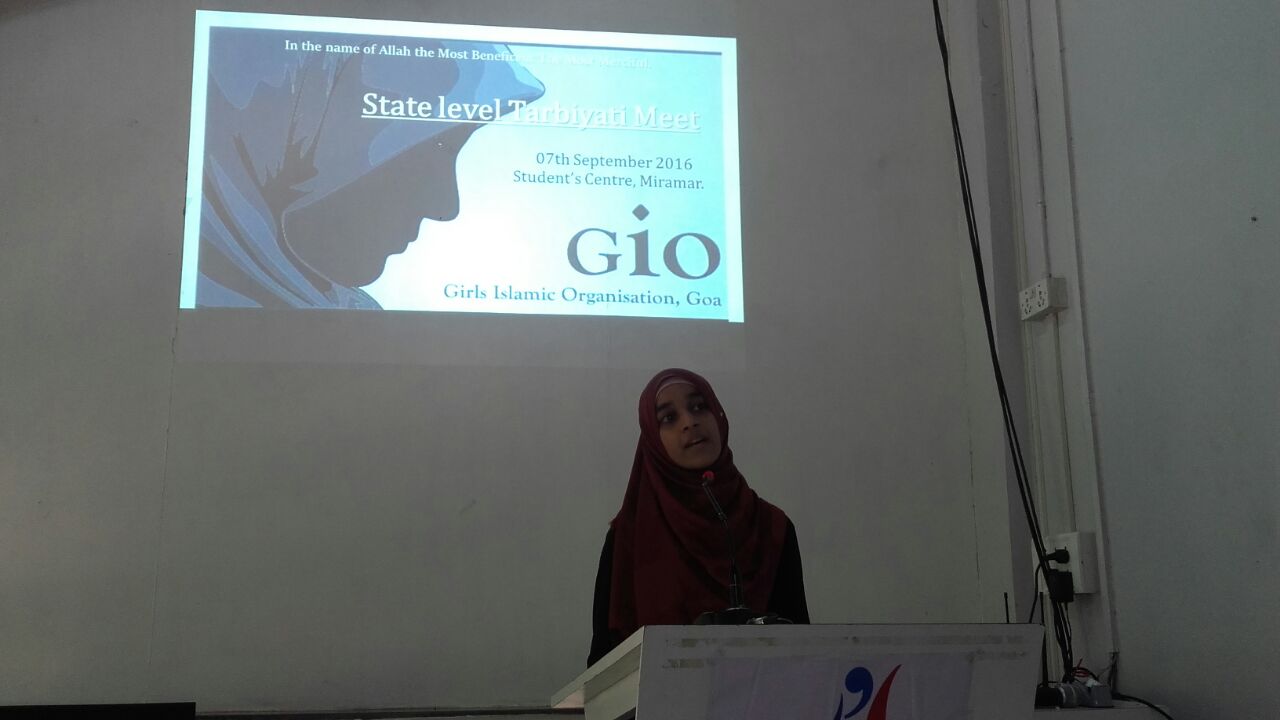 A state level orientation programme was organised by Girls Islamic organisation at Students Centre Miramar- Panaji in the presence of Mrs Fareena Hussainy, Mr Ateequr Rehman, Mrs Tehhnaz Zattu.
The programme began with taskeer bil Quran by Ms. Ambrin Baig – President of GIO wherein she spoke about Kaab Bin Malik and his sincerity and dedication to Islam and how he loved and obeyed the prophet of Allah despite being abandoned and boycotted for 50 days . Later in the inaugural address Ms. Sharmin khan introduced the program and its need saying GIO is an amazing platform to contribute to the Islamic cause. Each unit sent a representative to express their views on their understanding about GIO. They expressed how GIO helped them transform themselves and how GIO counseled them in times of difficulty. After a 15 minutes break Ms. Zeba khan delivered a lecture on the life of Asma-el-Baltaji a young martyr who sacrificed her life in the way of Allah. After which, each unit President spoke about how they could make GIO effective. There were a great number of innovative ideas and opinions put forth by different units.
The second session started after the lunch break. The session opened with a celebration circle where the members played few energizers. It was followed by Darse Hadith by Ms. Tamazar Belwadi. Later Ms Afreen Khan who spoke about the present scenario of Muslims and our responsibility where in she presented several common problems that Muslims face. For instance Muslims being labeled as terrorist, islamophobia and the prejudice the world holds towards Islam and Muslims.
Mrs. Tehnaz zattu addressed the members on the topic ‘bridging the gap- GIO as a single entity’, . She started her talk by quoting verse 42 from Surah Al Shura .and also spoke about the differences that are caused between GIO due to petty issues and how we can avoid them. Mr. Ateequr Rehman spoke about the importance of reading and seeking knowledge.
The programme concluded by Mrs Fareena Hussainy. She praised GIO and said that there was a lot of scope for improvement. She motivated the members by saying that they were role models and that they should develop their skills and use them in the cause of Islam. The programme ended with a brief dua.