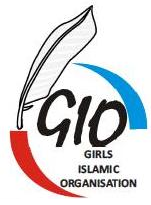 The elections of The Girls Islamic Organisation – Goa for the term 2015-2017 was held at the Islamic Centre Goa on 7th june under the guidance of Jb Zainuddin Shaikh -Secretary Halqa and Jb. Sarfaraz Bava Member Jamaat-e-Islami Hind. All the members were explained the implications of the article 9 of the constitution of GIO and the responsibility and duties associated with its leadership was stated.
The session began with the recitation of the Holy Quran. Later a thorough round of discussion before the voting was held. When members cast their votes after deliberations to identify the best amongst them to lead the organisation a 4 member Zonal Advisory Council was elected . Ms. Ambrin Baig was voted as the Zonal President for the term and Ms. Shirin Qazi holds the responsibility of the Zonal Secratory.
Miss Zeba Khan, Miss Saba Bengre, Miss Zeba Makandar and Sania Malik were elected to the Zonal Advisory Council.