Latest
You are at:Home»Regions»Margao»Iftar Get together on “ Spirituality in the worldly life” 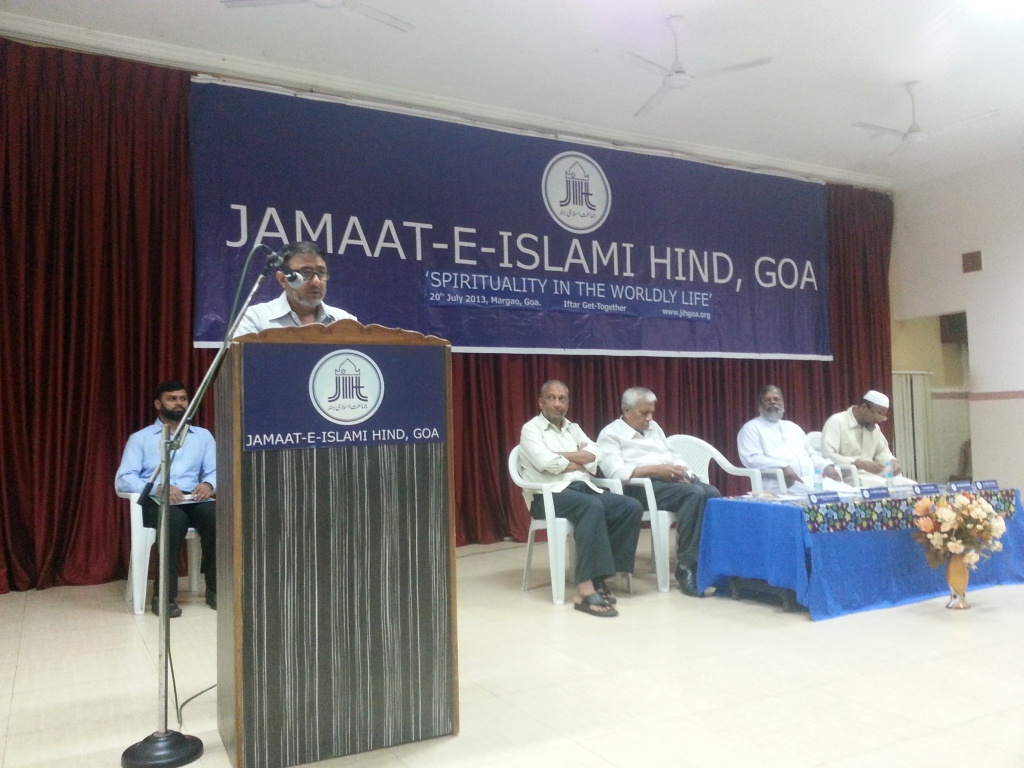 An Iftaar get together was organized with the theme “ Spirituality in the worldly life” by Jamaat-e-Islami Hind Margao unit at MCC hall on 20th July 2013. The iftaar was organized to build understanding between communities and stress the importance of spirituality to be expressed in an individual’s personal life as well as his social and collective life.
The program began with the recitation of the Quran and was followed by speeches by the guest speakers for the occasion. Maulana Abdul Mubeen Asari member jamaat-e-Islami Hind spoke at length of how the role of religion was confined to the four walls of the worship house and its relevance relegated to only ritual exercise. He said spirituality devoid of impact on one’s personal character and his day to day social relations is mere tokenism. He elaborated how faith should reflect in an individual’s life covering his family , economic and social life. He said Fasting is a means to achieve God- consciousness and helps one to train in obedience to Allah’s commands. Dr. Harishchandra Nagvenkar, retired principal of MES college said spirituality encompasses ones relation with the Creator , the nature and fellow human beings. Fr. Eremito Rebello , Rector of Blessed Joseph Vaz Sanctuary- Sancoale eloquently spoke the need for spirituality to govern our material and worldly life. An imbalance towards matter would ruin mankind , nature and life. The chief guest for the Iftaar, Dr. Ikram Ahmad Khan editor- in- Chief of Marathi weekly “ Shodan” appreciated the contribution of the earlier speakers and added that mankind apart from his physical and mental spheres is also endowed with a soul. This soul if guided and directed to right kind of training by fasting will help it achieve a noble character or else it would lead to corruption of thought and action. He said faith in God , His guidance and belief in the day of judgment accompanied by righteous character alone can help an individual to lead a successful life.
The program was attended by more than 300 people from all walks of life. “House of Wisdom”,St Inez had put up stall for books on Islam. The iftaar was followed fellowship.Ameer-e Halqa Goa Jb Abdul Wahid Khan was also present for the program. 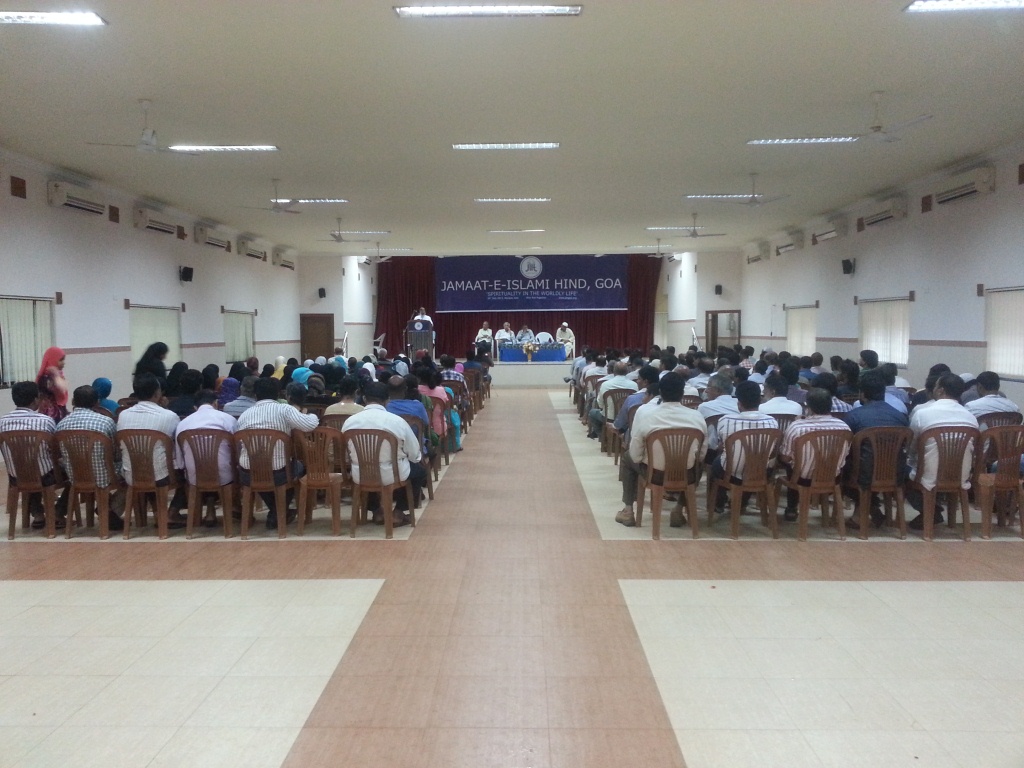 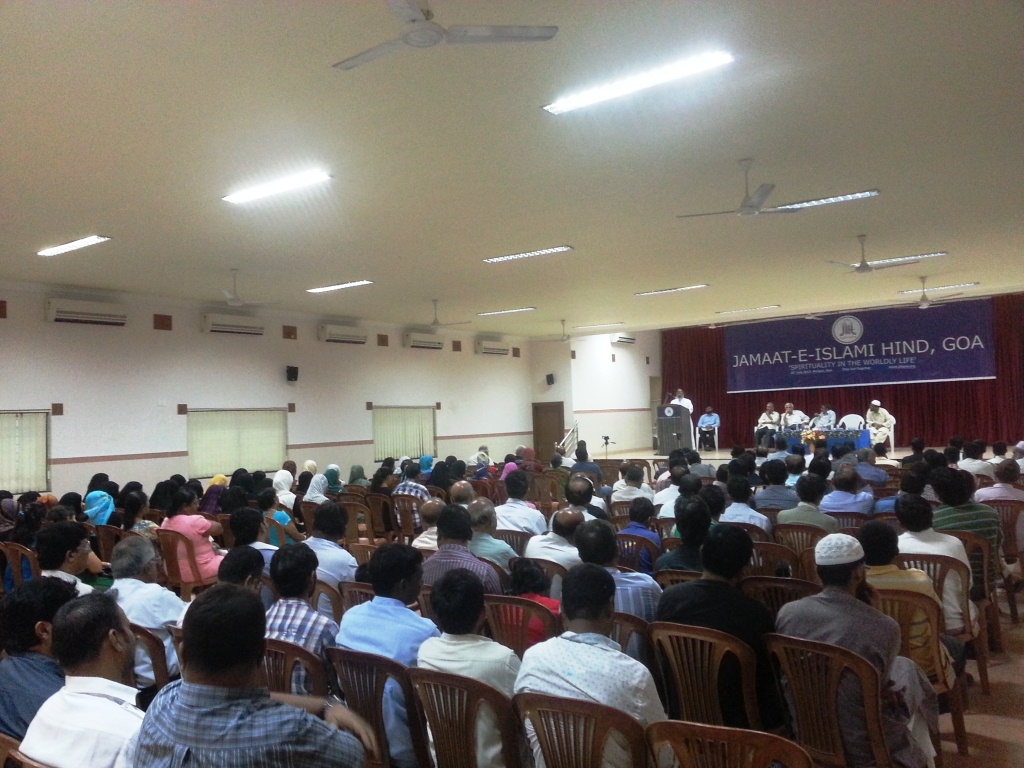 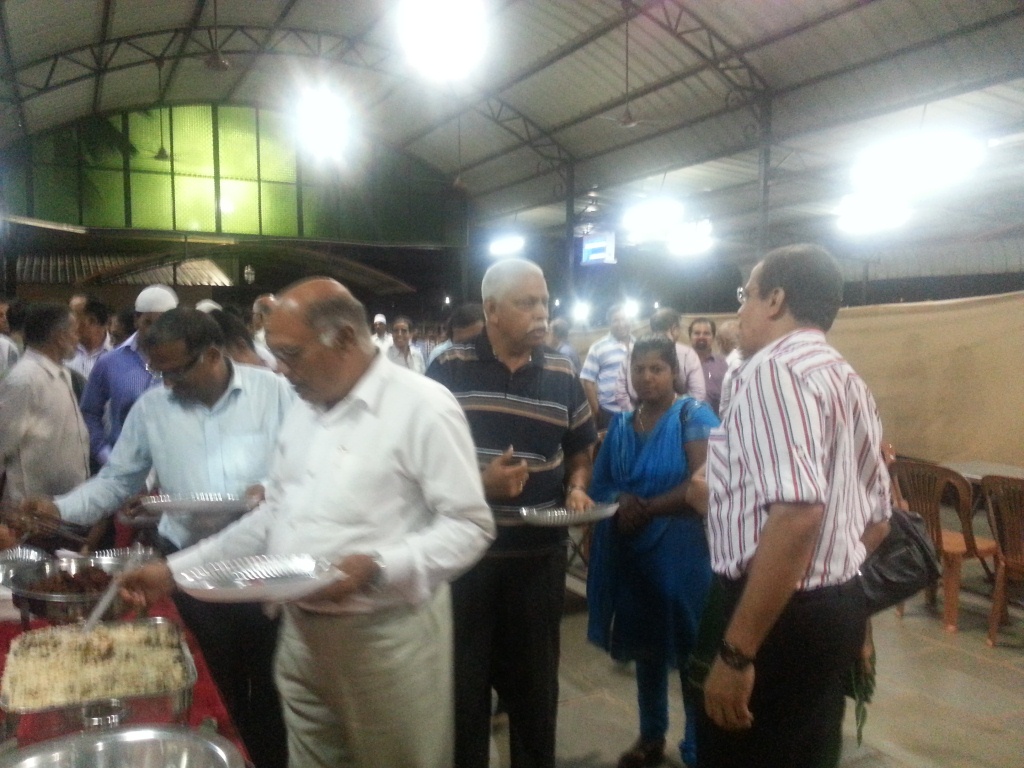