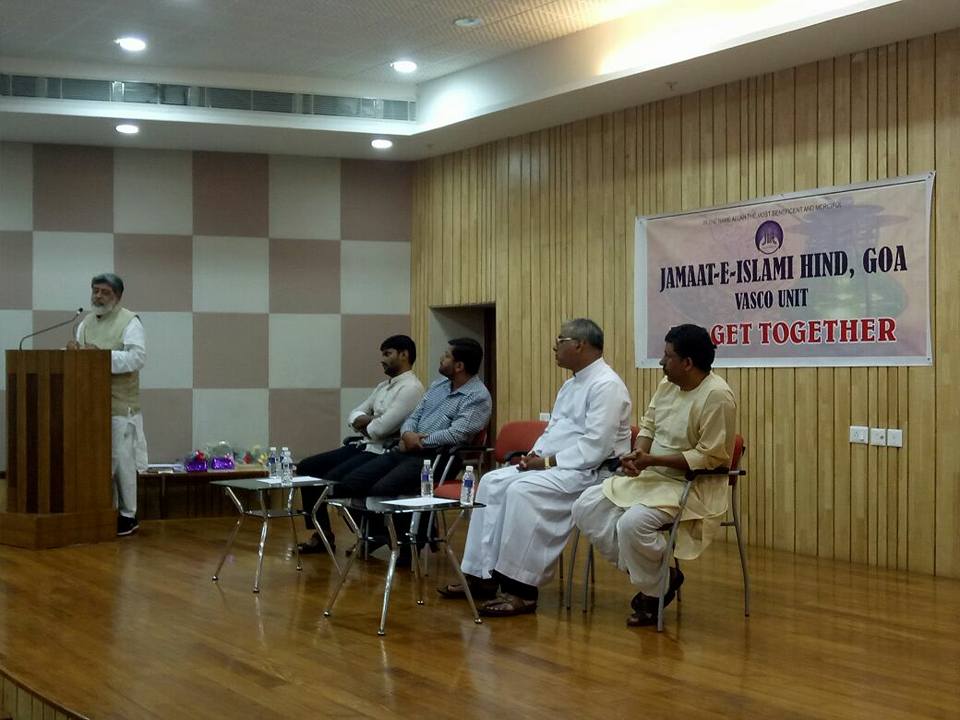 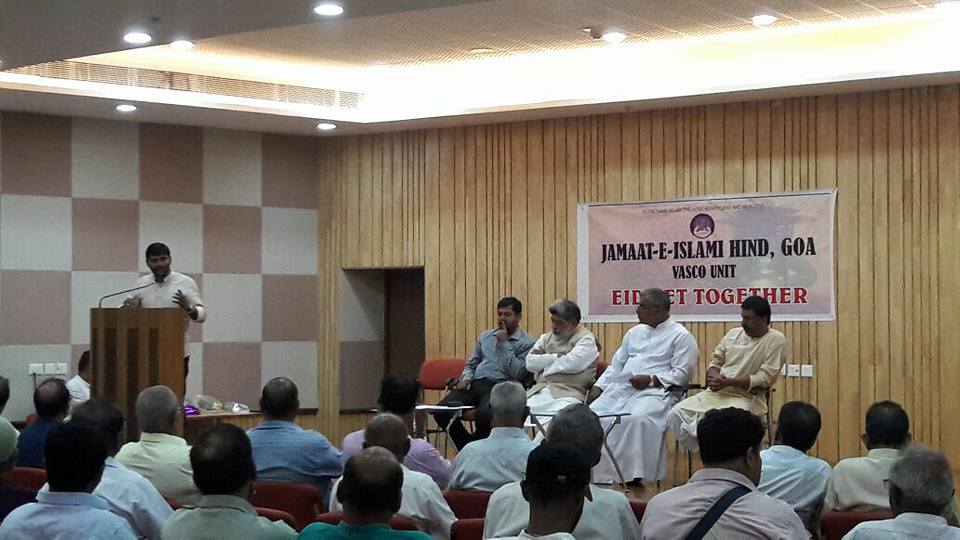 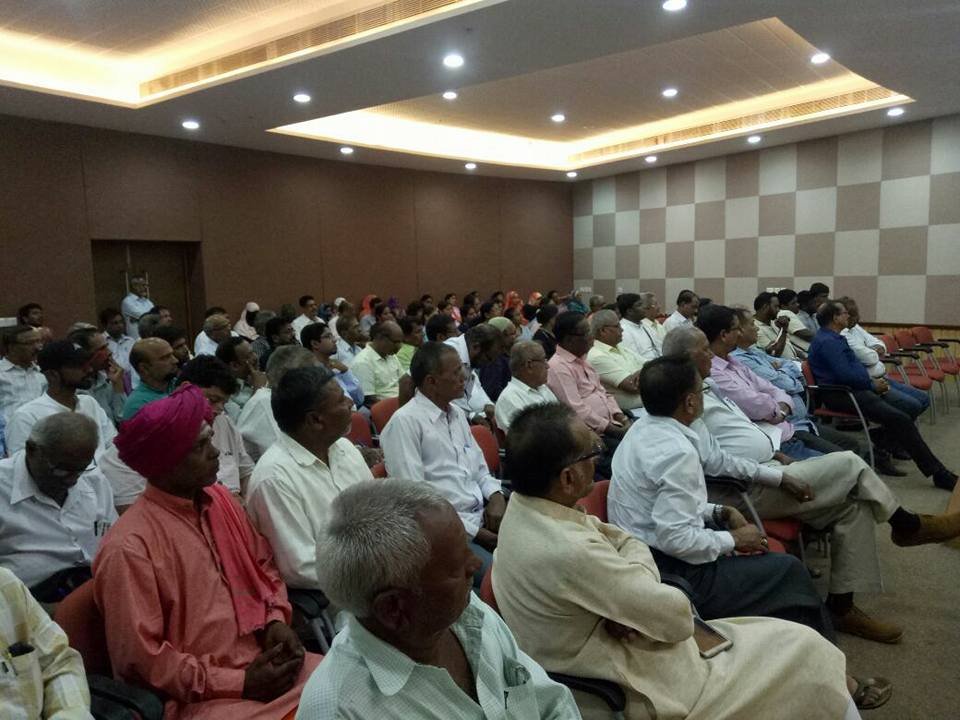 Jamat e Islami Hind , Vasco unit organised an Eid get together at Ravindra Bhavan, Vasco .
Speakers for the occasion were Janab Shaikh Shoaib a writer and journalist by profession, Guruji Dwarkanth Jadye high priest of Mahalaxmi Ambabai temple- Mangor, Father Gabriel Coutinho who is the Parish Priest of St Andrews Church- Vasco and Janab Shahid Memon a businessman and a member of the advisory council of JIH- Karnataka, addressed the gathering. Janab Shaikh Shoaib highlighted the imporatance of fasting in Islam, he also stressed that fasting was a tool to attain spirituality and be close to God, he added that fasting is a practise which is practised in every religion and it is a tool given to mankind by the Creator Himself. Guruji Dwarkanth Jadye said that religion preaches humanity and religion in its true sense will make you a better person, he also stressed on the fact that we need to take care of our parents and the mushrooming of the old age homes in Goa is not a good sign. Father Gabriel Coutinho spoke about how fasting develops your overall personality, he also said that we are passing through a very cruicial phase and we need to walk together. He also stressed that we need to have more dialogues between communities as it was the need of the hour. Janab Shahid Memon, in his presidential address said that it was the need of the hour that we meet and interact more as it is the best platform to remove misunderstandings .He said that the Holy Quran which was revealed in the Holy Month of Ramzan was a book from God Almighty and it Guides us in every aspect of life. He added that the concept of accountability is a major factor in all religions and it is important that we understand this concept as it will help you refraining from the evils in society. Janab Shahid Memon concluded by saying that we need to have more of these inter faith, inter religious dialogues as it will go a long way in having better inter community relations. Janab Altaf Shah proposed the vote of thanks and also thanked the audience for giving their valuable time making this programme a huge success.