Jb. Samiullah Belwadi  Secretary Shoba Islami Muashra  JIH Goa speaking about the  need for the campaign said that the fading concept of Islamic Family which in present times was restricted to  the idea of a nuclear family with a utter disregard to value the importance  for relatives has weakened the institution of family. He  said this campaign was important to remind the community of the rights and duties entrusted by the Creator to each member of the Islami Khandaan which includes relatives from both paternal and maternal family.
Maulana Zafar Alam Nadvi member of the Islami Muashra cell said that through the campaign we have raised a discussion on wastefulness during family occasions especially marriages in the community. He said many irrelevant  customs and traditions alien to the simplicity of Islamic life has made a permanent stay in pre-marriage and post marriage functions. He said these traditions are followed more zealously than the guidance in the Quran and Sunnah .

Ameer-e Halqa of Goa Jb. Abdul Wahid Khan  said we took notice of the fact that many marriages are breaking down faster today and the discord marital life has destroyed many young lives. He opined that   proper upbringing and pre-marital counseling will help reduce the stress, time, money and humiliation in fighting court battles to settle family disputes  and it  will also help reduce the burden of judiciary  as with every passing day  cases are piling up before civil courts. He said it was important to follow the guidance in the Quran and the Sunnah to resolve issues of discord in marital life.  He said it was important  for the community in  Goa to educate the masses of the importance of the institution of Family. He said Islamic family life is the last bastion of morality and ethical relationship between man and woman. The institution of family needs to be cleared of all forms of corruptions and weaknesses and be  safeguarded, restored and reconstructed  on Islamic fundamentals.

He said in Goa there are no tasfiya committees to counsel and address issues of marital and family disputes. This vacuum leads the families unaware of Islamic values to take recourse to  un-islamic methods of resolving issues. He said in the near future Muslims will have to pay attention towards establishing institutional  remedies to address such issues. Another issue raised during the campaign was the impact of the education system and media on the mindset of the new generation both together fail to instill character values such as humility, patience, mutual co-operation and selflessness. Emphasis on academics and a curriculum devoid of personality qualities has made the generation next seekers of material and physical pleasures only, he said

During the 10 day  campaign  a inaugural program was held at Students Centre -Panaji. Br.Asif Hussain introduced the Campaign and its objectives through a ppt and later Jb. Samiullah Belwadi introduced the campaign activities .Jb.Abdul Wahid Khan released the campaign introductory video at the inaugural function. Later Maulana Abdul Mubeen Asari enlightened the crowd with a talk on the Islamic family system and its impact on human life. He said it is Allah who has instilled love and co-operation between  a couple to live in harmony and to  also sacrifice their time, energy and wealth to raise kids. The journey of life  has been made wonderful through the different phases of life one goes through in life. As the same parents grow old it is then the time of the children to take of their parents not only because they raised them but because it is the command of the Creator to love them and to be compassionate with them in their old age and not to express even a sigh of   disdain and disrespect.

As the campaign progressed the cadre of JIH Goa went door to door meeting families and reminding of their role within the family system. Corner meetings were held to raise awareness on the campaign subject. Jumah Khutbah were distributed in all the masajids of Goa to raise the issue of “Islami Khadaan” during the Friday sermon. Two ulema meets were organized one each in south and north Goa to seek the co-operation of the ulema to address the issues of  dowry, inheritance rights of women, Meher amount due to the bride at the time of Nikah, rights of parents and elders in the family, etc.

The Masjid committee members were appraised of the ground reality of increasing divorce cases among young Muslims. They were asked to play a more active role in curbing wasteful expenses during weddings and use the Friday sermon to address the issue in the coming days. A proposal was put forward to arrange for pre-marital counseling for nikah applicants to help them understand the responsibilities and sensibilities of marital life.

Moulana Rafique Qasmi Secretary Islami Muashra addresed  three public programs  in Goa and two ulema meets during his short visit during the campaign. He began his address in Margao city quoting Surah Baqarah, Verse 208 (2:208) to emphasize to the gathered audience of around 650 men & women that “believers in Islam are expected to enter into Islam completely& follow it wholeheartedly” for success in this world & the hereafter. The learned alumni of DarulUloomDeoband made an underlining statement when he said that people in our society today speak of ISLAHE MUASHARA which without doubt should be done, but what’s more important than islahe muashara is the need to understand that every one of us should not just to speak and discuss but work rigorously to create an  Islami Muashra. The institution of family is formed through nikah & the formation of “Islami Khandaan” is possible only when we abide by the Islamic way of forming a family. Quoting a Hadith moulana said that Islam ordains one to prefer piety over beauty, wealth & lineage when deciding to marry. The former Ameer-e-halqa of UP pointing towards the female audience mentioned that islam- the religion of mercy- has given glad tidings to those parents having daughters. Prophet Muhammed (SAW) displayed his fore finger & middle finger while addressing a gathering of women and  said “the one who has 3 daughters, nourishes them, educates them& gets them married to pious men he will be close to me in Jannah the way these 2 fingers are close

Women should know their rights & status which islam bestows upon them, be conscious enough to get their rights specially the dower (meher) amount from their husbands and save them from hell fire. Quoting a hadith the wise leader of Jamaat said that Allah will raise those men who fail to pay dower to their wives from among the fornicators .

Social media was extensively used to reach to the younger Muslims with 5 short videos on the subject released during the campaign period. Print and electronic media were also used to convey the message of the campaign.

The  issues raised during the campaign were appreciated by all the masses as well as the Muslim leadership in Goa. Many parents expressed their helplessness of the ground realities and many said the issues have touched their hearts and shall make every effort to remedy the situation in the society. Women in large numbers  attended the public programs  and played a pivotal role during the campaign.
Jamaat-e-islami Hind Goa used various means to reach out to the community. Friday sermon booklet on Islami Khandaan was distributed to 61 Masjids.   96 Religious leaders and Masjid committee members were  individually addressed during the campaign. Close to 2500 Muslim families were contacted and urged to mould their lives according to the Quran and Sunnah of Prophet Muhammad (saw). Street corner meetings were held across different towns and cities of Goa.

A special effort was made to use the social media network. Facebook, Whatsup and mailing list were usedto reach out to maximum numbers.  Daily Whatsup posters with sayings and teachings of Prophet Muhammad (saw) was extensively circulated to reach out to the masses. Articles and letters were  mailed and posted on the facebook page for maximum effect.  A series of Short videos were produced with the message of the campaign and circulated through social media network.

The convener of the campaign Jb. Samiullah Bailwadi  thanked all the  community members for the support during the campaign. 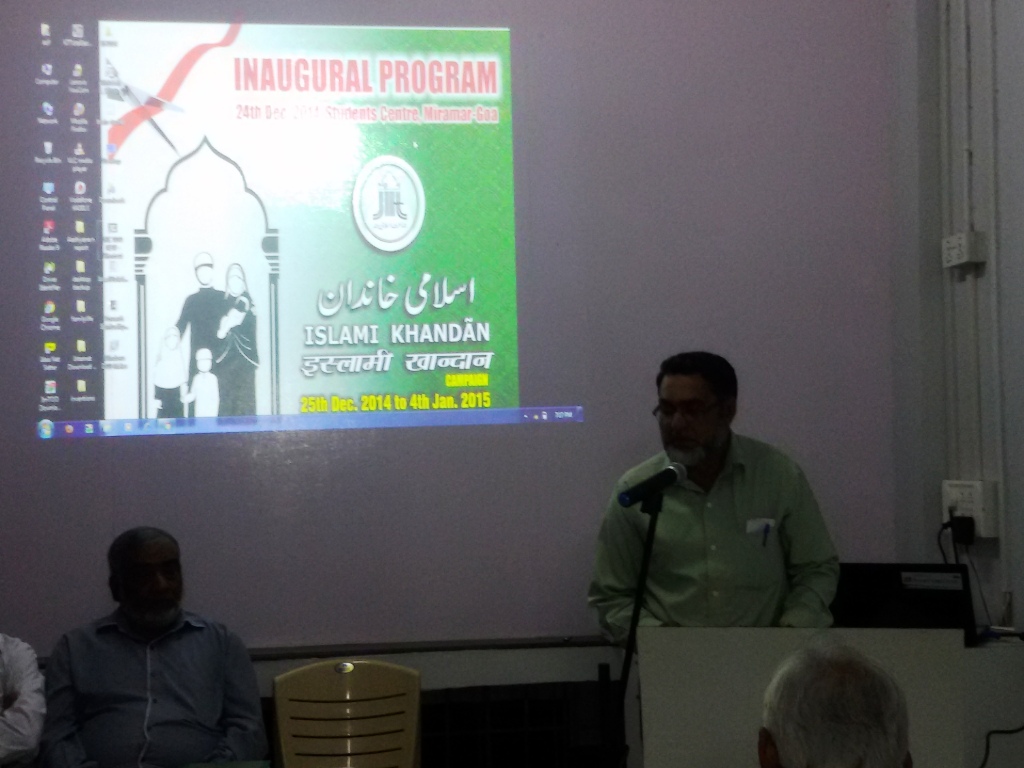 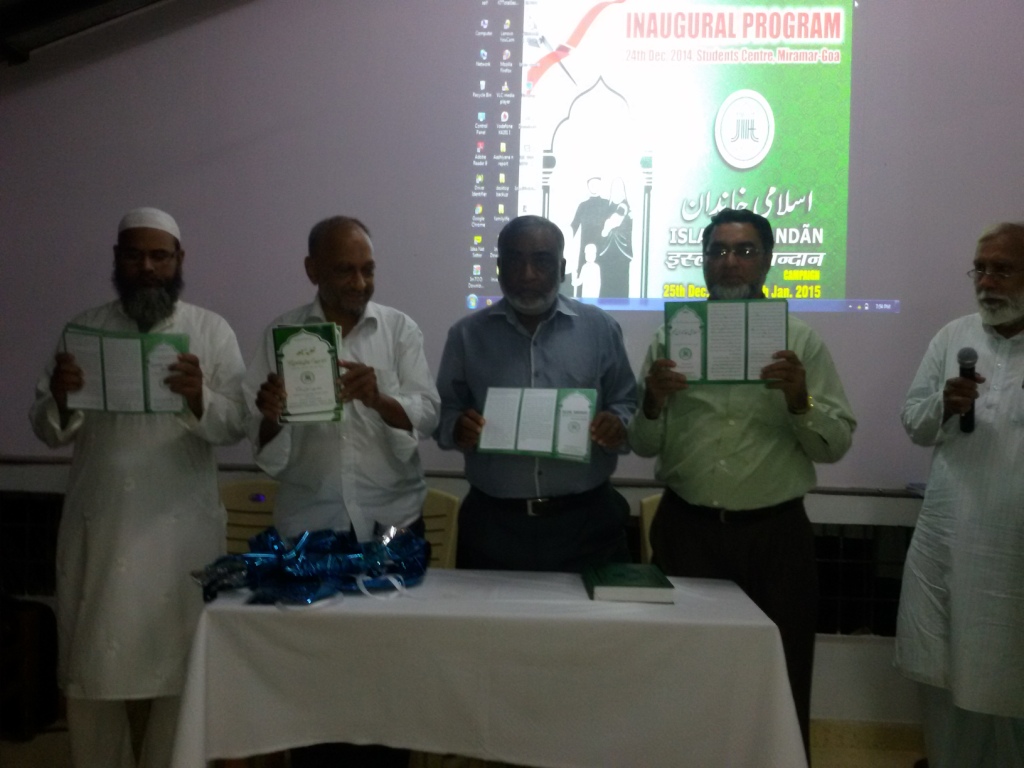 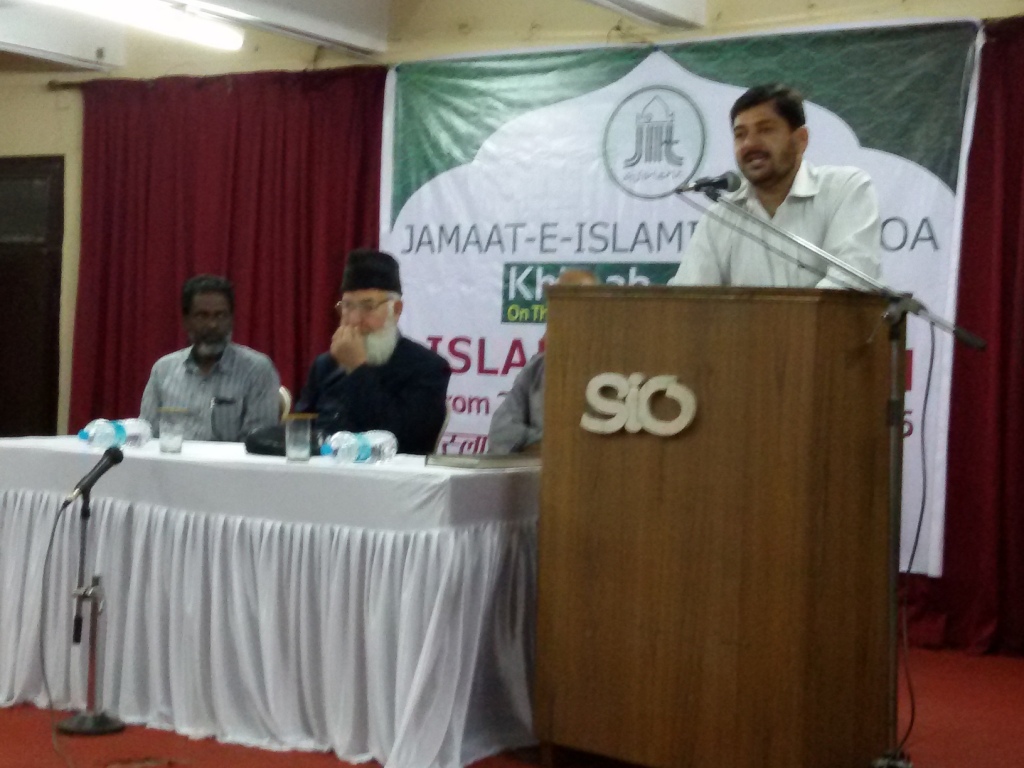 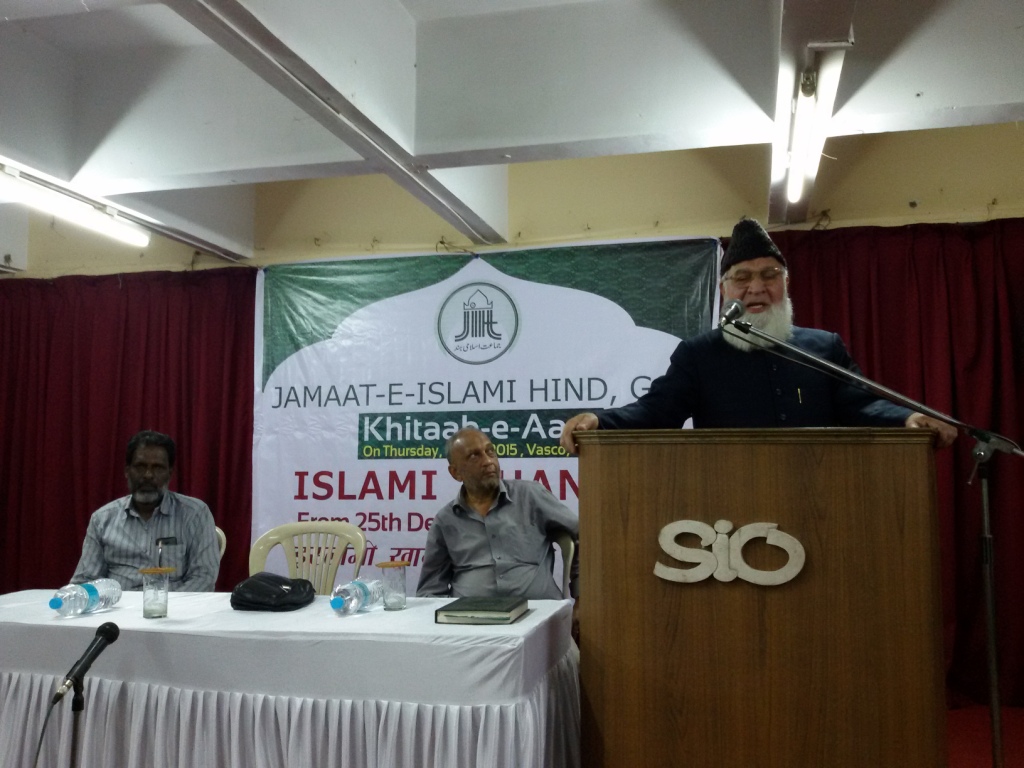 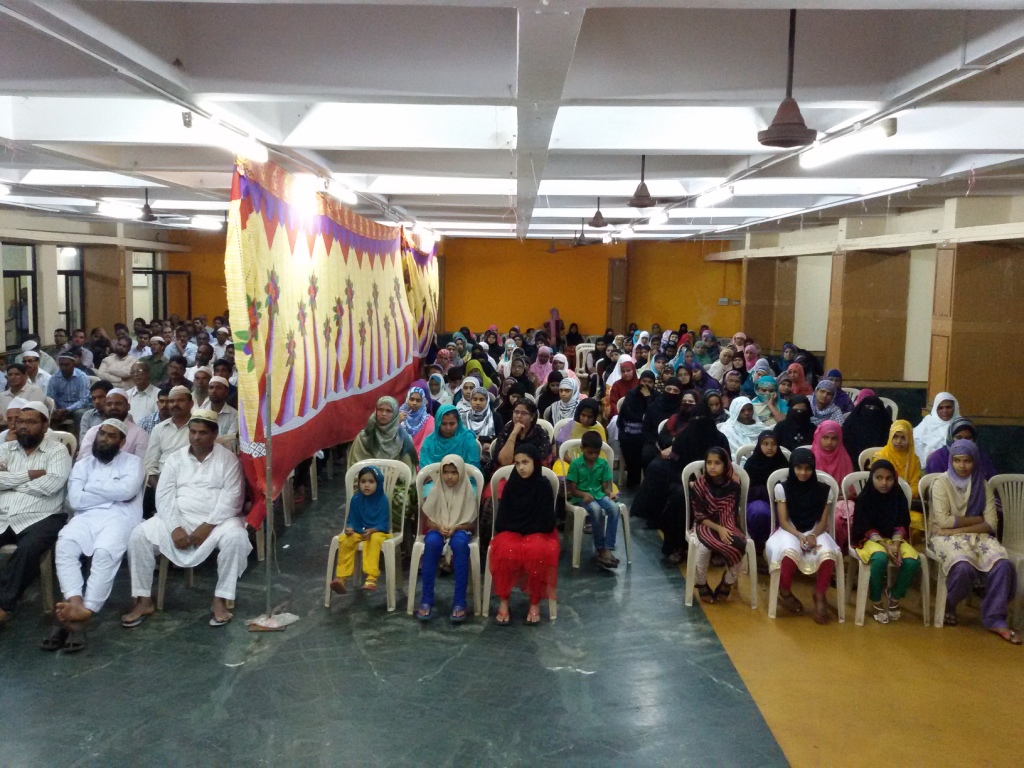 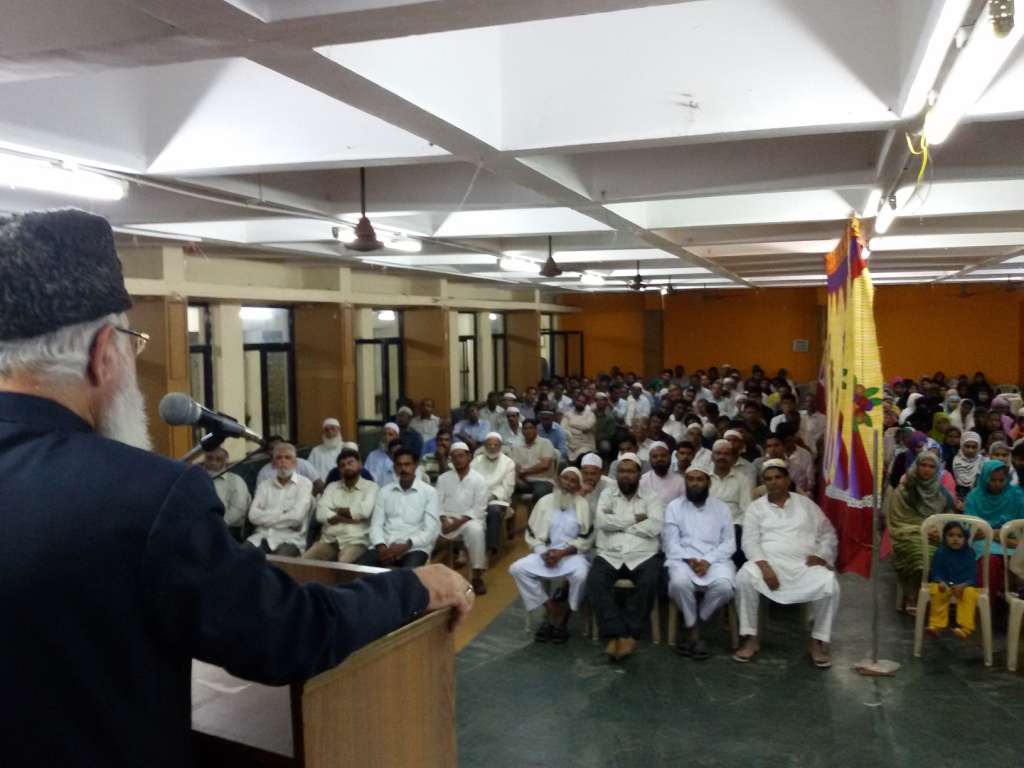 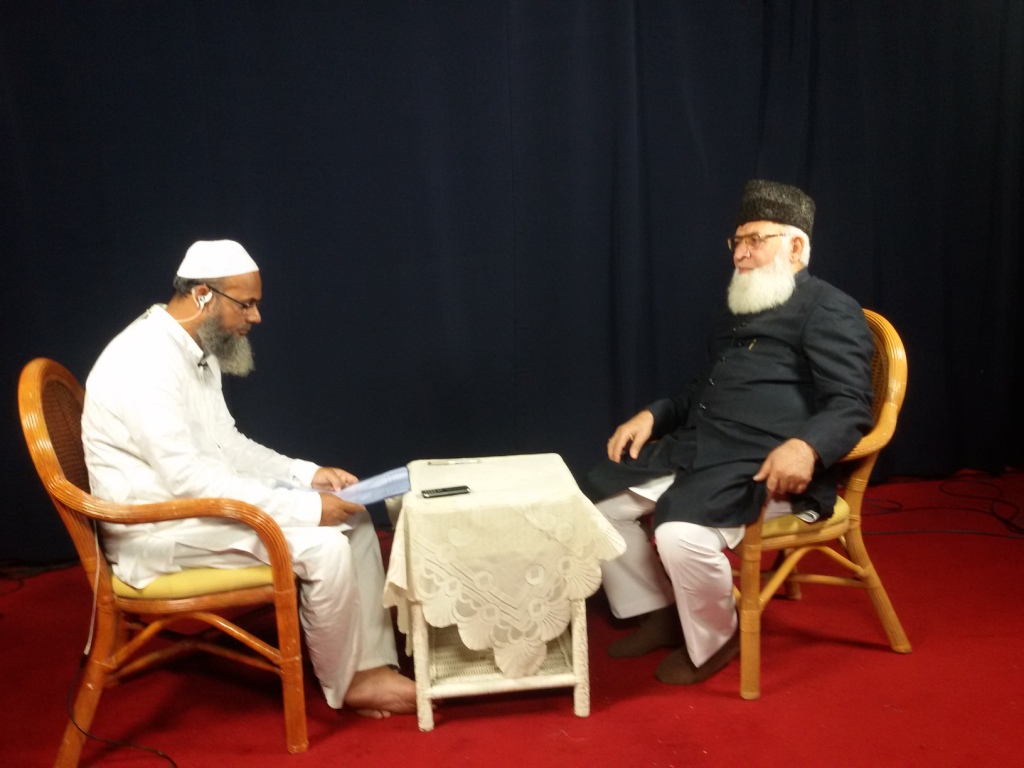 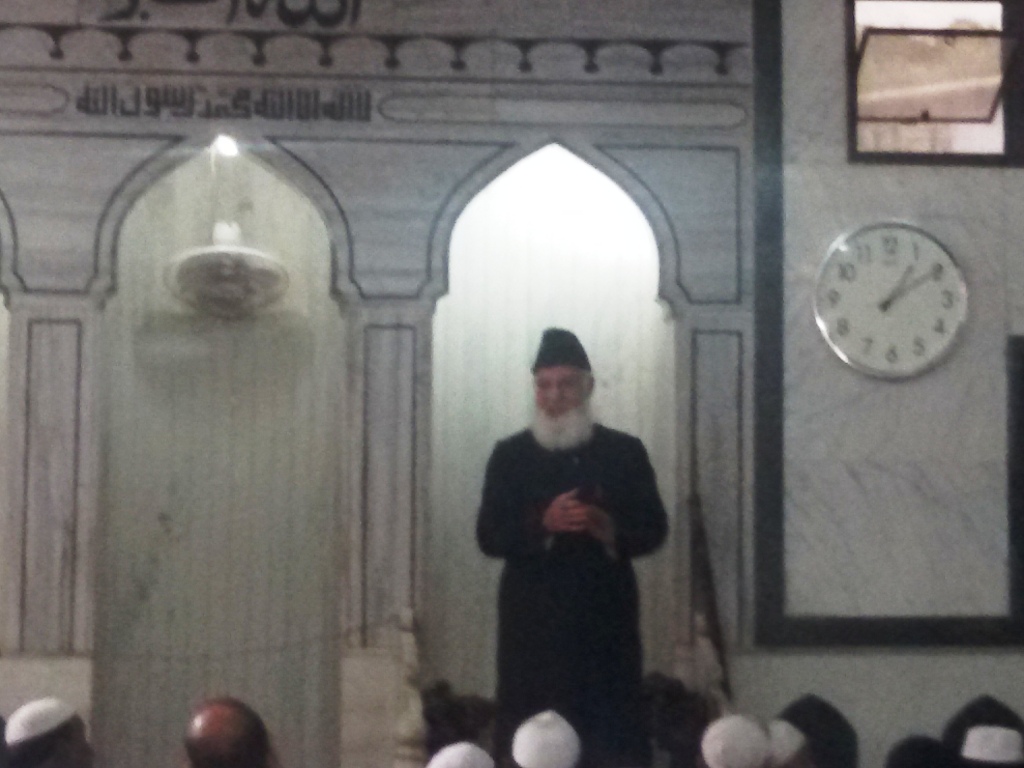 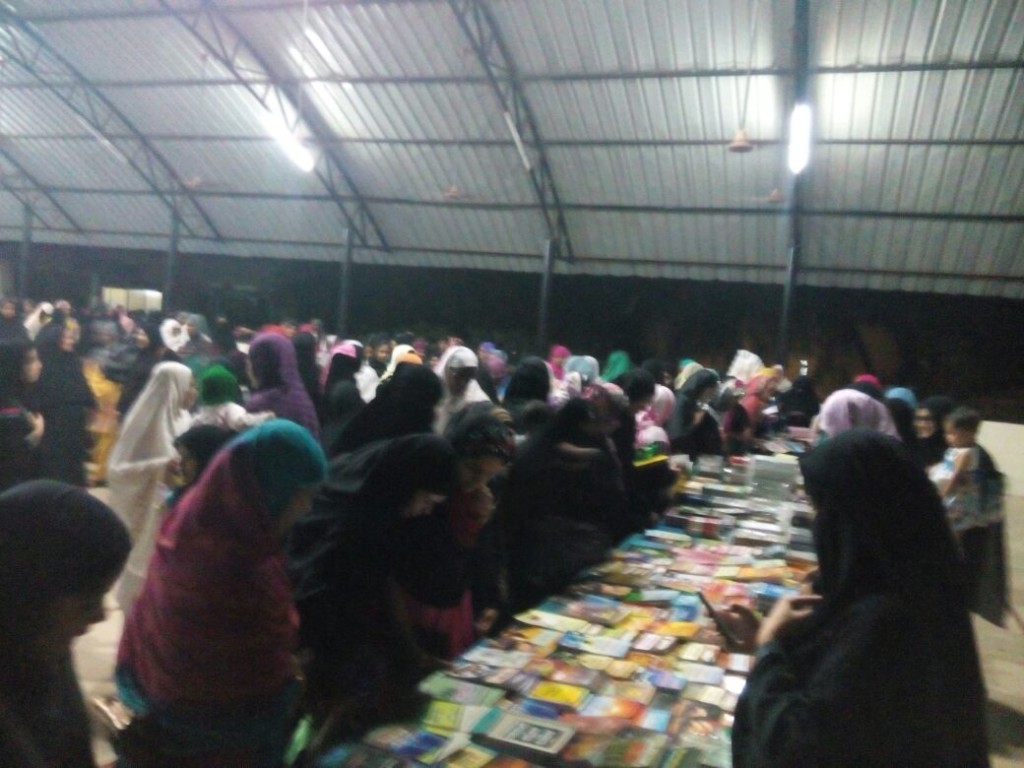 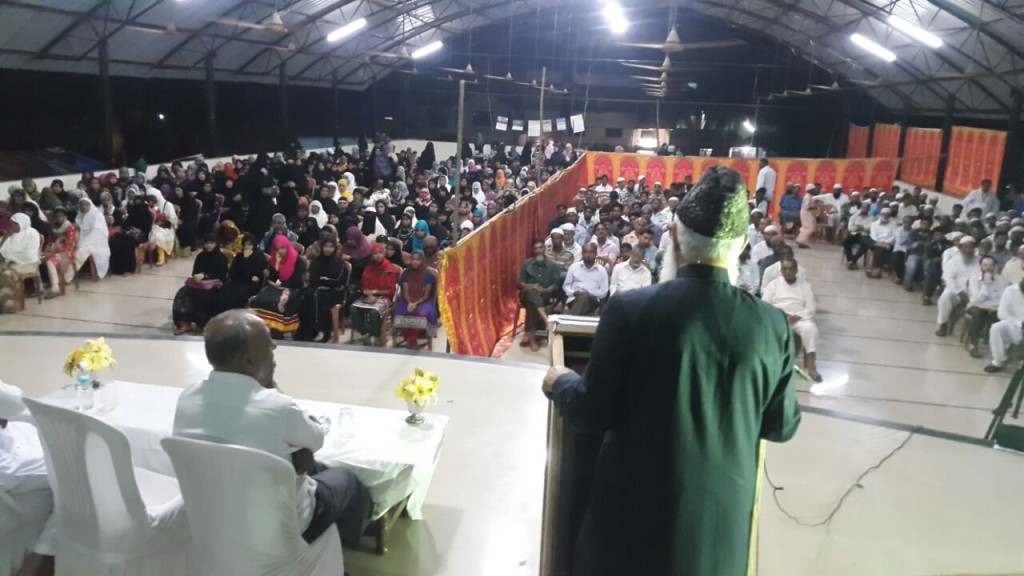 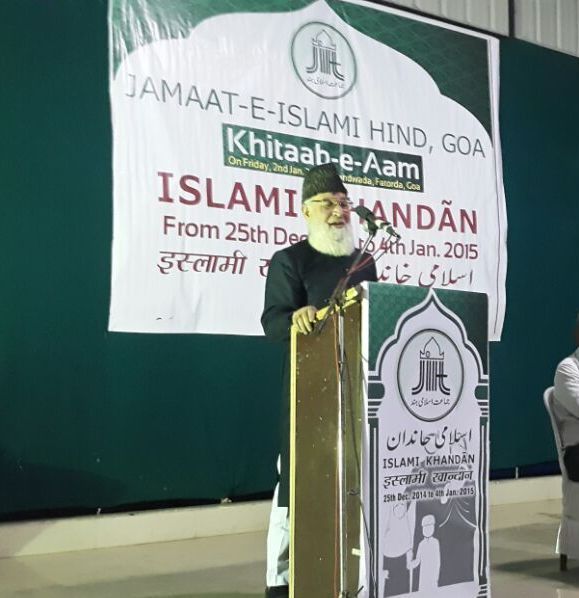