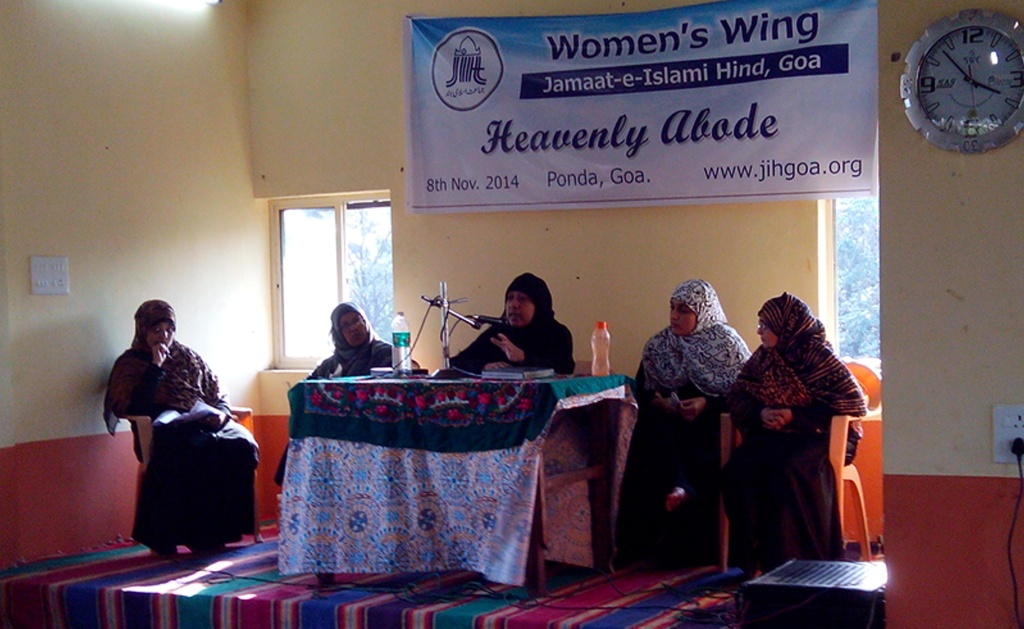 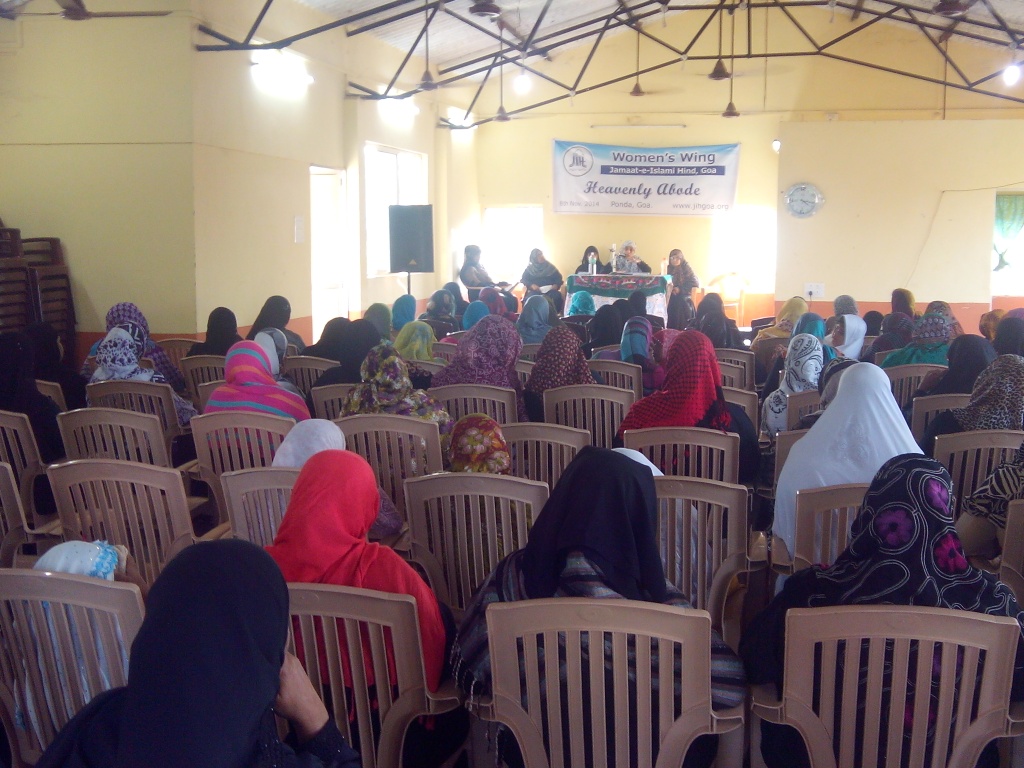 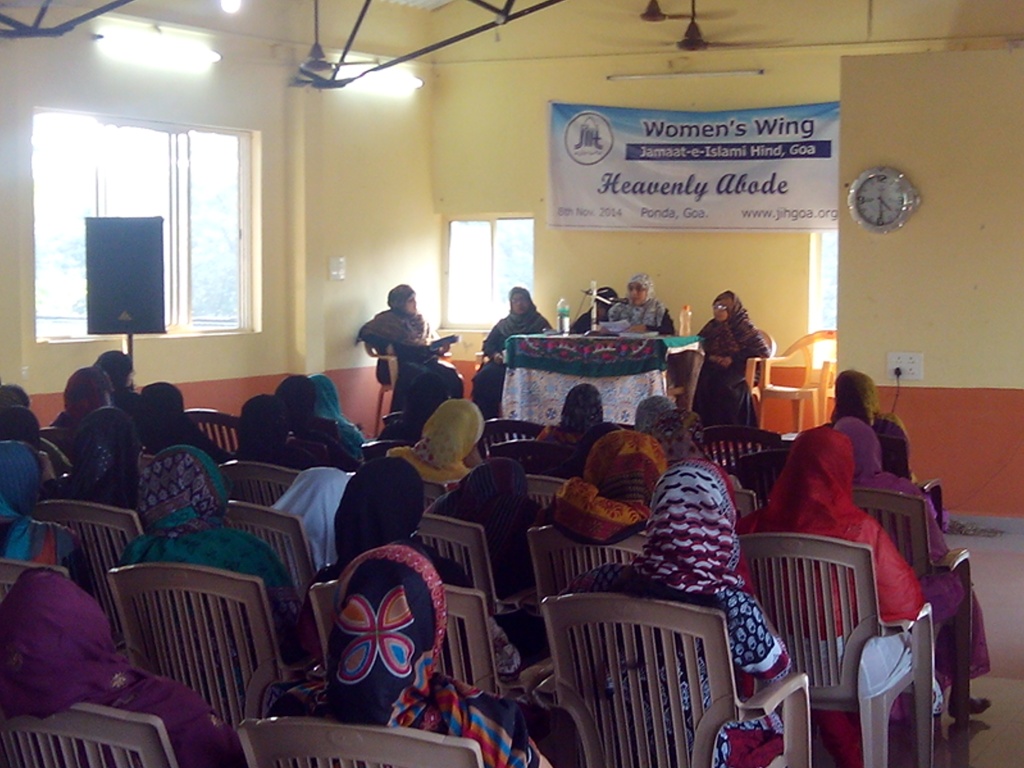 Women’s wing Mapusa unit of Jamaat-e-Islami Hind organised a program titled “Heavenly Abode” at Ponda recently.
Mrs Shahida Khan while briefing the press said that the program focuses on the concept of happy family and addresses issues that crop up in marital life. She said the current age has damaged family life and therefore it was necessary to counsel and educate the people of the issue. She said such programs were held across all the major cities of Goa.

Mrs. Farida Banu Baig recited the Holy Qur’an followed by a Hadith discourse which emphasized on the importance of marital life and a sound relationship between husband and wife .

Mrs. Shehnaz Shaikh in her inaugural address introducing Jamaat e Islami hind Goa and its activities . Describing few of the major events by Jamaat especially related to social issues of Goa like de-addiction and female feticide there by mentioning that “Heavenly Abode” is a part of the same series. She expressed the need of such a program among the Ummah considering the present scenario. She also congratulated all for their love & kind support extended towards women’s wing.

Mrs. Shaida Khan expressed her views on “Naye Rishte,Naye Masail”. She explained the delicacy and sensitive life of newly married couple. Mrs. Shaida Khan brought in light the possible causes of disturbance in newly engaged relations. She brought to light the current scenario of marriages and stated the reasons for increasing cases of Divorce in Goa. She said both the spouse along with their families need to adjust and co-operate with one another neglecting minor and irrelevant issues.

In her concluding speech Mrs. Shahin Khan stressed upon seeking the guidance from Qur’an and life of beloved Prophet Muhammad (PBUH) at every stage of life. The relation of being a “Momin” is above all. Cultivating Islamic values in the early stages of life is of utmost importance and only then one can adopt the right means for resolving the issues, she said. She dissuaded the disputing families to register complaints against each other because then the situation goes beyond repairs and usually ends in never ending rounds of court.She said,” Not only the rights and duties of spouses but other family laws also are laid in the Holy Qur’an. And as believers Allah and His prophet one needs to resort to the Quran and Sunnah of Prophet to solve all disputes. The program was appreciated by the audience and appealed to the organizers to conduct more such programs .