Jamaat e Islami Hind Women’s Wing Goa in association with Girls Islamic Organization (GIO) organized a two days ‘Tarbiyathi Programme’ beginning from the evening of 26th  December 2013 at Islamic Centre Goa(ICG),Mapusa. The camp was attended by 38 participants from all corners of GOA. Reporting and registration began at 5.30pm followed by Darse Quran by Mrs. Kaneez Fathima (Worker of Women’s Wing,Goa). She reflected from the surah Az-Zaariyat on verses 47 to 57. A major portion of this surah speaks on Akhirah which also includes the above mentioned verse. As mentioned in the verses, every creation of Allah has its pair so does this world i.e. the hereafter. After the tadzkeer a short welcome address was delivered by Ms. Shireen Qazi (Secretary, GIO). Further mutual Introduction and Group Formation was conducted by Mrs. Tamanna Sheikh (Worker of Women’s Wing Goa). ‘Guidelines for the Camp’ was explained by the Camp In charge, Mrs. Farnaz Banu. Later the participants were shown a documentary. After all these activities the day ended with Salat and dinner.

Day 1 of the Camp started with fajr Salah which was followed  with a short Quran – Discourse video by  Br. Nouman Ali Khan on few verses of surah Al-Imran, pondering on the characteristics of the people of Jannah. Session 2 started sharp at 9am. The theme of this entire session was “My Quran – why should it appeal to me?” by Moulana Abdul Mubin Asri(Member of JIH). He explicitly explained the Quran Literalism also known as ‘Ulumul Quran’. A brief introduction of the past and present age scholars of  tafseer was very informative.

After a short break for lunch and Salah, session 3 began with the theme “Hadith between Ignorant followers and incapable scholars”. Even this lecture was delivered by Moulana Abdul Mubin Asri. He explained the different sources of knowledge, literalism of hadith and various criteria to select authentic hadith.

This session was followed by an interesting topic “New Frontiers of Shaithan” by Jb. Firoz Khan (Member of JIH, Goa). He focused on points like understanding consumerism, reality shows, and gadgets as against dwindling character and corporate slavery. It was concluded by Mrs. Shaheen Khan (Member of Women’s Wing GOA). The day ended with a Quiz competition.

Day 2 started with the Fajr Salah and Quran Discourse Video by Br. Nouman Ali Khan on the topic “Today you can, Tomorrow you cannot ” in which points like Muslims having problem in following their own religion were brought to light. After the Fajr session we had a break. The second session began at 8.30am on the theme “It’s my Life” by Mr. Asif Hussain, (Member JIH Goa). A beautiful interactive session was carried out in which cadres participated actively. This included points like what is the freedom that we expect and is it good or bad? Why do teenagers indulging in various crimes such as smoking, drinking, intimate relationships, parties, pubs and much more. These are the things which the today’s world calls “freedom”. He also highlighted about the interference of our parents in our life which we feel very bad about  and in contrast we feel our friends advices more reliable and applicable and behave according to that, unaware of the fact that even they are of the same age. He also showed the video clips which was related to this topic.  After that we had a PPT on the topic E-learning which was presented by Mrs. Farnaz Banu (Worker of Women’s Wing Goa). She explained about the Net Information, its advantages and dangers and also about e-dawah and effective use of social networking. Later there was a break for zuhr Salah and lunch. The third session started at 2.30pm with the theme “Lets rush towards Allah” by Mrs. Amatur Razzak (Shoora member CAC-JIH from Bangalore). Every-one appreciated the novel way she formed the groups and gave a copy of slides to each of the groups which included topics like Information Technology a gift and a useful weapon, Wrestling the Satan- a liar, a deceiver etc. Each group was assigned to elaborate on the slides within a short period of time and then present them. Each group had a member from the Women’s Wing to help the groups. This was a very informative session and very easy to understand the concept of “Rush towards Allah”. The session was concluded by Mrs. Amatur Razzak followed by the vote of thanks by Camp Incharge, Mrs. Farnaz Banu with dua at the end. 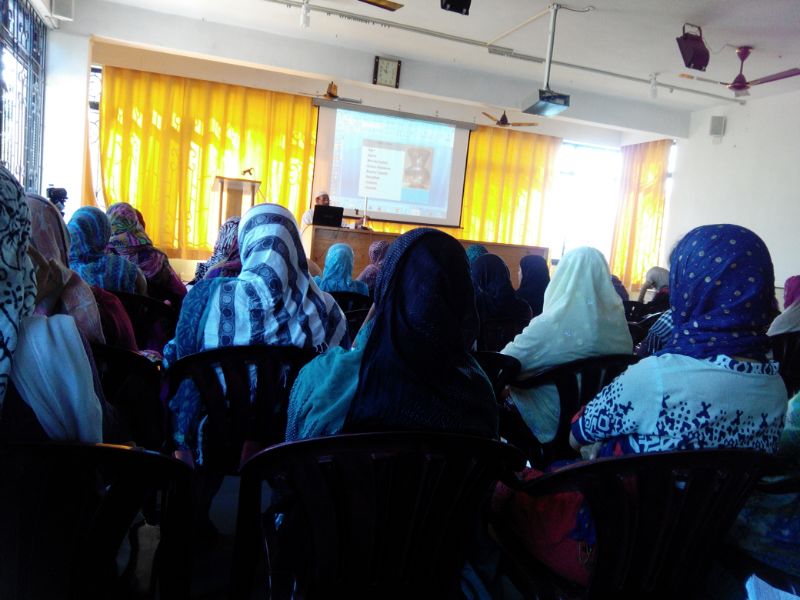 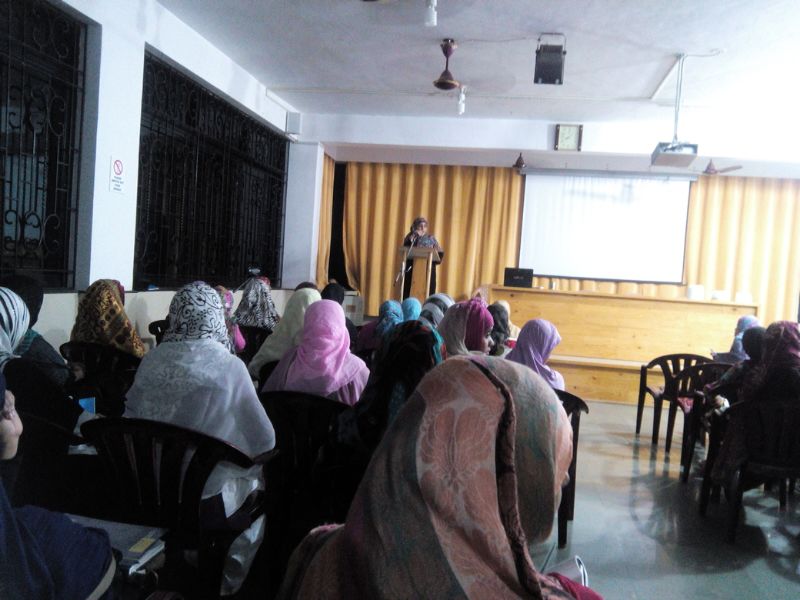 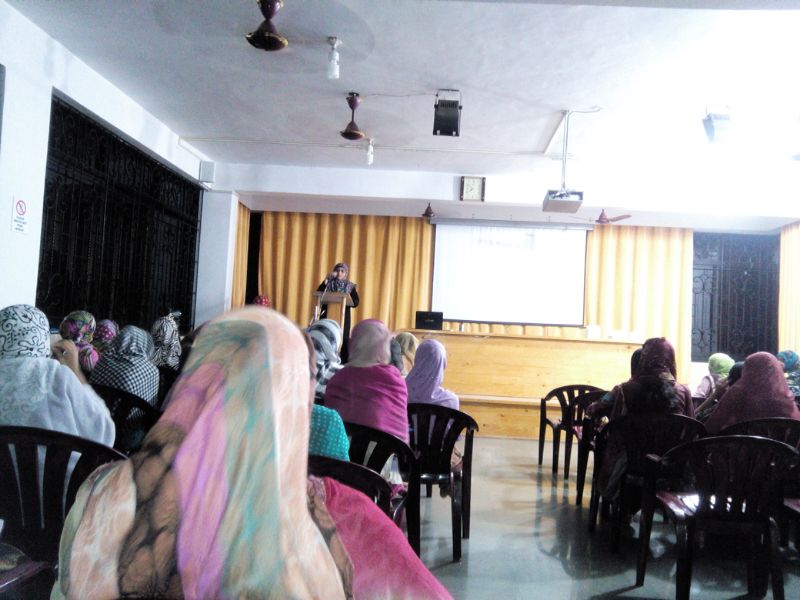