The programme on women solidarity organized by women’s wing Jamat-e-Islami hind was held on 3rd November 2013 from 3:00 pm onwards. The guest speaker for the day was Mrs.Amatur Razzak Sahiba (Shoora member CAC-JIH) from Bangalore. The programme started with Tazkeer bil Quran by Mrs.Meenaz Banu (Worker JIH), in which she explained about the importance of unity among muslims and how to get united by adhering to Quran and sunnah. After which the respected dignitaries were honored to the dice; followed by the inaugural speech by Mrs.Tabassum (Nazima WW JIH. Margao). A PPT was shown on the topic “Women Solidarity” by Mrs.Gulzar Parveen (Worker JIH). She focused on the lives of our virtuous women who bravely took part in every field like wars, political field, social field etc. it was a very encouraging moment to know our pious women having been so brave and courageous. Then was an open house session in which questions of the audience were answered by our guest speaker. The programme ended up with the concluding address by Mrs.Amatur Razzak Sahiba in which she pointed out on few very important points like; we muslims nowadays have forgotten the teachings of our beloved Prophet (pbuh) and have segregated ourselves into groups. We are one ummah belonging to Prophet Muhammad (saw) and groups are made in order to make it easy for ourselves the work of preaching Allah’s message but our thoughts, our vision should be the same. No matter what group, which organization do we belong to, but we as muslims should be one. After such inspiring words by our guest speaker, it was time to end the programme by dua.

May Allah reward us the best for our efforts… Aameen!!!! 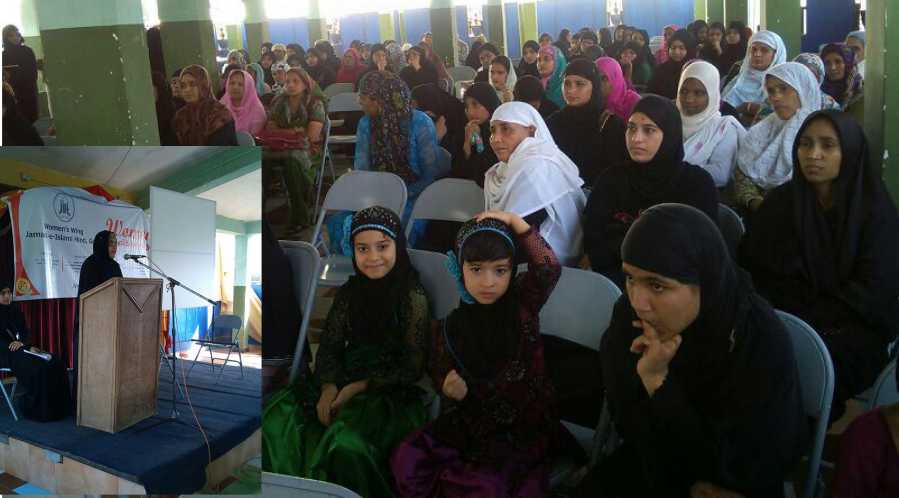