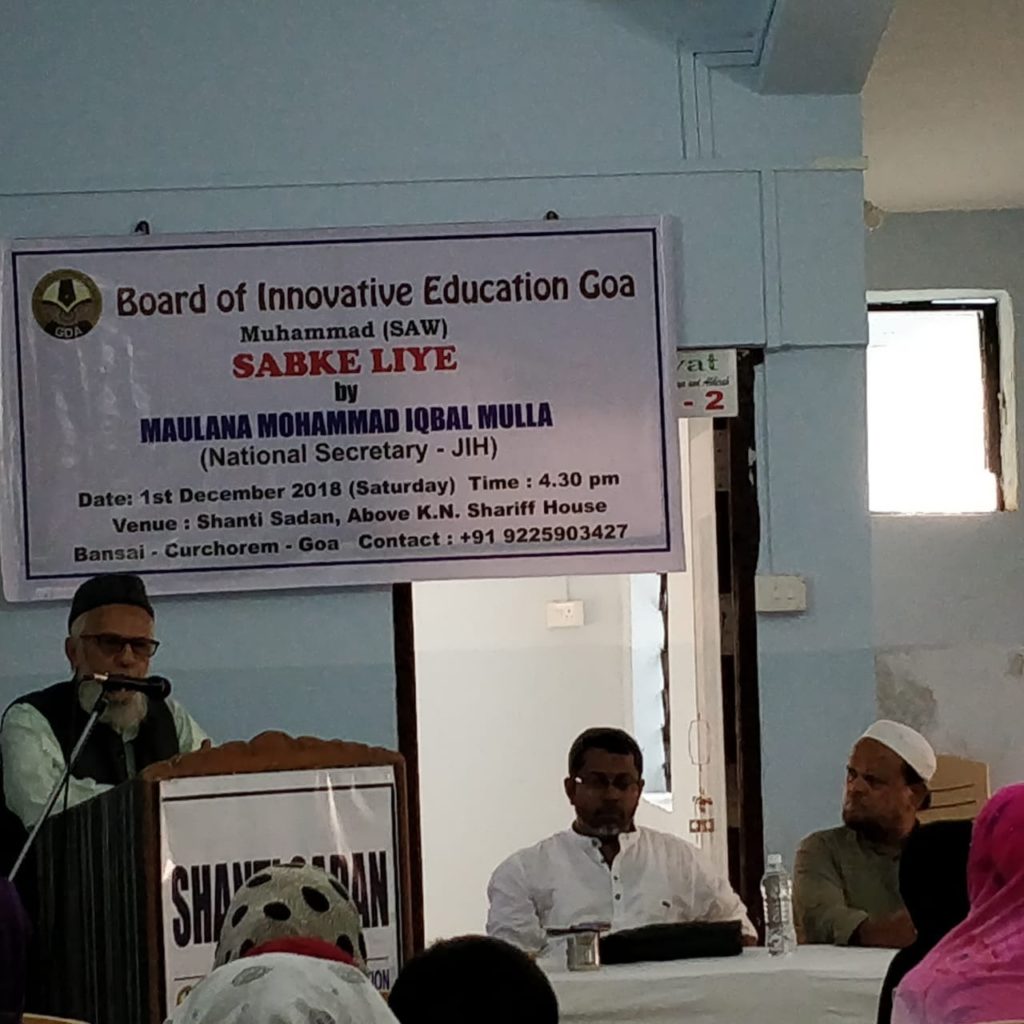 “The teachings of Prophet Muhammad (saw) is not the monopoly of Muslims”,said the national secretary of jamaat e Islami Hind Maulana Muhammad Iqbal Mulla at the program Muhammad(saw) Sabke liye held at Shanti Sadan-Bansai, Curchorem.
He said just as all mankind benefit from the sun, air and water similarly the teachings of Paigambar Muhammad(saw) are for the entire mankind. Muslim’s are the trustees of his message and need to discharge the responsibility by educating people about his life,teachings and achievements. He said Muslim’s will have to first read about his life and then apply his teachings in all aspects of their lives and simultaneously enlighten the people with his practical solutions to the problems faced by the society.
He emphasized the prophets guidance not to attribute divinity to any object or being other than
God Himself. He said it is the right of God that we worship Him alone and none other and fulfill our obligations towards fellow humans. He said not only is Muhammad (saw) Sabke liye but even the the Quran and Islam are for all.
Rubina Shaikh began the program with the recitation of the Holy Quran and Asif Hussain State Secretary Jamaat e Islami hind Goa introduced the Maulana and later announced the upcoming 1st anniversary event of the Taare Zameen Par Children’s Magazine to be held on 25th Dec 2018.