Latest
You are at:Home»WINGS»SIO»SIO ORGANISES ALL GOA SUMMER CAMP 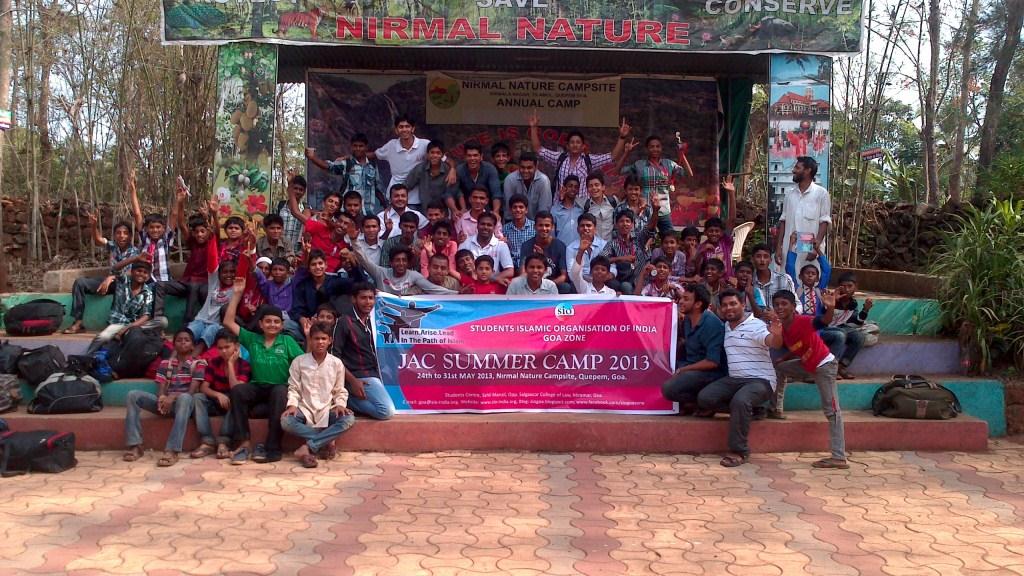 The best thing about spring season is that children’s develop the best counting skills, not because of the approaching time of exams but due to the practice of counting the count down before summer break. Children view summer as a time of carefree play, little responsibility and no learning, just “ENJOY”. This is the time which if used fruitfully helps in developing a child and moulding them towards the right path. As the children’s are busy during the entire academic year with their studies, they hardly get any time to study or to learn about Islam and its concepts.

Students Islamic Organisation of India (SIO) took this opportunity to provide a platform for students to motivate, encourage and enroll them for constructive development of their personality on Islamic principles. With this objective SIO of India Goa Zone organised a week long summer camp on the theme “Learn.Arise.Lead – In the path of Islam”.

The Camp was attended by 38 students in the age group of 11-14yrs, while 30 students attended in the age group of 15 and above who came from all across the Goa. During the entire week students experienced an Islamic atmosphere where they used their time in learning and acquiring knowledge of Islamic beliefs and practices. The Students were enlightened about the Muslim history and the Muslim contribution towards the development of humanity by our experienced speakers.

In one of the speeches on the topic “Why Understand Quran?” Br Sohel Naik explained the students that “Qur’an has to be read again and again and again with understanding so that we are able to receive guidance and cure from it in our daily lives. We should approach the Qur’an with the attitude that it is revealed for me, for my guidance, for solution to my problems”. While Janab Ateeq-ur-Rahman conducted an open session on “Friendship”, where he emphasized “the importance of having good friends”.

Documentaries, PPT presentations were a part of the camp. The students enjoyed each moment of their stay at the camp. The attraction of the camp was the cultural night were students participated in drama and displayed their acting skills. The last day of the camp included a special programme for the parents of the camp attendees where they were explained about SIO and its work across the country. This was followed by prize distribution ceremony where students were awarded prizes in the various competitions held.

A camp site plays a major role in the success of a camp and Nirmal Nature Campsite located at Tilamol, Quepem – Goa proved the best place for the camp. The campsite gave everyone a homely experience. The campsite included a wide range of attractions with a series of adventurous activities like monkey bridge crossing, wall and rock climbing, tire crawl, rope climbing, Tarzan swing, stilt walk, Commando Bridge among others. 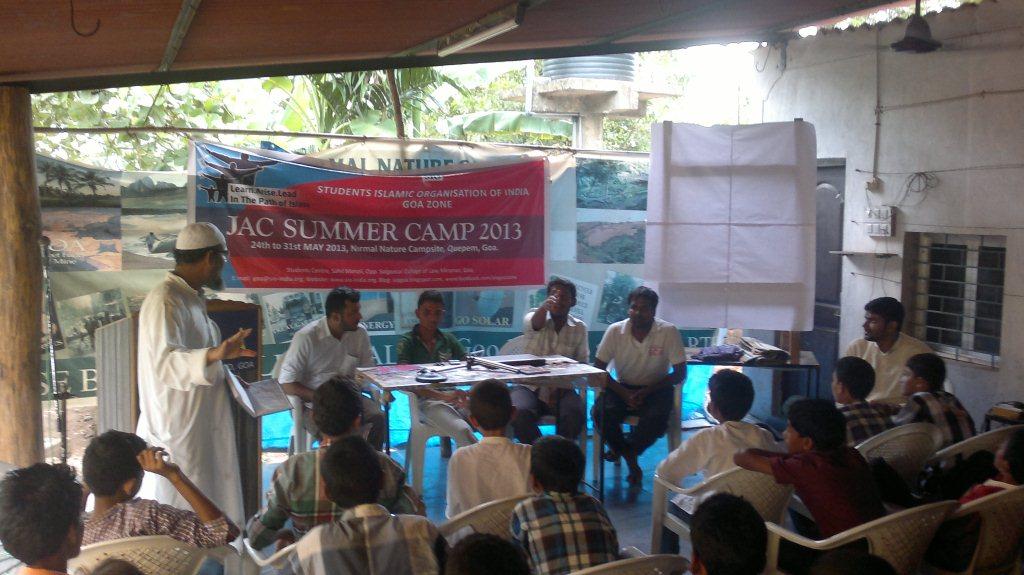 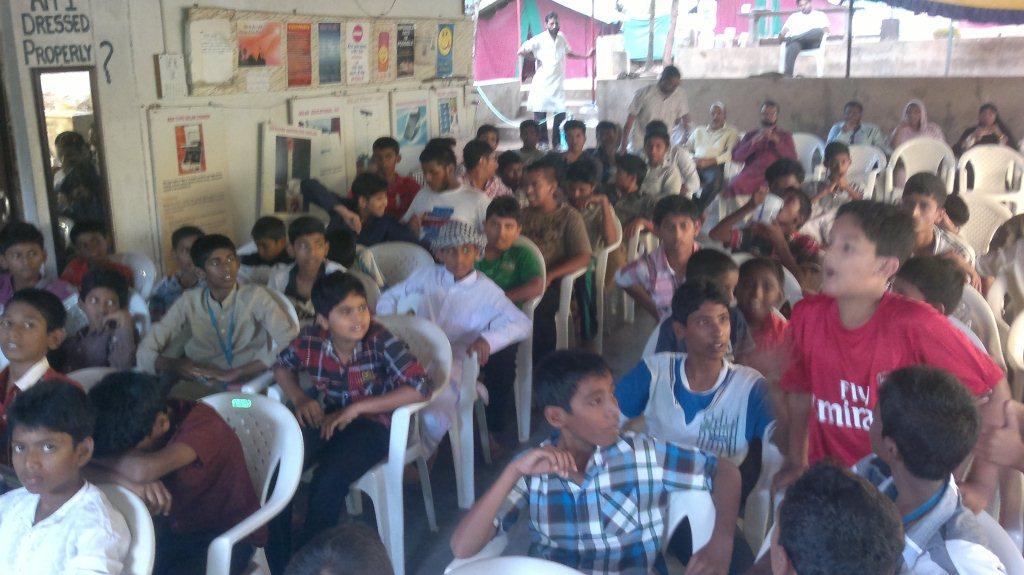 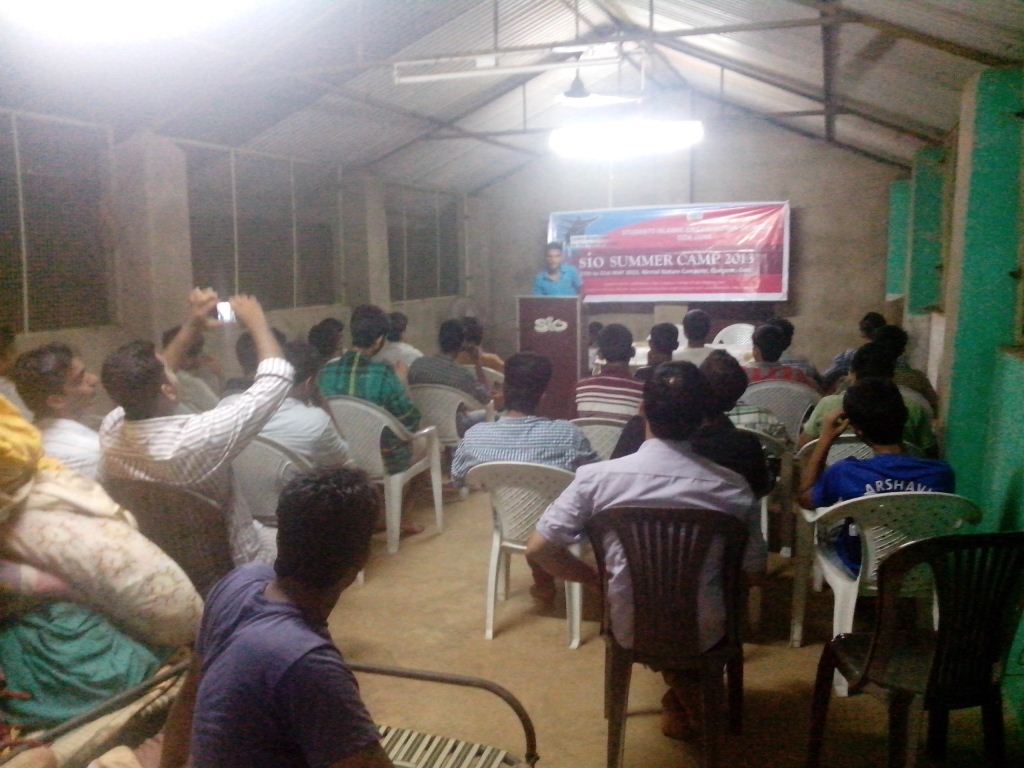 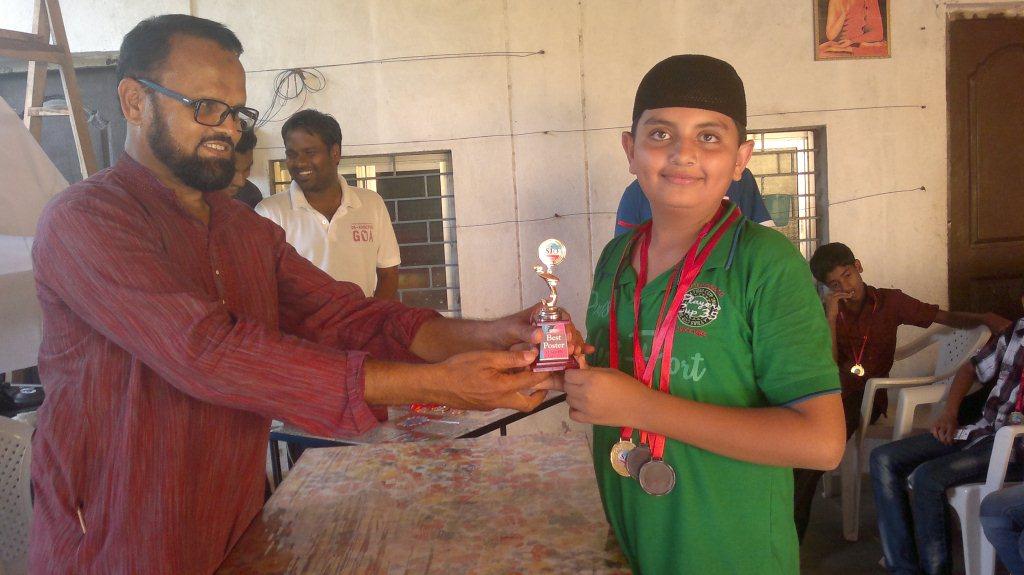 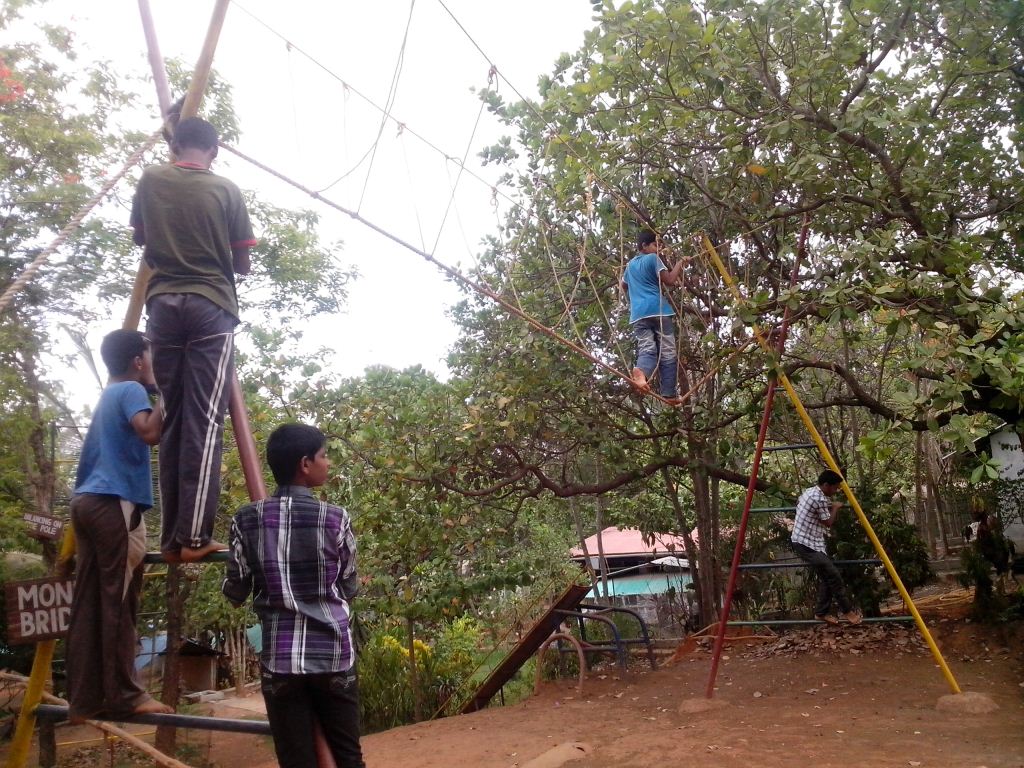 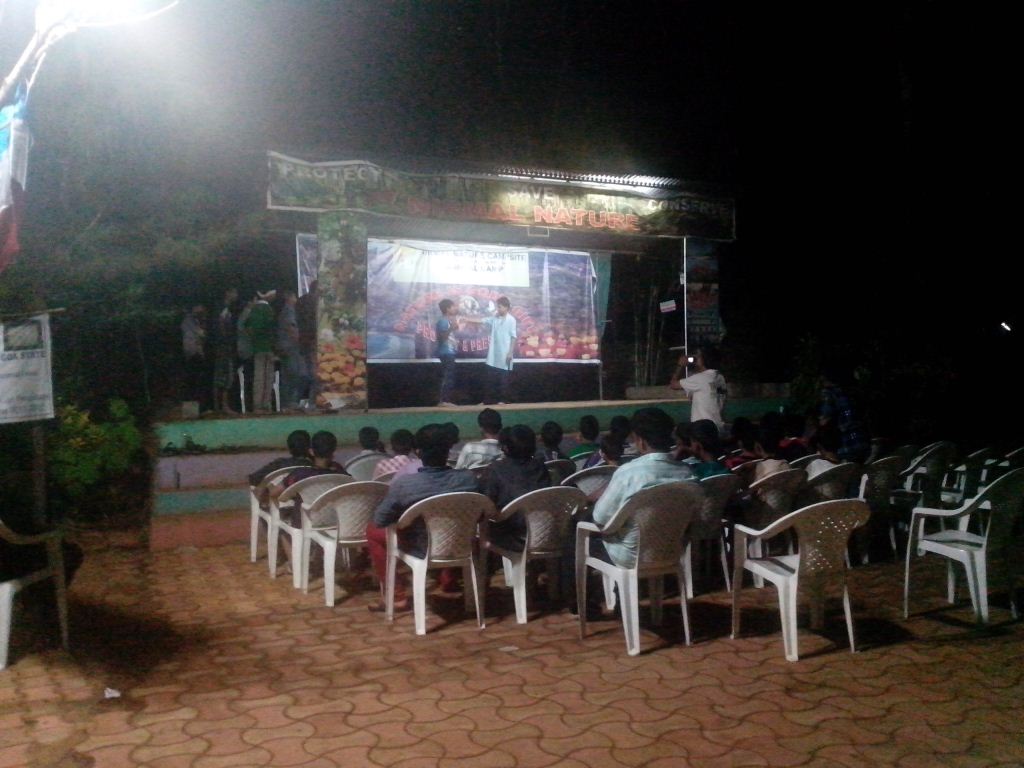 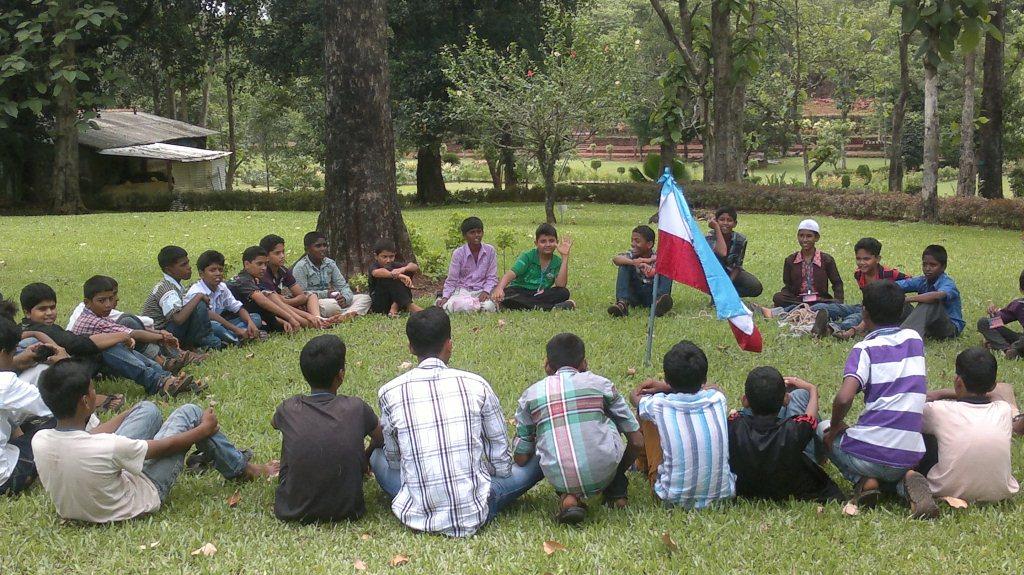