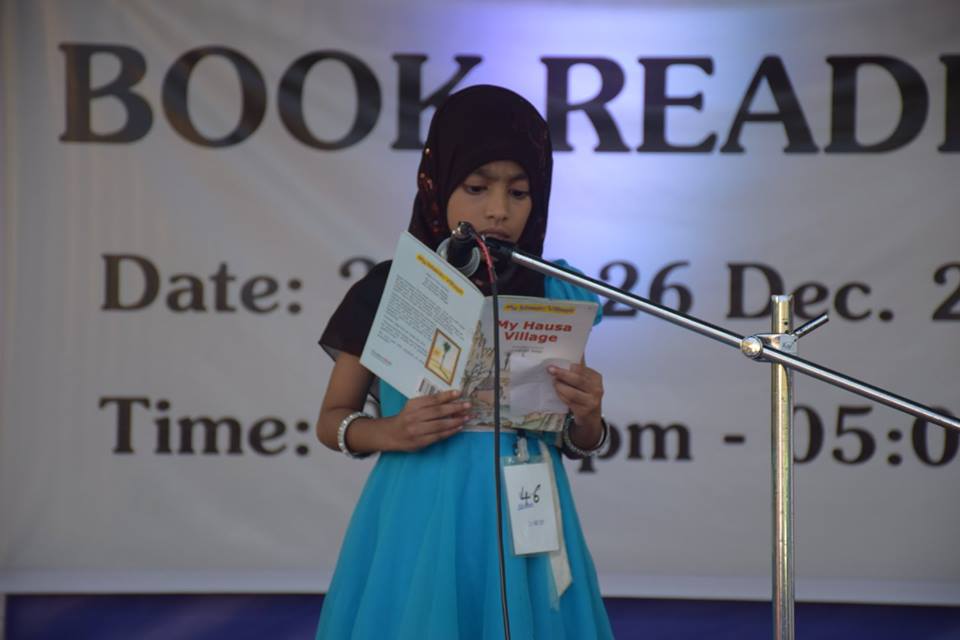 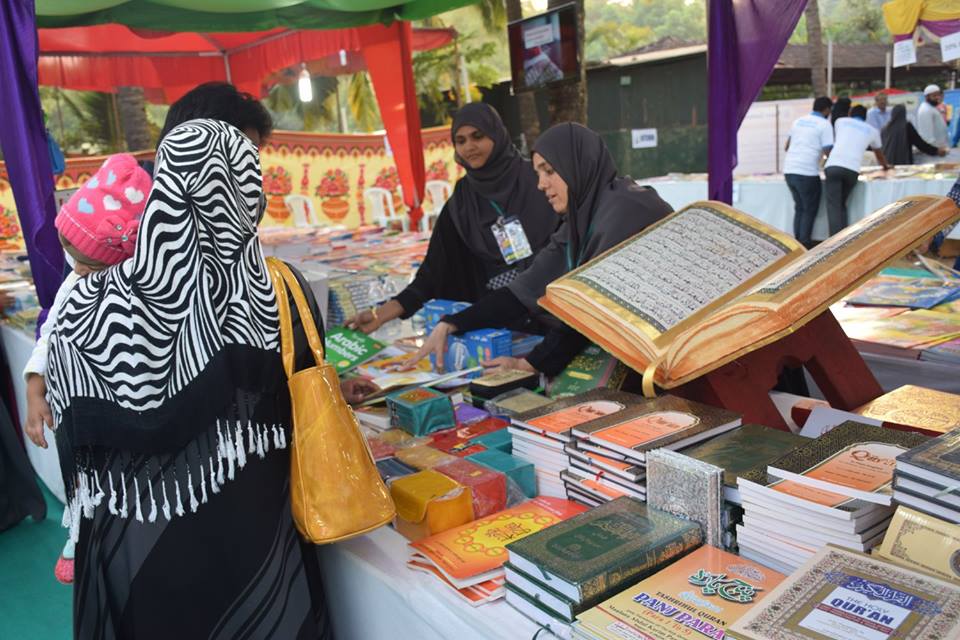 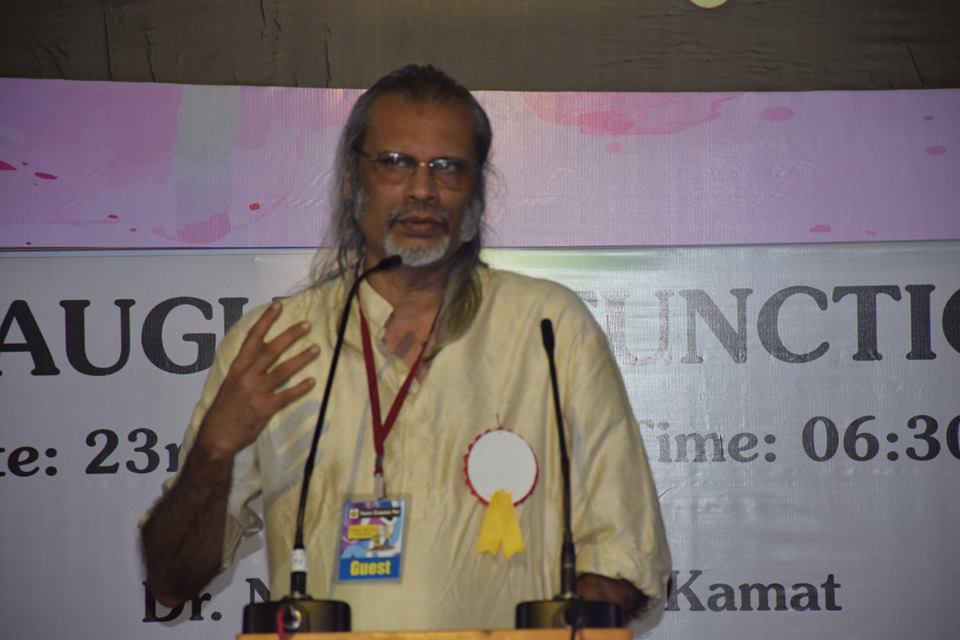 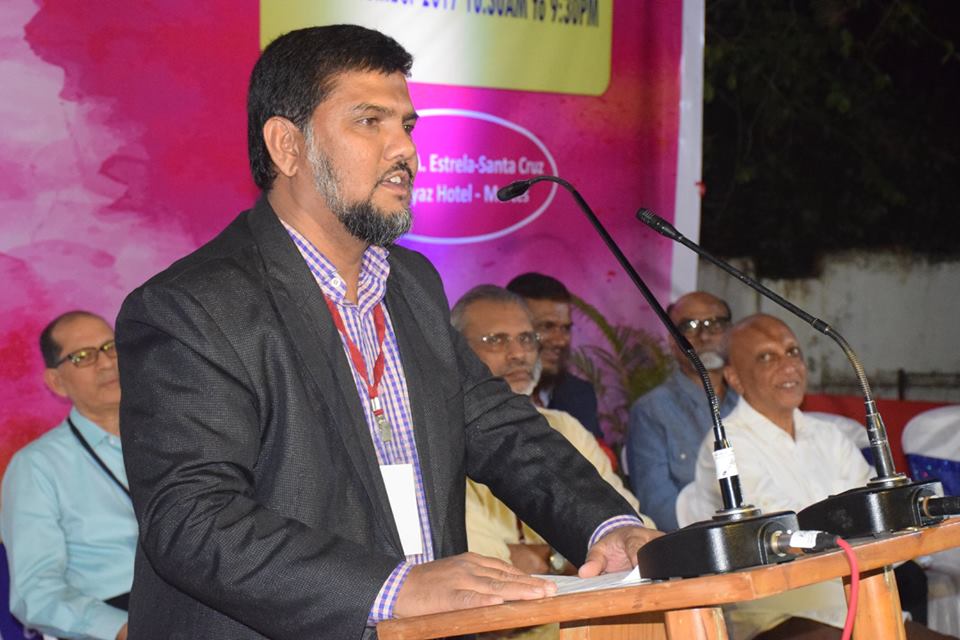 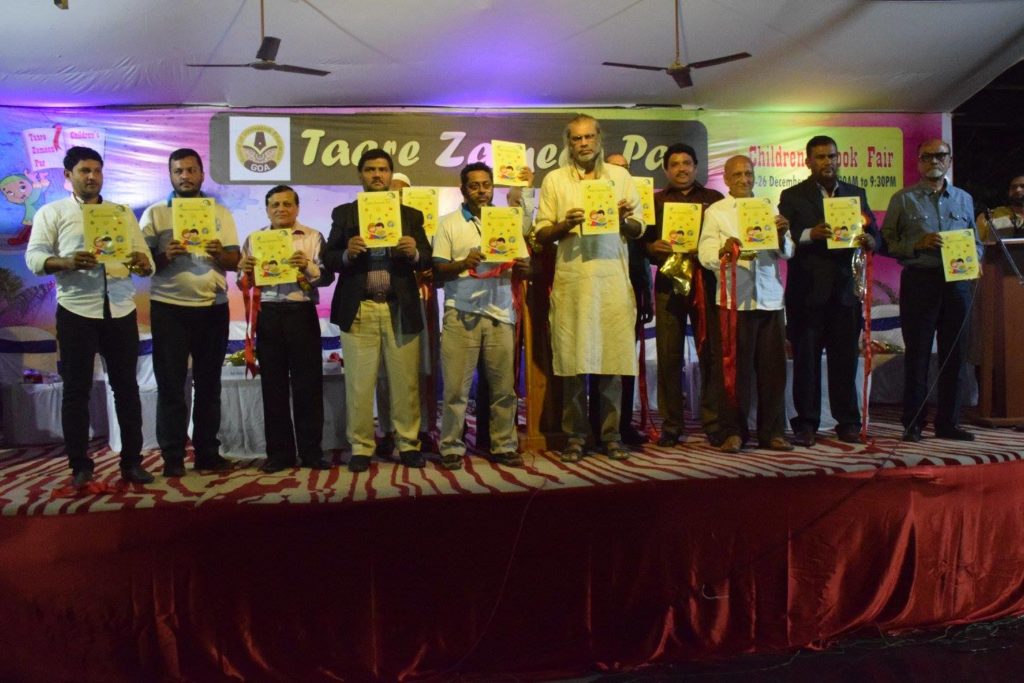 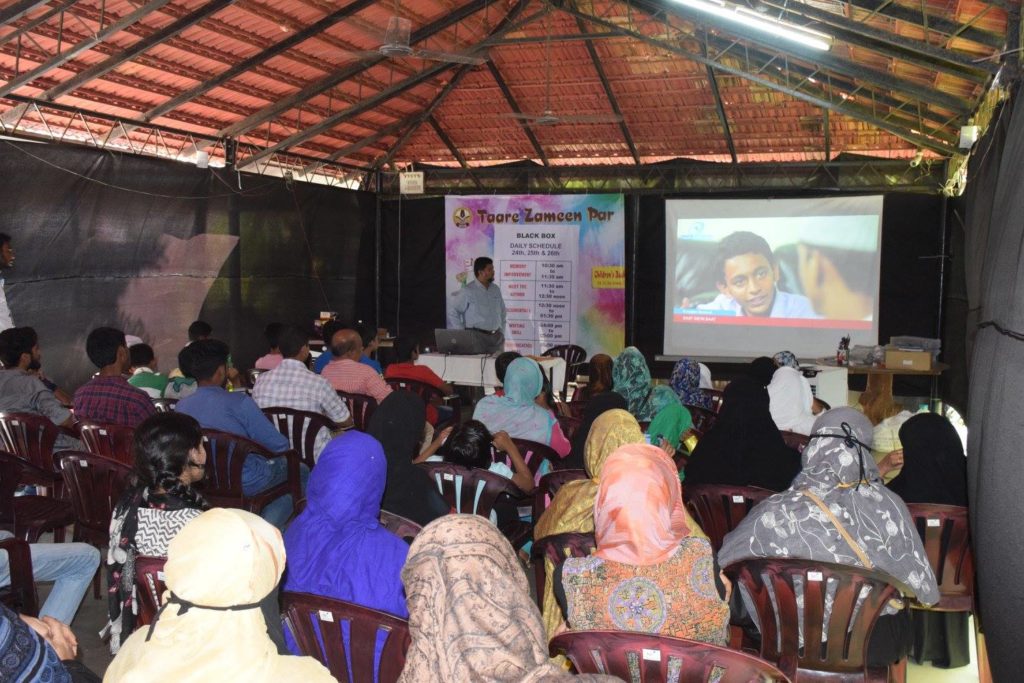 PANAJI: Academicians and scholars hailed ‘Taare Zameen Par’ (TZP), children’s book fair as a historic event and a step towards the knowledge revolution of children. The praises come in the backdrop of the event being organized in a place known for sun, sand and beaches, Goa.
Board of Innovative Education (BIE), Goa organized the four days book fair from 23rd to 26th December 2017 at A Estrela in Santa Cruz near Goa’s capital, Panaji.
Inaugurating the event, Dr Nanadakumar Kamat, Professor of Botany at the Goa University said “TZP is a platform for the beginning of enlightenment. BIE has created history by organizing the event because in the entire 1300 years of Muslims in Goa, even after the liberation of Goa, I have not seen such an event for the enlightenment of the whole community. If you have the power of knowledge with you then no one can defeat you.”
He further said that Islam and Muslims have contributed to the Indian civilization and there are evidences of Islam’s contribution to Goa and the all of western India.
Speaking about the times of the early Islamic civilization, Kamat said “All of them were passionate about knowledge and they pursued knowledge. They went to every possible corner of the world to gain knowledge and that is what built the Islamic civilization. A civilization that was created by beneficent Muslim deeds and that is what has brought India to today’s level of understanding.”
He further opined that the contributions of Islam and Muslims to Goa and the Konkan region is well documented. “If we look back into history we can see the contribution of Islam to Goa and entire western India and western state and the whole of Konkan. Have the evidence. Whereas we only waste our time discussing wars and it is not the way to educate our children”, Kamat added.
Stating that India is not a composition of just a particular religious culture but a mosaic of hundreds and thousands of strands, he said “This country belongs to all of us and does not belong to any specific religious denomination and only on the basis of talent Muslims can take the leadership of the country.”
Renowned scientist Dr Jaweed Mukarram emphasized that the Muslims need to ponder upon their role and fulfill their responsibility towards the world.
He was delivering the Presidential Address at the closing ceremony of the four days event.
Dr Mukarram said “We’ve forgotten our basic role. More than 90 percent of the Muslim countries are in rubbles. The world is on the verge of third world war and you need to realize your role and responsibility towards the world.”
Stating that Prophet Muhammad was sent with the message of knowledge, he said “For almost 1200 years Muslims ruled the world through their supremacy of knowledge.”
Citing the example of Issac Newton and his law of gravity, Dr Mukarram said that it was not the first time that Newton had seen something falling or experienced something dropping to the ground. a
“That day Allah wanted to open a new chapter of knowledge. Newton did not stop at that point and give-up on the reason for the apple falling down. He pondered”, the scientist added.
Addressing the women during his Presidential Address, Dr Mukarram said “The role you can play, the men cannot play that role. Only you can teach things which will make them exemplary Muslims.”
Quoting the words of Zanab-al-Gazali, he further said that the women need to become like Fatima Batul, the daughter of Prophet Muhammad, so that a child like Hussain plays in their laps.
Dr Mukarram reiterated that the need to infuse the children with love for humanity. “We are the Ummah of the Prophet who has been addressed in the Quran as the benefactor of humanity. Teach our children to love humanity”, he stated.
Earlier, presiding over the Inugural Ceremony of the event, Dr Mohammad Khalid Mubashir uz Zafar, Head of Department of Translations, Maulana Azad National Urdu University informed that in the developed countries the percentage of youth involved in reading is more than the elderly.
He said “In India even amongst the literate youth, only 25 percent read books compared to 88 percent in America. And it is not that our youth don’t want to read but the tools used to read today have changed and they are unaware of them.”
Drawing attention to the inspiration Quran delivers to the seekers of knowledge, he said “Even 1400 years ago the Quran addressed human intellect very differently, the first verse didn’t address Namaaz or Roza. But it addressed the challenge of intellect. Quran had invited critical thinking more than 1400 years ago. Prophet Muhammad (peace be upon him) introduced the system of teaching and learning and unfortunately we have portrayed him as the one who taught war.”
Chairman of BIE Abdul Waheed Khan in his address said “The event is an attempt to lay the foundation for academic excellence amongst the Muslims as well as impress upon the importance of knowledge for the reconstruction of the community.”
He further said that through the event BIE wishes to promote reading culture amongst children and stress upon the need of home libraries.
Secretary of BIE, Mohammad Anis called upon the Muslims to shed the differences and unite in uplifting the community. “Leave aside the differences and unite towards the upliftment of humanity”, he stated.
Anis further said that cooperation is necessary in creating a community that will lead. He said “The day will not be far when good citizens strengthened with right knowledge will lead the society.”
Stating that a giving hand is better than the one seeking, he said “Become an asset to the society which will make an impact by which our absence will a depression.”

The Event
This year’s event is the second edition BIE’s flagship children’s event which was organized from 23rd to 26th December. The event focussed on an exclusive children’s book fair.
During the pre-event programs, the volunteers of BIE involved themselves in extensive publicity campaign that involved campus lectures, corner meets, meeting with the who’s who of the community in Goa and also reaching out individual household through its door-to-door campaign apart from special addresses and khutba during Juma.
During the event, more than 1100 children participated in various competitions including an Inter School Quiz Competition, the preliminary rounds for which had already been held during the pre-event activities. A poetry recitation competition with the theme ‘knowledge’ for children between the age group of 11-14 years.
Apart from competitions, the event hosted other activities that included an art gallery, model library, cultural stalls, photo booths, black box which will screen children’s movies, mascots of Zain and Zara, an area specifically dedicated for to meet and interact with writers and authors.

More Than 1100 Children Compete
Hundreds of students accompanied by their parents participated in the four days children’s book fair, ‘Taare Zameen Par’.
During the four days 8 different on stage competitions were held everyday apart from spot competitions.
The attraction of day one was the All Goa Inter-School Quiz Competition. Al-Huda International Islamic School from Margao won the Inter-School Quiz competition in which 8 schools participated in the final round. A preliminary round of the competition was organized during the pre-event activities. Crescent English High School from Margao bagged the 1st runners-up trophy while Anjuman High School from Panaji won the 2nd runner-up trophy.
Spelling Bee competition attracted the highest number of participants with more than 350 children participating in the competition over three days. Memory Test competition followed with nearly 200 participants and followed by Mental Mathematics with about 185 participants.
The attraction for day two in the competition arena was drawing competition in which more than 100 children participated. However, day three got children excited about the Treasure Hunt which was full of challenges and clues to the direction of the treasure. In the end it was a worth the effort achievement for the winners.
Other competitions included Story Telling, Book Reading, Poetry Recitation and Comprehension and Narration.
A monthly children’s magazine, ‘Taare Zameen Par’ was launched at the inaugural function attended by the who’s who of the Muslim community from Goa. And a souvenir of the event was released during the concluding ceremony.