Latest
You are at:Home»Regions»Margao»‘WOMEN’S DAY’ PROGRAMME HELD IN MARGAO 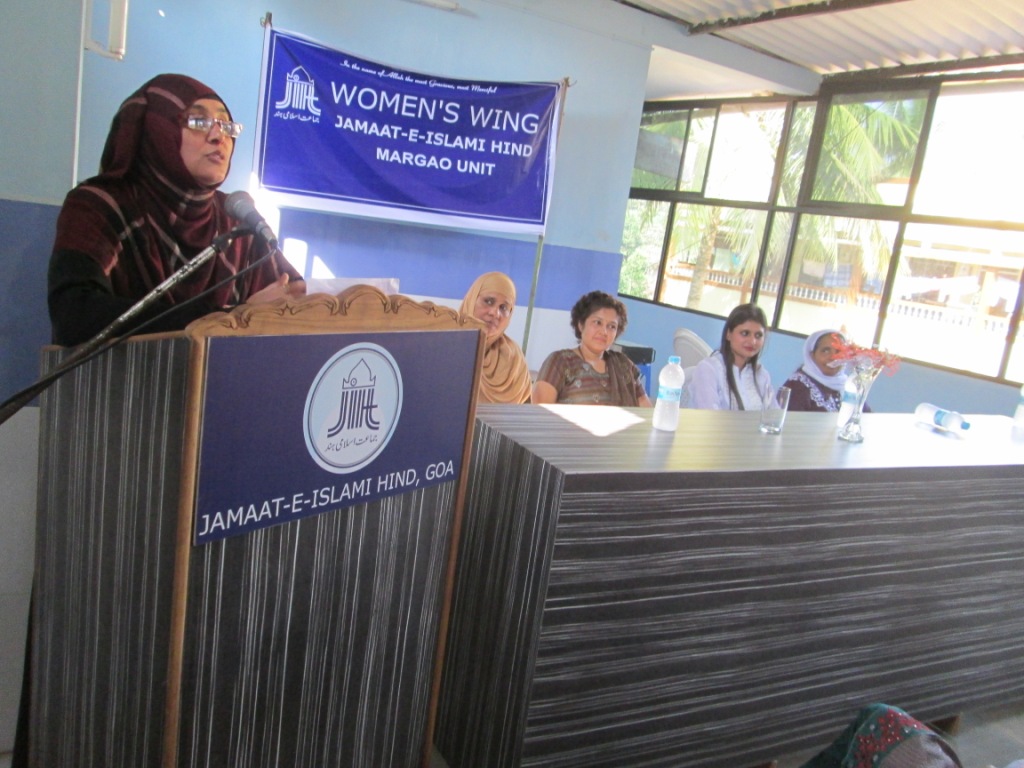 Mrs.Tabassum Sathar, (president , Women’s wing Margao) in her inaugural address said that women undergo sacrifices in all her stages of life , be it as a daughter, a wife or a mother. Giving her honour just one day in a year is not enough, even if we honour her throughout the year it is not sufficient. 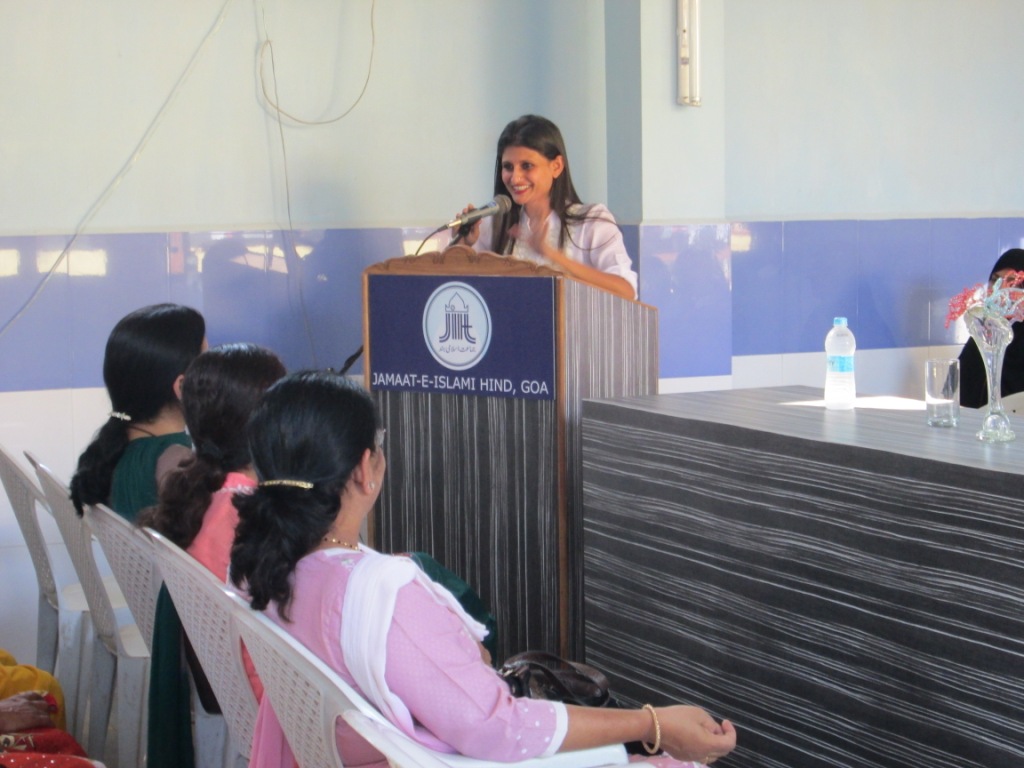 Adv Pratima Coutinho (Vice-Chairperson, Margao Muncipal Council)  presented her views on women’s issues. She said that education should made compulsory for a girl child.

Mrs.Saira banu spoke on the status and rights of women in Islam. She said that  men and women have equal  rights in islam. 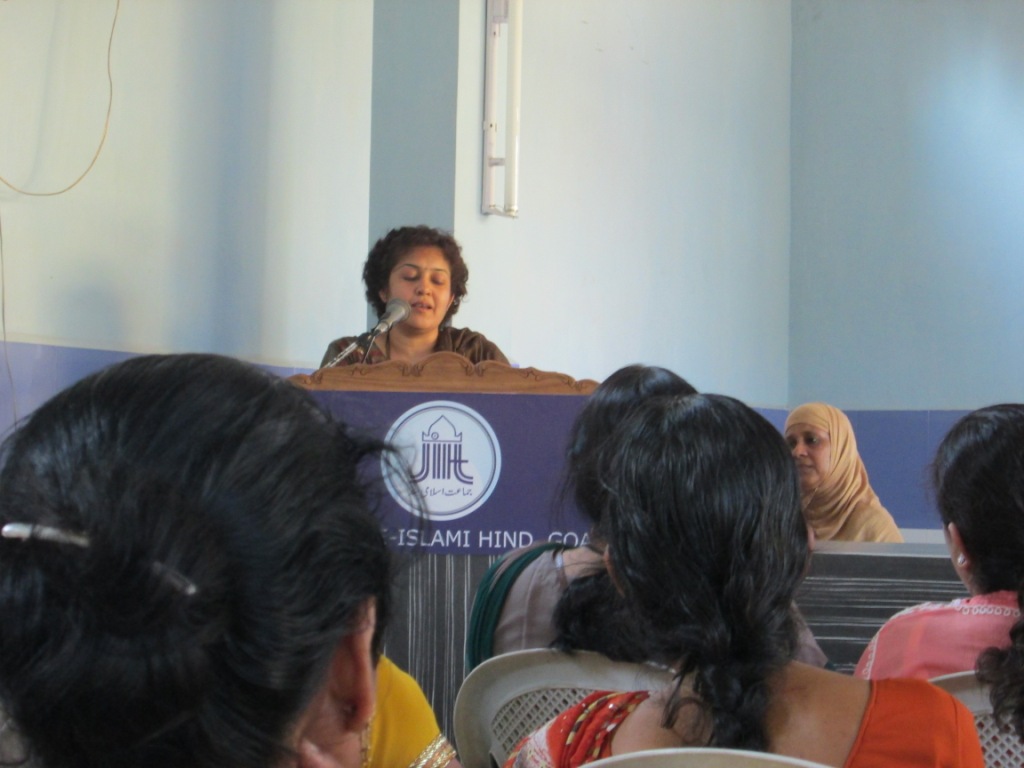 Mrs.Nanda Kare, member of Mahila Mandal and Mrs Zarina shah,Ex-councillor also shared their views. The members of women’s wing Jamat-e-islami hind and mahila mandal were present with other localites of sirvodem. A Skit on female foeticide was also presented. 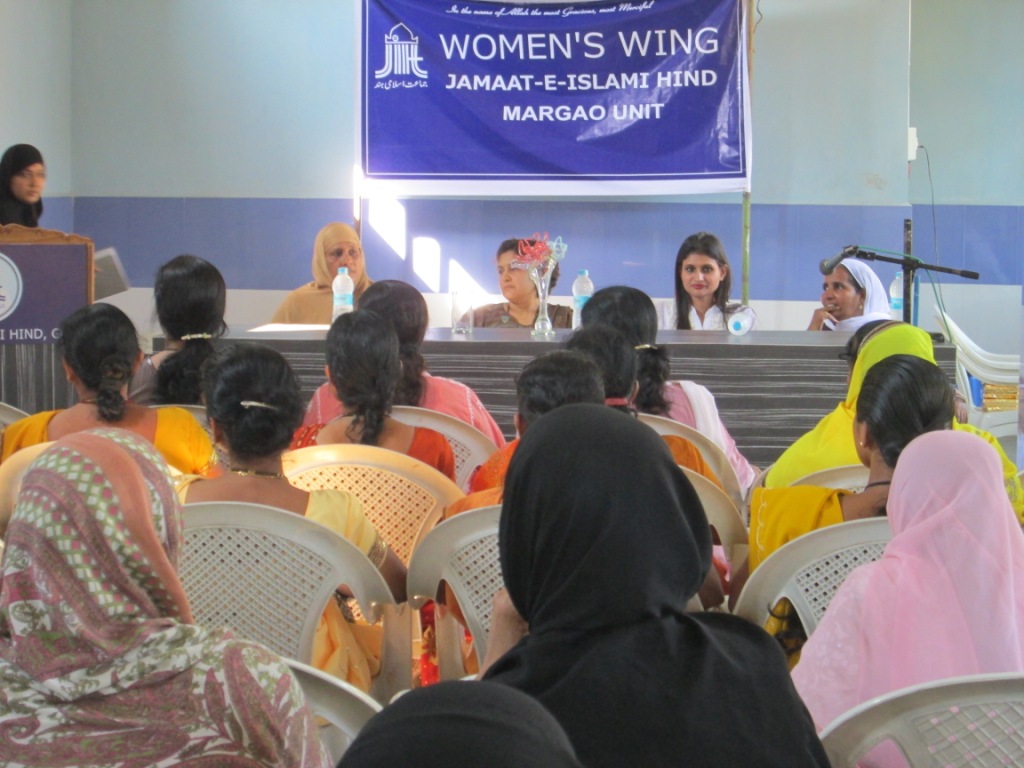 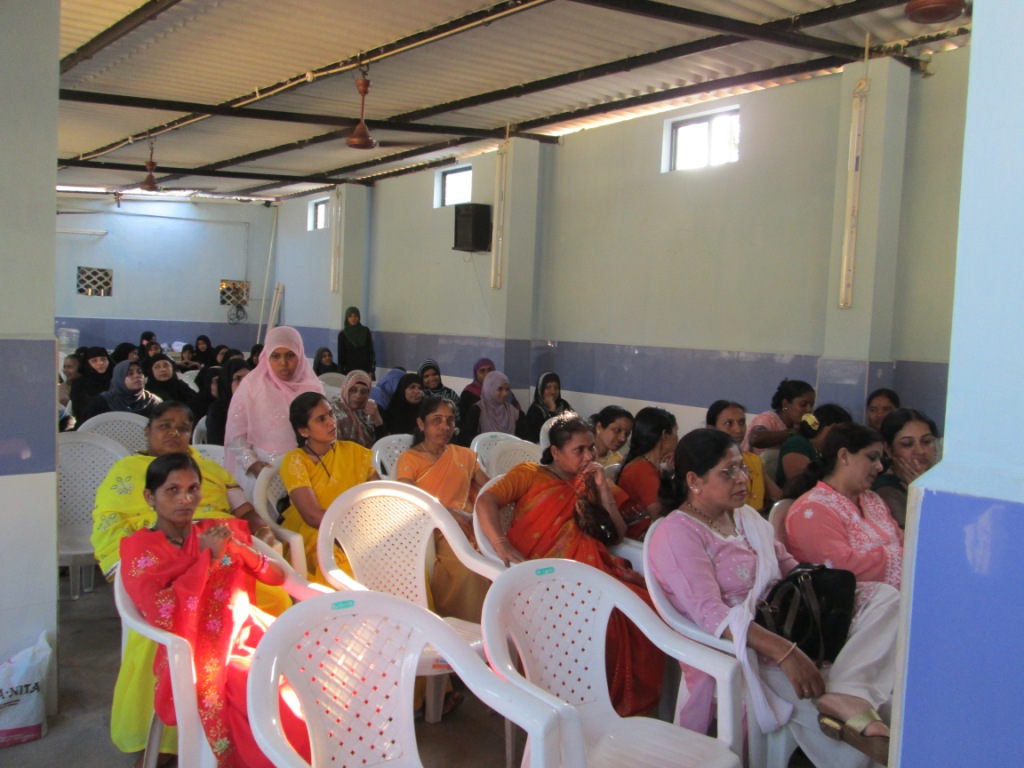