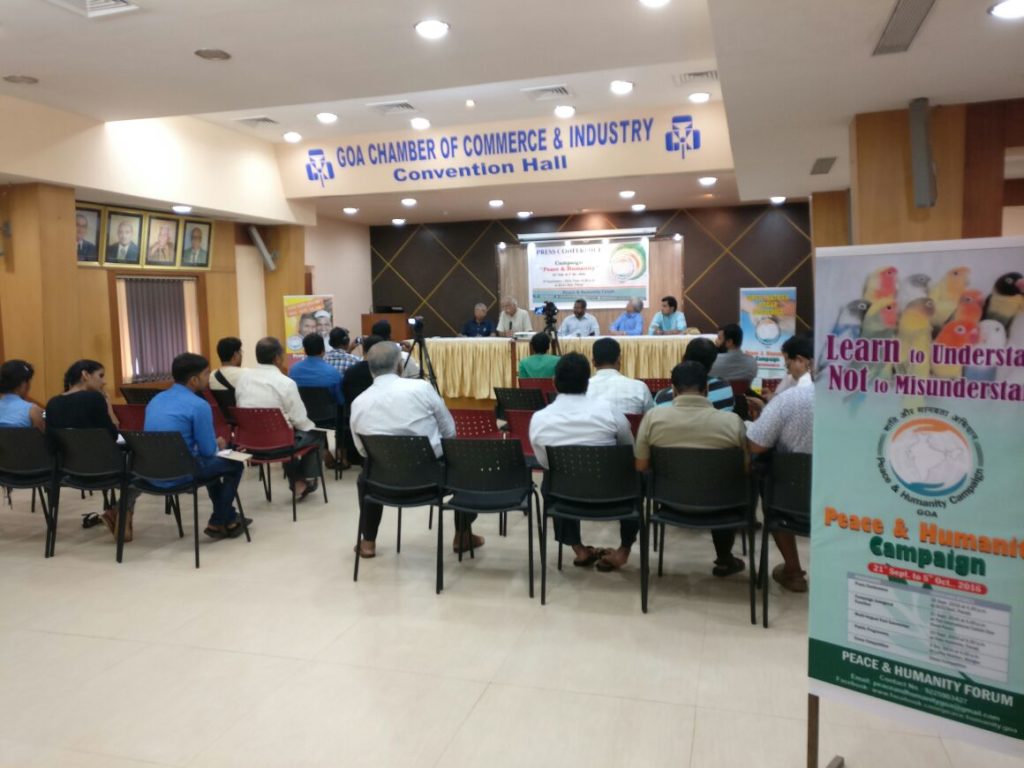 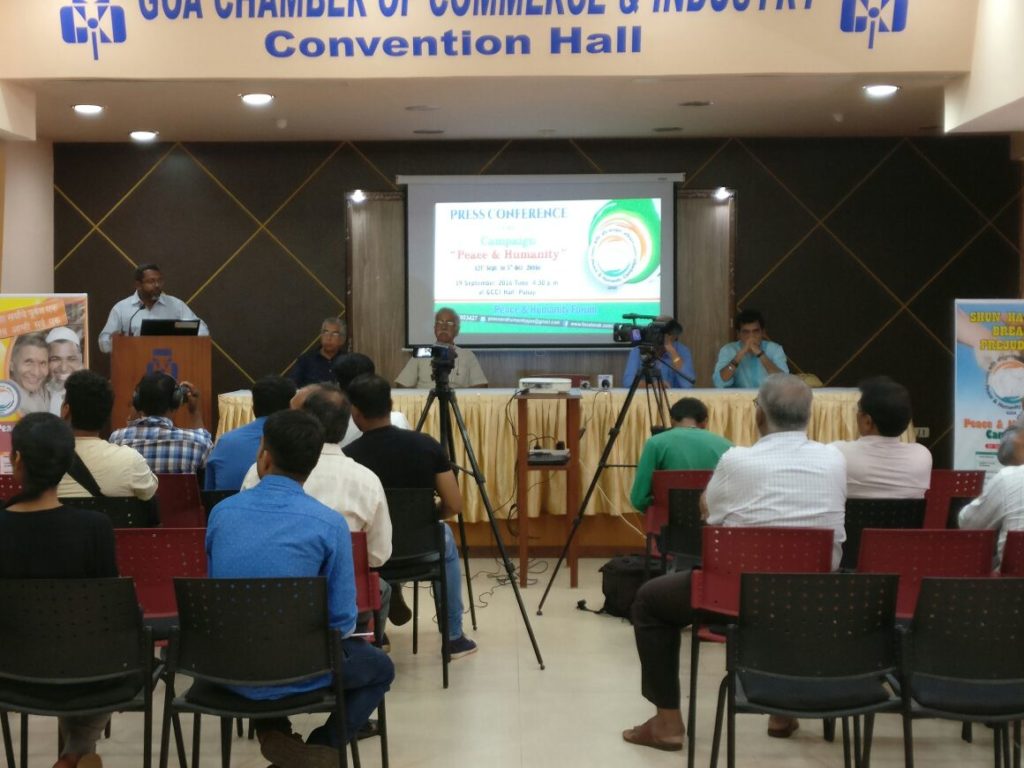 Addressing the media, Convenor of the forum Asif Hussain condemning the attempts of extremists and fundamentalists said “The silence of the majority of the people who see the fast growing walls of division based on caste, religion, region and language needs to be broken.”

He further said that the threat of institutionalised communalism is the greatest threat facing India today. “To build and strengthen the centuries old social fabric of Inter-community peace and security should be mission of every government, social institution and individual in India”, he added.

Stating that the forum is a platform created by people from all religious communities and all walks of life, Hussain said that the sole objective of the forum is to promote peace, love, brotherhood and unity within the diverse religious and cultural fraternity that has been coexisting in India together from times unknown.

Dr. Harishchandra Nagvenkar of the Asmitai Pratishthan and member of the forum stated that in the light of India’s religious pluralism and social structure it is necessary to promote Peace, Humanity and Harmony among the different groups living in the society to strengthen our unity and Diversity.

He said “We should not forget that Peace and Humanity is a continuous process and not just a phenomenon. It is a process because once we achieve peace and harmony there are no guarantees that it will remain undisturbed and so we need to work continuously to ensure peace and harmony. I strongly feel that it can be achieved if one first learns the tenets of his own faith thoroughly and puts it into practice.”

Prof. Prajal Sakhardande said that he is part of the forum to promote unity in diversity and propagate the message of unity. He said “Peace and humanity should be the ideal face of any society. We need to rise above of our religious differences and work towards creating a harmony between all religions in our country and that is the essence of being an Indian.”

Stating that one needs to appreciate each other’s religions and highlight the positivity inherent in all religions, he said “We are humans first and we need to respect that. All our religions lead you to peace, love and humane approach. We are one.”

Claude Alvares of Goa Foundation said that only if an all-Goa committee comprised of people from various faith and religion groups is assembled and a campaign carried out, will the social fabric of Goa survive. Batting for more platforms for people from various religions to exchange their thoughts, he said “The campaign committee must organise events in which people from all communities participate in the same cultural events. This must include musical evenings, where the best performers from all the communities perform, since the appreciation of good music crosses all borders and good musicians are found in all the major communities.”

He further said that though the efforts to organize a food festival have failed, the activity will be taken up in due course of time as it will enable cooks from all major religious communities to cook for the public.

The campaign kick starts from 21 September with launching programmes at International Centre Goa in Dona Paula at 5pm and all major towns of Goa. A poets’ meet is being organised on Sunday 25th September at the Black Box of Kala Academy in Panaji alongwith college lectures and an essay competition during the campaign. The campaign will culminate with a public programme at Lohia Maidan on 5th October in the evening.