Latest
You are at:Home»BIE»Parenting Programme

Alhamdullilah! All thanks to Allah(swt) who helped making our parenting programme a successful one. This programme was held for the parents who have their children attending CC classes. About 75 parents from Lakaki and Margao attended the programme. Programme commenced with recitation of the holy quran by Miss Afreen Sheikh(JAC student) followed by the urdu translation by Miss Nafeesa (JAC student) and English translation by Miss Asma(JAC student). Then was the inaugural speech delivered by Mrs. Sheefa  Parveen(CC teacher). Later was a topic presented on importance of religious knowledge in today’s world by mrs. Tabassum Sahiba(Nazima Women’s Wing Margao). Followed by a nazm sung by Mr.Afaq(JAC student).. As it was the month of Zil Hijjah a speech on qurbani and hajj was also  delivered by Maulana Zafar Alam Nadvi.,which covered most of the aspects of  qurbani and hajj. A ppt was presented by mrs.Meenaz Banu(Principal CC & JAC) on the topic hajj by which the audience were made aware of the practical method of performing hajj. Then came the time when the efforts of our JAC teachers and students gained rewards; the skit presentation by our enthusiastic students on Eid ul Azha. The motive of this programme was to make the parents aware about how to mould their chidren according to islam; which was covered by a ppt on “Tips on Parenting” by Mrs. Meenaz Banu. Then came the time where the doubts of the parents were cleared in an openhouse session. The programme was concluded by Ameer e Muqami. 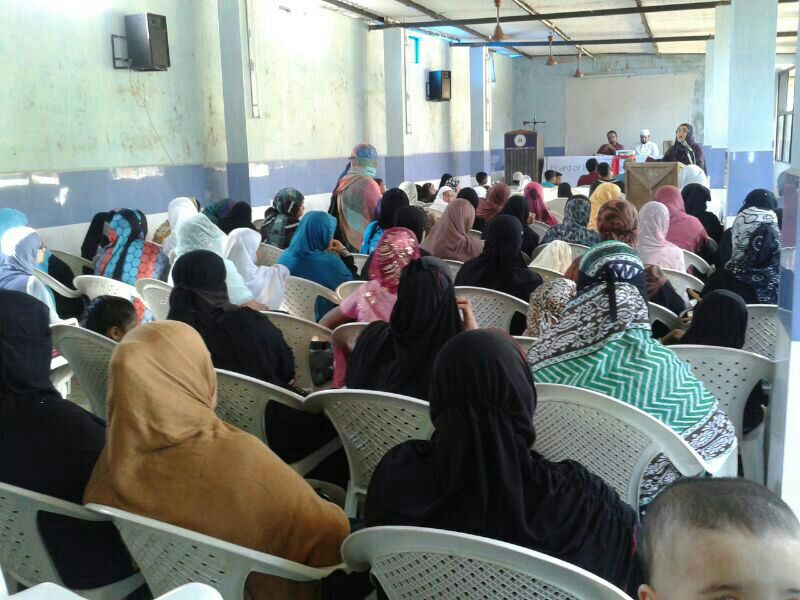