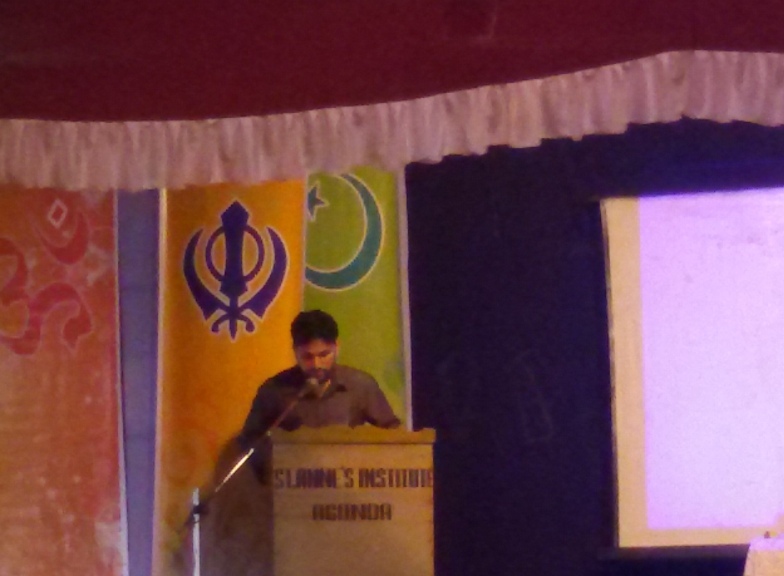 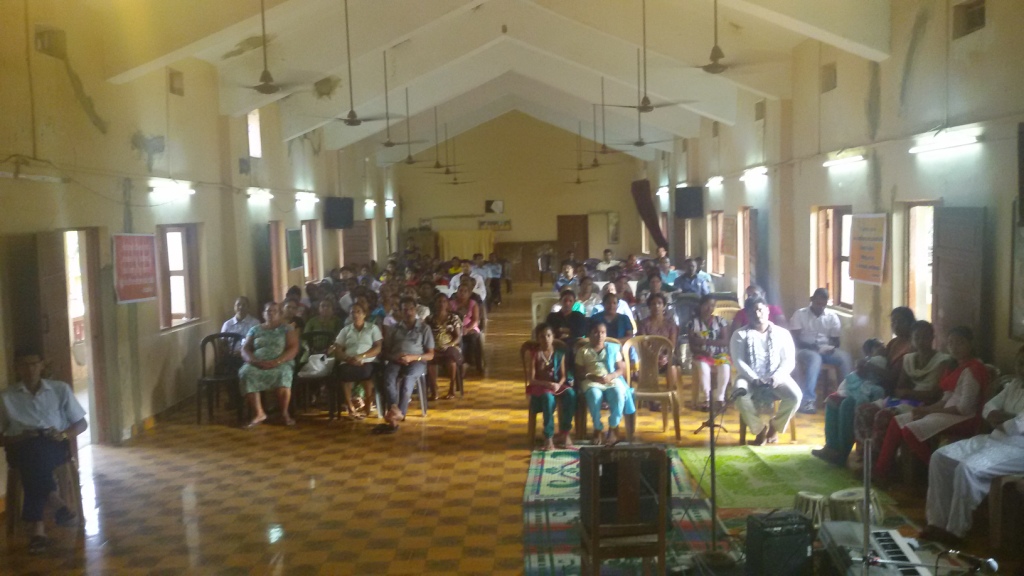 An inter –faith dialogue was organized by the Pilar Theological College at St. Anne’s Parish, Agonda- South Goa. The scenic location of the Church at Agonda was an ideal venue symbolizing the need for harmony and peace between the different faith’s.
The villagers had come enthusiastically to be part of the meet. The speakers for the occasion were Ramesh Veluskar (Retd. Teacher), Fr Eusobio Gomes ( Editor VIxtt) and Br. Asif Hussain ( Member Jamaat-e-Islami Hind). All the three speakers agreed that the need for such gathering has become all the more important as spaces for dialogues and understanding of each other’s beliefs is fast eroding. Mr. Ramesh Veluskar narrated a life time event to argue for the unity of mankind. He said selfishness and greed have changed the society’s approach and attitude to life.
Mr. Asif Hussain said that unfortunately today religiosity has become a package of rituals. He said a conscious faith based on knowledge has to replace the ritualistic approach to faith. He lamented that today most of the followers are blind followers and most do not refer to their primary sources of belief rather accept every tradition that has been passed down over generations. He said belief in the Oneness of God Almighty accompanied by adherence to the divinely revealed guidance will break man- made barriers of caste, religion, language and regionalism. He said one of the reasons for mankind to lose way in life is his refusal to accept the “Day of Judgement” and its implications. He concluded by saying that mere lip service to faith will not help us see the unity of mankind and human brotherhood.
Fr. Eusobio Gomes focused on the current scenario in the nation where intolerance and hatred is being promoted. He said the Secular status of the country needs to be upheld and for that organizations that use propaganda against religious minorities should be held accountable for promoting hatred between communities. Earlier passages extolling human brotherhood from the different religious scriptures were read out by representative of all faith.