Latest
You are at:Home»Regions»Panjim»Monthly Lecture Series – An Introduction to the Study Of the Holy Quran 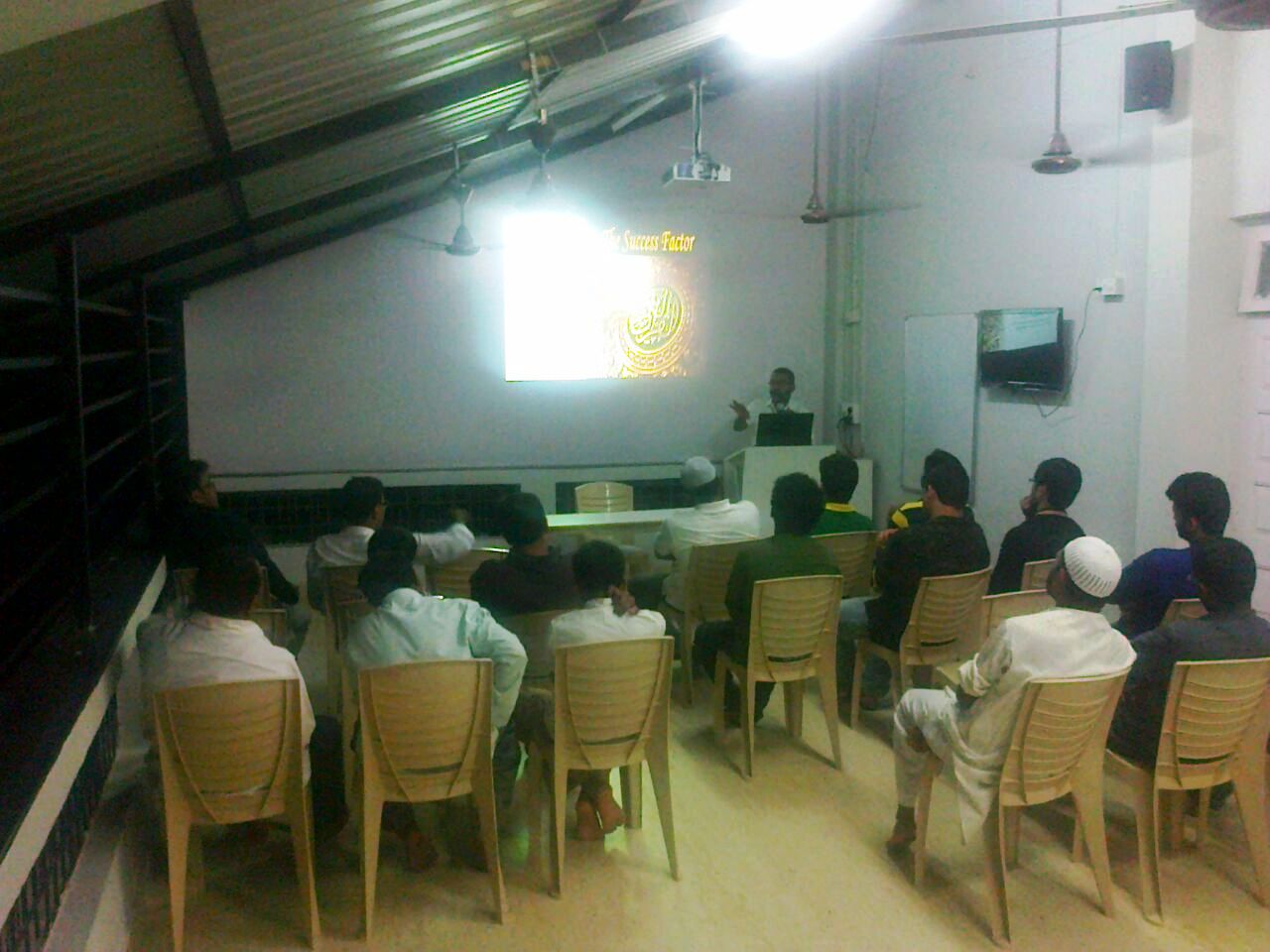 Students Centre – Miramar organizes monthly lecture series on Islamic Topics for the residents of Panjim – the capital city of Goa. It lacked such initiative in the past and the monthly series has been a boon for the students and youth of Panjim to acquaint themselves with Islamic knowledge.
The topic for the month of September was “ An Introduction to the Study Of the Holy Quran”. Br. Asif Hussain in a Power Point Presentation touched upon various aspects of the approach to the study of the Quran. In the 60 minute presentation he impressed upon the audience that the focus point of the Quran was guiding mankind in his life’s journey.
He said one must keep this in mind that the Quran was essentially revealed to guide mankind. There are innumerable gifts from Allah (swt) but the greatest gift was that of revealation of the Quran to Prophet Muhammad (saw). The Quran was revealed gradually according to the requirements of the Mission of Prophet Muhammad. He said studying the Quran without knowledge of the life of Prophet Muhammad(saw) and the prevalent conditions of mankind and Arabia during those times would not only make it difficult but nearly impossible to fathom the wisdom of the Quran. The Quran he said was a unique book unlike the conventional books we read and study in school and college but very much in a different mould of its own. It is necessary to understand the style and approach the Quran uses to guide mankind. He said while talking about history, astronomy, biology and creation of mankind the Quran does not fail in addressing its primary focal area of guiding mankind. He said the Quran talks about science and natural phenomenon only to invite mankind to ponder and conclude the Lordship of the Creator over the Universe. He said the Quran appeals to the heart as well as the intellect. He said Allah invites mankind to ponder over the signs in the nature around him and within him. He said while one is reading the Quran it is not difficult for him to feel like a party in the ensuing interaction with the Creator. He said the Quran invites , persuades, warns and gives reasons and puts forth arguments dispelling doubts that crop in the mind. Knowledge of the verses revealed in Makkah and Madina and their context were a must to grasp its wisdom.
He said though the Quran is an invitation to all of mankind but only those sincere in heart and earnest in seeking guidance about the reality and purpose of life will be guided right . He said not all who read it will be guided by the Quran but only those who have an open and unprejudiced mind and approach will benefit from the Quran. He said one should be willing to mould his thought and action according to the guidance of the Quran to seek benefit from it. He said there are verses in the Quran itself that tell us how one should approach the study of the Quran. He concluded that the book was full of wisdom and enlightenment for everyone the young and the old , to the men as well as the women, to the rich as well as the poor , to the ruled as well as the rulers, to the intelligent as well as the emotional. Later br. Sohail proposed the vote of thanks and introduced the forthcoming campaign “ Apna Mukam Paida kar” by Students Islamic organization of India Goa Zone.