Latest
You are at:Home»Uncategorized»Quran gifted to shripad Naik 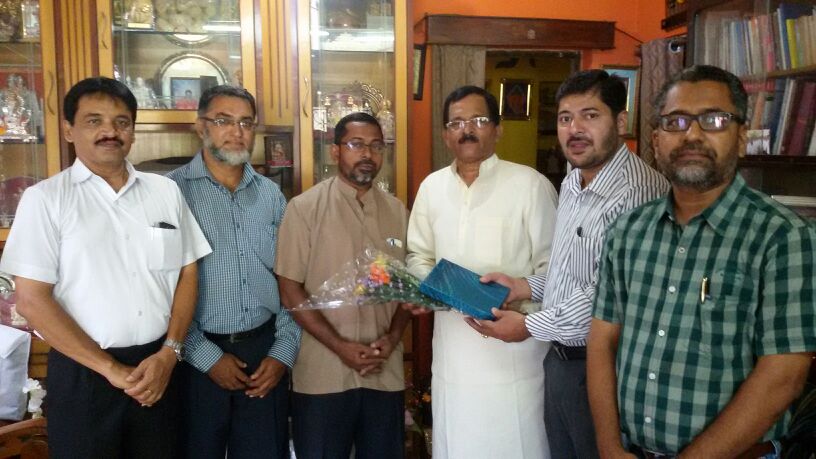 As the month of Ramadhan  is  fast approaching a delegation of Jamaat-e-Islami Hind workers paid a visit to the fourth time victorious North Goa MP Mr. Shripad Naik.

The delegation introduced the activities of Jamaat-e-Islami Hind and said that JIH believes that mankind is the best of God’s Creation and hence more responsible and accountable to God. Mr. Asif Hussain in his short introduction stated that the problems of mankind were  the result of mankind ignoring and failing to acknowledge the guidance of God Almighty. He said all men are equal before God Almighty and the only criteria of differentiating was the degree of righteousness of the Individual.

The delegation expressed the expectations of the general public from the new government and asked him to fulfill his responsibilities towards the people. Mr. Shripad Naik was given  a copy of the Marathi translation of the Holy Quran.