Latest
You are at:Home»Regions»Margao»ISLAM – ENSURING HARMONY IN HUMAN LIFE 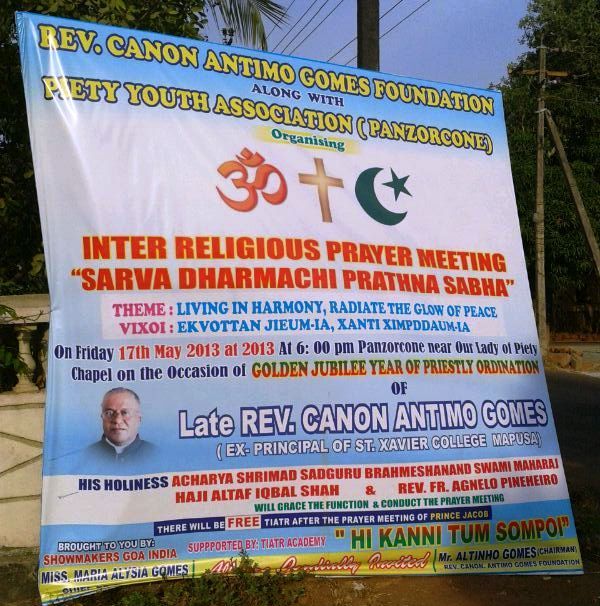 Rev Canon Antimo Gomes Foundation along with piety youth association organized a inter-religious meet on 17 may 2013 at 6 pm near our lady of piety chapel, Panzorcone,Cuncoilim.The speakers of the day were Acharya Shrimad Sadguru Brahmeshanand Swami Maharaja representing the Hindu community, Father Agnelo Pinhero represented the Christian  community and Jb Haji Altaf Shah from Jamaat-e-Islami Hind spoke about role of  Islam in ensuring Harmony in Human Life.

Prog started at 7 pm and Jb Altaf Shah  spoke first, He emphasized the importance of the belief in Tauheed , Risalat and Akhirat  in detail with Quranic quotes and also the status of Jesus Christ as mighty messenger of Islam and the respect and honor accorded to mother Mary in Islam. Father Agnelo Pinheiro spoke well and the Swamiji who traveled with his followers was very eloquent  as he spoke about One God who cannot be seen and has no form.