Latest
You are at:Home»WINGS»GIO»RESIDENTIAL PERSONALITY DEVELOPMENT CAMP FOR GIRLS 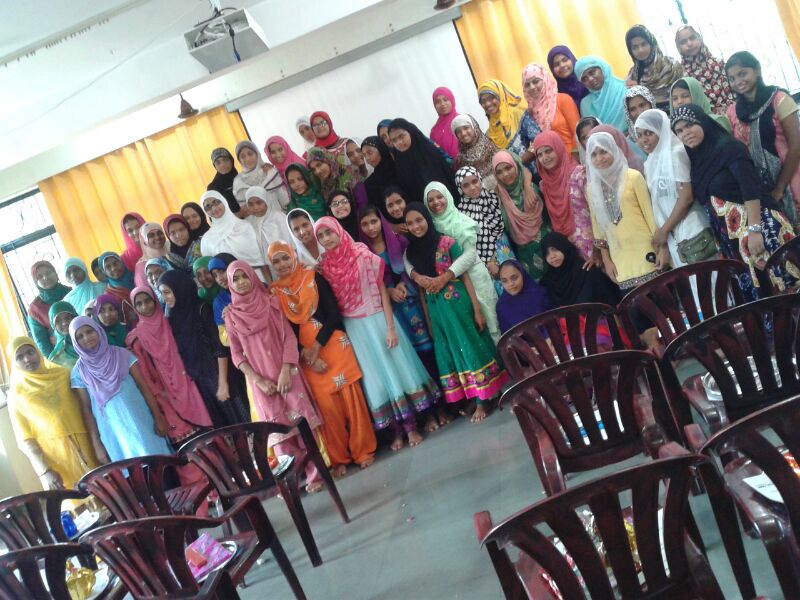 The seven days residential camp  organised by GIRLS ISLAMIC ORGANISATION in association with Women’s Wing (Jamat e islami hind) concluded on 31st of may 2014. The camp was organised for girls in the age group of 12-15 years and a total of 63 girls  from all over Goa  attented the camp.  Miss Ambrin Beig (President GIO Goa Zone) was the program co-ordinator and Mrs Saleha Asif was the camp incharge.
Programs started from 25th of May which included daily memorising of supplications, quran study circles.,hadith discourse and lectures. Topics for girls such as logical discussions on existence of Allah, His Prophets and the necessity of life after death etc were covered in the camp.
Some knowledge gaining lectures were delivered such as Encountering School Environment.,Contribution of muslims in the field of science.,Encountering Satanic Traps etc. These topics helped the girls clear their doubts and would help them  deal appropriately with  the vices in school environment and be alert  to the satanic traps.
An outing was planned for the girls where they got a chance to refresh themselves and they played various outdoor games with the volunteers.
Girls  are known for their art and creative ideas and the same was witnessed during the 7 days of camp. Mehendi and Calligraphy competitions were held where all the girls showed keen interest and showed their talent. Prizes were given out for the same.  Girls were also judged  for their punctuality, discipline and active participation and for the same prizes were awarded. Writing skills are a must in this challenging world. The girls were made to write bulletins at the end of each day in order to improve their writing skills. The seven days camp was a full package of training to the girls which ended up with oath taking and prize distribution ceremony on 31st May 2014. The chief guest  was Mrs. Yasmeen Firoz Aga ( Teacher Fairyland School Bicholim) who felicitated the girls and spoke about how girls could manage studies and home together. She also explained the importance of deen in our life.  The “Student Of The Camp Trophy”  was awarded to Miss. Saniya Makandar from Vasco.
Camp ended on an emotional note and at the farewell most participants thanked the volunteers of GIO.
Ameer e halqa in his con c luding address appreciated the efforts of GIO and asked the participants to be examplary  in their life.